Daewon had two days to overcome how he felt until it was time to meet the girl back at school, the next Monday. While he felt happy because, this time, he got to share his feelings, he still felt like he went back to point 0. After all, even in his previous life, only after the performance could he share his feelings, but he never got the chance to do it. So, without a doubt, he felt scared when it came to thinking of that day.

Maybe it was because of the lack of time that he could overlook this ‘rejection’ and continue with his plan. The weekend passed quickly, and while nothing much happened, he still followed his two suspects.

On Monday, he was the first one to arrive in the classroom. Following him, two of his friends came. He would soon understand that the fact that he arrived early turned out to be his biggest mistake. After telling his friend, Raon, about his confession, he got the reaction he never wanted.

‘So you still couldn’t confess!!’ Raon busted out laughing. ‘She even made you wait almost a month until you could even tell her! My friend, you’re so bad at this!’

Without a second thought, Hana, Soo-Yun’s best friend, smacked the boy’s head. While she was more on her friend's side, she still admired the boy for confessing his feelings.

‘Daewon, don’t listen to this idiot! He never confessed to anyone, and yet he nags you about what happened. I think it’s so brave of you to finally confess! Good for you!’ Hana reassured the boy

‘As if I would need to do that! Hmph! I don’t ever need to confess. All the girls line up to be my girlfriends!’ Raon didn’t waste a second to come up with this response

Hana, mockingly, looked around inside the classroom, then puffed. The three of them were the only ones inside.

‘So… where are those girls that line up to be your girlfriends? I never saw any of them.’

It didn’t take much time until the two of them started to argue with one-another. While Daewon didn’t enjoy this kind of fight between the two of them, this time, he breathed in relief, as the subject of conversation wasn’t focused on him anymore. After hearing them argue for some time, Daewon came to calm them down.

‘The week barely started, are you going to keep that up all week? It’s too early for this…’ Daewon attempted to quiet his friends

His comment seemed to make his friend angry. Daewon rolled his eyes and snarked a reply, ‘Well, then I think you don’t need someone to pay for your lunch today, if you’re making this kind of comment.’

Quickly, Raon came to apologize. ‘I am terribly sorry, my dear friend! I would never try to mock you, when you are so generous to buy me lunch!’

As they laughed off this situation, it didn’t take long for the other colleagues to join the class. Soon, Soo-Yun came too. Daewon looked at her, without being able to hide his red cheeks. He felt awkward, after their last talk, but the girl seemed to not mind it, as she came and talked with them like nothing happened.

‘Do you guys know that we have a new transferee? I heard it when I passed down in the hallway.’ Soo-Yun informed her friends

‘At this time? It’s quite strange to transfer in the last year.’ Hana contemplated over

Raon, who had all sorts of friends, came up with a theory. ‘Maybe this person was forced to transfer here! Maybe they expelled him and because of that, he had to come here!’

While his theory could be true, his friends seemed to not enjoy it as much as he did. Now that he thought of it, Daewon remembered this event, but he never interactional with the new colleague of his, and he never thought anything of it. Maybe now, he could pay a closer look at him.

‘I think he moved to this city recently. Maybe that’s why he transferred.’ Daewon shared his theory

For a strange reason, his friends looked confused at him. Raon confronted him: ‘How do you know it’s a boy? Soo-Yun never mentioned it.’

Daewon messed up again. As he grew confused between the other timeline and his actual timeline. While Hana and Raon didn’t think anything suspicious of it and only wanted to know why the boy made this assumption, Soo-Yun was the only one to be suspicious, as she had encountered his strange behavior two times before.

‘I was just guessing.’ he laughed it out

Yet, not 5 minutes later, his guessing came true. As soon as their teacher entered the room, she was accompanied by this tall and handsome boy. While all the girls swooshed over him, Soo-Yun seemed to be confused about him.

‘Tell the class something about you.’ the teacher invited the boy to present himself

Under the whispers of the class, the boy started to present himself.

‘Hello, my name is Tak Cheonsa. I hope we can be friends.’

He quickly ended his presentation with a bow. No one said anything, but he could hear people whispering about him while he was going to take his seat. The teacher sent him to the other end of the classroom, far from the four friends.

It was strange that no one seemed to care about the new boy. Maybe it was because everyone has already made friends with one-another. He didn’t mind it.

‘Doesn’t his aura scare you?’ Raon turned around towards Daewon

‘He seems… I don’t know! Maybe he really was expelled from his older school.’ Raon continued

After hearing Raon’s remark, Daewon raised his head. When he looked up, he saw the new transferee staring at them. It was strange, he couldn’t have heard them, or could he? 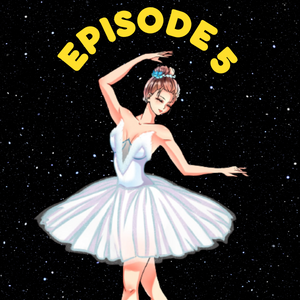