After the first hour of the day ended, Daewon and Raon wanted to greet the new guy, but something strange happened. The exact moment the teacher left the class, Soo-Yun hurried outside the classroom without talking to her friends. What was even stranger was the fact that the new boy, Cheonsa, followed the girl right after she left the classroom.

‘What is it?’ Hana asked, as she raised her head from the book

‘The new boy followed Soo-Yun as soon as she left the classroom. Do you think they know each other?’

The girl rolled her eyes. ‘As if! If she had known him, wouldn’t she also know that he would come to this school? It must have been a coincidence.’

Yet, for Daewon, this coincidence wasn’t something he would ignore. While, in his previous life, he never paid any attention, nor to how the girl reacted after this new boy came, nor to the boy’s actions, this time, he had to pay extra attention, so that he wouldn’t miss anything.

He stood up quickly from his table, and when asked where he was going, he wasted not a second and lied to his friends. ‘I’m going to buy something to eat.’

‘This early in the morning?’ Raon asked, but his friend went out so quickly, he never got to answer back to him.

He didn’t have much time until the next class started, so, in this short time, he had to find if the two of them met. While he left quickly after the two left the classroom, it seemed like they vanished without a trace. Daewon found himself running on the hallways, trying to find them.

When he was about to give up, he glanced over the window and there they were! Soo-Yun and Cheonsa were really talking with one another in a secluded area of the school. Daewon rushed out to that place.

‘What… could they be talking about?’ he kept wondering as he was running

In that secluded place, Soo-Yun seemed to be uncomfortable. She kept looking from left to right, as if she was trying to escape that place as soon as she could, while the boy, Cheonsa, seemed to be demanding an answer.

Daewon waited for a moment, as he wanted to hear what they were talking about.

‘Why do you pretend not to know me?’ Cheonsa cried out. ‘Do you… somehow… feel guilty?’ and, while whispering the last sentence, a smirk appeared on his face

Soo-Yun’s eyes grew bigger, and she took a step back. Muttering something that Daewon couldn’t really understand. Soon, Cheonsa approached the girl, whispering inside her ear.

While he tried to whisper it, Daewon heard it loud and clear. He couldn’t stay hidden anymore, now, he went there and confronted him. At that moment, when he took the girl’s hand and hid her behind his body, the girl seemed to come to her senses.

‘New boy, do you have any problems? Don’t you have someone to pick on and try your luck on a girl?’ he gritted his teeth

‘Oh, are you her boyfriend? Soo-Yun, why didn’t you tell me?’

Daewon could feel the girl trembling after he called out her name. He didn’t think anything strange of it, as all of them had their names on a tag on their uniform, but the way he talked with the girl, it was indeed strange.

‘If you ever bother her again, you’ll have to face me first. If you are so eager to cause trouble, then, pick someone your size. Don’t be such a loser that picks on someone weaker than him.’

As Daewon took the girl from that place, he couldn’t clear his mind on how strange the boy was. When they lost sight of that boy, Daewon finally talked with the girl.

‘Are you okay? Did he do anything to you? Please, tell me.’ he seemed concerned

The girl didn’t look into his eyes, and her response lacked any implication from her side. ‘Nothing happened.’

The moment they arrived in the classroom, despite Daewon’s expectations, the girl didn’t stay in class. It seemed that the talk she had with the new boy tormented her. As soon as she entered inside, she took her belongings and went home. Without talking with anyone.

‘Daewon, did you do anything to her?’ Hana asked

‘No… I don’t know what had gotten into her.’ he replied as he also took his belongings. ‘I’ll go make sure she arrives safely at home.’

Yet, before he could leave the classroom, the teacher came inside and, without a doubt, didn’t allow him to leave, as he did not have a proper reason as to why he would skip school. He tried to beg for his teacher to allow it, only this time, but he got rejected, and was made to return to his table.

‘Why did you get so worked up? She will be fine.’ Raon told his friend

‘You… don't know.’ Daewon responded as he looked at how Cheonsa returned to the classroom, having a big smile on his face. 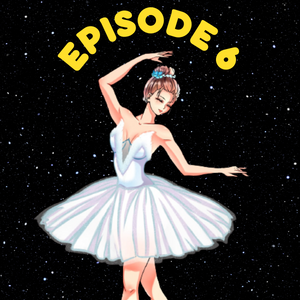