Despite his attempts, Daewon couldn’t get past his teacher’s words. Unable to go after Soo-Yun, he thought to himself that one hour wouldn’t be too late to go after her, as he made up his mind to leave as soon as the hour ended.

As he leaned over his desk, he couldn’t stop but wondered why he didn't notice the new boy sooner. It was for sure that because of him, Soo-Yun left like that, but the reason why was something he didn’t know. As he tried to puzzle things out, he remembered that in their previous life, Soo-Yun didn’t come to school as often as she would, but at that time, Daewon closed his eyes on this matter, as he thought the reason behind it may be the fact that the performance was approaching.

Glancing over at Cheonsa, his heart shrunk! He was smiling. It couldn’t have been the current subject that was being taught in that math class, for sure. Even when he entered the class after Soo-Yun left, he had a smile on his face, but now, it felt even creepier.

‘Daewon, what are you staring at?’ Raon elbowed his friend

He let out a loud sigh, as he closed his eyes and turned back from his friend. This time, he would, for sure, take action in this matter. After all, he spent a lot of time monitoring the other two suspects he had, it wouldn’t hurt to look after a third one.

‘After this class, do you want to go grab something to eat? I feel like I’m starving!’ Raon cried out as he leaned over.

Daewon quickly rejected his offer: ‘I have to leave after this hour, but you can ask Hana.’

Their conversation was soon interrupted by their teacher. Time passed, and with that, the hour soon came to an end. The class emptied out sooner that Daewon could even gather his stuff as the lunch break came.

Cheonsa looked over at the boy, with that smile on his face that yet hadn’t faded away, and left. This angered the boy, but he couldn’t complain about it. He kept on ringing Soo-Yun, but without an answer.

Daewon decided that he would find her anyway at the Ballet Academy. As he was about to leave, he saw that Cheonsa had forgotten his wallet. For a moment, his conscience came into play.

‘He would look for it, wouldn’t it…’ and, for a moment or two, he kept on wondering what to do. ‘It doesn’t matter, I’ll give it to him, maybe I get a chance to get to know him better.’

Unbeknownst to him, this choice that he made will soon piece together the puzzle he was trying to solve. As soon as he took the wallet, he dropped it on the ground. From it, a Polaroid picture came out. He didn’t want to look at it, but, because of the state of the matter, it wasn’t possible.

His expression paled as he looked over at the picture. There was Soo-Yun’s picture from when she was younger.  There was his clue! They know each other! As he took a picture of the evidence, the moment he tried to put the Polaroid back in his wallet, he soon found another picture of the girl, but this time, it was a recent picture.

‘This madman!” Daewon yelled out as he couldn’t stay still anymore.

He left in a rush, searching from Cheonsa. At first, his intentions were pure as he tried to give the boy the wallet back, but now, he couldn’t care less about the damned wallet. He had to confront the boy.

He wandered around, asking left and right, until he found the boy on the rooftop, alone. Daewon hurried over to him and grabbed him by the collar. He felt his blood boil as soon as their eyes met, and he looked at how Cheonsa stared at him with that ignorant look of his.

As he raised the picture from his wallet, he yelled his question: ‘Why do you have this, you dumbass?!’

Then, the boy started laughing. He slapped Daewon’s hand off his collar. With a quick movement of his hand, he took back the wallet from his hand.

‘Oh, so it seems like Soo-Yun has a puppy following her tail.’ Cheonsa raised his chin up and stared him dead in the eyes, ‘But doesn’t that puppy know that the owner can’t be trusted?’

‘You must be out of your mind! Do you hear what you are saying or not? Why are you stalking her?’

Cheonsa laughed ‘Stalking? Oh, you really don’t know her, don’t you? If she really considered you to be someone close to her, then you would have known that we were friends for longer than you could think.’

There was a moment of silence. If it were from Daewon to hear this at any moment, he wouldn’t think much of it, but knowing how the girl's life ended, this was highly suspicious. He took a step back and glanced over at the boy.

He couldn’t be certain, but the body posture of Cheonsa was similar to the one he fought with. The way he didn’t even flinch when he grabbed him by the collar was something suspicious too.

‘Who are you?’ this question slipped through Daewon’s lips

‘Me?’ Cheonsa approached the boy and leaned over, whispering into his ear, ‘Why don’t you figure this out yourself?’

Their first interactions is fun and don't worry Daewon you are getting close to your answer. 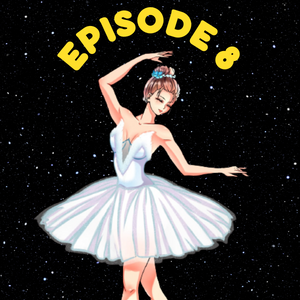