Cheonsa didn’t hesitate to mock Daewon indirectly. By asking him to be the one to find out who he really was, it was, for sure, to show who had the upper hand in this matter.

For the first time, the realization hit Daewon as he contemplated the many things the girl never shared about her. While he never asked her to share something she wasn’t comfortable with, there was a reason as why, this time, he wanted to break out of his character by asking her what kind of ties she had with this boy.

The moment after Cheonsa whispered his reply passed by like a breeze, and the boy returned to his position. Not sparing a single glare to the clearly confused Daewon, Cheonsa smiled as he took his goodbye.

‘I pity you. Can you truly love someone this much, when the feeling isn’t mutual?’ Cheonsa left right after asking him the question, as if Daewon’s response didn’t matter.

He never got the chance to answer his question, but it did leave him with a question that will haunt his mind for some time. The lunch break was about to end when Daewon checked his phone in the hope of an answer from the girl. Nothing.

‘She should be safe…’

He put back his phone and hurried back from the rooftop. Carefully, he managed to sneak out without being noticed. It wasn’t like he usually skipped classes, so he didn’t know how he managed to successfully get out, but he managed.

As he left in a hurry, only now did the thought cross his mind that he could have asked Hana for a number of any colleagues of Soo-Yun to ask about her. Now it was too late.

As he arrived in front of the entrance of the Ballet Academy, he was quickly stopped by a guard that he had never seen before.

‘There aren’t any visitors allowed today. Head back home, kiddo.’ the guardian replied

‘I’m sorry, I came to visit a friend of mine. I just want to check and see if she came here safely, as she didn’t pick up her phone.’

The guard looked down at his desk, glancing over some written papers. He was shaking his head.

‘There’s not too much I can do to help you. There are a few rehearsals taking place for the upcoming festival, so I’m not allowed to let any outsider here. If you want, you can wait outside for your friend. Yet it will take some time.’

Grateful for his attempt to help him, Daewon quickly thanked him. ‘I’ll wait outside, then. Thank you for your help.’

Outside, he found a bench under a tree and sat in his shadow. He couldn’t call his friends to hear if any of them got any response from the girl, nor could he go inside and look after her, so, the only thing left for him was to wait.

The time passed much slower than it would if it were for him to be at school, and, before he knew it, the sun was almost setting down, yet not a single person left the Academy. Soon, he got a call.

‘Yo, Daewon, where are you? You should have said you were going to leave, I would have come with you.’ his friend, Raon, nagged him

‘Did Soo-Yun call Hana by any chance?’ Daewon changed the subject

His friend got quiet for a moment: ‘I don’t think so. Why? Are you still thinking about what happened today?’

‘I can’t wrap my fingers around it, but there is something so wrong with this guy. I think they are acquaintances.’

‘Hana also pointed out something like that, but she said that Soo-Yun never told her anything about him, so I get why you are so scared. Yet, even if they know each other and aren’t in the greatest relations, they would just ignore each other and that’s all. There isn’t anything wrong that can happen. ‘ Raon

Daewon’s voice cracked as he muttered his response. ‘Are you really sure? Can you guarantee that nothing would happen to her? You can’t, and because of that, you can never close your eyes on matters like this one.’

The atmosphere became tense, as his friend tried to figure an appropriate response.

‘You are strangely different, Daewon. Those days… you’re not the same as I used to know. You are so worried about Soo-Yun, what happened? Do you know something that I should also know?’

His question remained unanswered. Contemplating for a moment, he continued. ‘I understand it. Just keep in mind that I am here if you need someone to rely on.’

‘Thanks, Raon. I am sorry I got you so worried. Maybe… when the right time comes, I’ll tell you.’

‘There’s no need. Take your time. I will always be here.’

Hearing his encouraging words, Daewon couldn’t keep a blank face. He smiled. His friend always had a charming chaotic energy around him, always making him laugh, but there were moments like this one, where he truly admired the seriousness of his friend.

‘Call me if you get any news from Soo-Yun.’ Daewon closed the phone.

He glanced over to the entrance again. While he was sure no one would come out again, this time, he was proven wrong. He could see a familiar face in the hallway, near the vending machine. He hurried over to that familiar face. It was Haru, the one who had the role of Prince Siegfried in the play.

‘Hello! Mr. Haru! Sorry for bothering!’ Daewon yelled out at the top of his lungs

Haru looked back at the boy. The moment he recognized him, he smiled gently

‘My enemy! Are you here to steal my princess?’ Haru asked, laughingly.

Haru is teasing Daewon unless he could also jolly well be another suspect. But then it'll be more complicated than I thought. Or will Daewon still think it's Cheonsa? 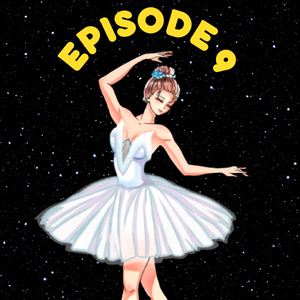