There was a glimpse of hope upon hearing Haru’s response. His eyes sparkled, not at the sight of the boy, but at the hope that the girl had arrived safely in the studio.

‘My enemy! Are you here to steal my princess?’ Haru asked, laughingly.

Haru took a can of soda out of the vending machine and raised it towards the boy, indirectly asking him if he wanted some. Daewon shook his head and, to his response, Haru nodded.

‘What brings you here?’ Haru’s question, this time, lacked any kind of amusement in it. He was serious

‘I’m looking for Soo-Yun. Is she here? She hasn’t been answering my phone… and I wasn’t allowed to come inside.’

As soon as Daewon finished his question, Haru glanced at him, confused. He then took him by the side, to the hallway that was leading to the rehearsal studio. A big TV was on the wall.

As he took a closer look, there was a list of 5 rehearsals that were listed as ‘ongoing’. The third one was for ‘Swan Lake’.

‘There couldn’t be a rehearsal without the main character, wouldn’t it?’ Haru patted Daewon on the shoulder. ‘She didn’t say anything to you about this?’

Daewon shook his head. ‘No. She forgot to mention it.’ he breathed in relief. ‘Maybe that’s why she looked so distressed.’

‘Could be. So, are you going to wait for her? I think you should go home. The rehearsal could take another 4 hours, and it’s already getting dark.’

He was shocked upon learning how long a rehearsal could take. He was already waiting for some time, and there were at least 4 hours left. Haru quickly explained to him that they had to work harder as the festival was the biggest one every one of them attended, so it was an opportunity they couldn’t miss.

After their short conversation was over, Daewon asked Haru to pass on the word to Soo-Yun to call him when she finished her rehearsal, so he could come pick her up. Soon enough, his phone buzzed. As he picked it up, his face lit up and a smile appeared on his face.

‘Thanks for checking up on me. I’ll call you when I finish the rehearsal, how does that sound?’ the text belonged to Soo-Yun

Daewon couldn’t contain his happiness upon reading Soo-Yun’s message. It was one of the first times she came back to say to him that she was safe. For a moment, he wondered if maybe the change that took place happened because he confessed his feelings to her. Maybe it was true, or maybe it was because the girl respected his wish for her to allow him to protect her.

While he typed out the response, his phone buzzed once again. This time, it was his friend, Raon.

‘Did you find Soo-Yun? Come with her, let’s grab something to eat on our way home.’

Daewon opened his message and started typing out the response: ‘I’ll come to keep you company, as I have to return when Soo-Yun finishes her rehearsal. Where are you heading?’

He closed off his phone, forgetting to respond to Soo-Yun. He slowly started to walk towards the meeting place. The breeze of the wind cooled him off. On his way, he passed by the high school which looked empty, after everyone left home. Then, he passed by the alley of cherry trees, where he confessed his feelings. He felt a sudden wave of nostalgia that he couldn’t explain.

He couldn’t figure out whose silhouette he saw, but, as he approached it step by step, the silhouette became more visible, and, soon, Daewon could feel the adrenaline pumping through his veins, and his face became red from anger.

He quickly hid behind a wall, glancing at the silhouette. It was Cheonsa.

Question over questions kept echoing inside his head: What was he doing here? Was he stalking the girl? Was that why Soo-Yun got so shocked when he moved into their classroom?

By impulse, he wanted to come out and confront him. In his hurry, he stumbled upon an empty bottle.

The bottle rolled over and hit a wall, shattering with a loud bang that drew Cheonsa’s attention. At that moment, Daewon held his breath, as if he wanted to become invisible, something beyond his powers.

Daewon had learned from all his small encounters with the boy, that he was someone different. Without a doubt, Cheonsa quickly caught on what happened and walked off, as if nothing happened, as if the whole incident of him stalking Soo-Yun until he found her house, wasn’t anything strange.

‘I swore that, this time, I’m the one who will be one step ahead.’ Daewon thought to himself as he started following Cheonsa

Maybe it was the adrenaline that rushed through his veins, or maybe it was the foolish idea that he could actually change anything, but Daewon found himself dragged into following the boy.

He kept his distance from the boy, but every time Cheonsa stopped or looked back, Daewon held his breath and hid behind the closest item. He didn’t know how much time had passed, but they arrived in front of a building.

‘So this is where you live.’

Well it could or could not be. Unless it's a residential building. 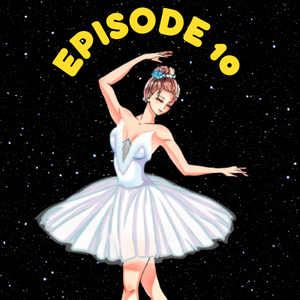