‘YOU PSYCHO!!! YOU DARE TO SAY THAT YOU DON’T HAVE ANYTHING TO DO WITH HER?! EXPLAIN THIS, YOU BASTARD!’ Daewon yelled back

This room was supposed to be his bedroom, but it turned out to be some kind of shire for Soo-Yun. There was a blanket on the floor, and a small laptop near the pillow. This is everything in the room.

Cheonsa pushed himself onto the door, even harder than before, in that attempt to open it. ‘Get out! Now! I’ll kill you!’

To say that Daewon felt overwhelmed was an understatement. After all, he never thought that the decision to follow Cheonsa home would change his view completely on this matter.

Like pieces of a puzzle coming together, this was the moment he got the answer he had all those days: Cheonsa was Soo-Yun’s killer. Now it was clear to him why he got that familiar feeling the moment they fought. It was because they encountered each other before.

On the other part of the door, Cheonsa was getting impatient. In that split second, Daewon left from the place where he blocked the door, the door opened the moment he wasn’t there to hold it anymore.

Quickly, Daewon grabbed the only thing he could use to protect himself: Cheonsa’s laptop. While this wasn’t necessarily the greatest weapon, it was at least something. If he wasn’t able to fight Cheonsa when he didn’t have any weapon, it was certain he would not win against Cheonsa who had a knife now.

The first reaction Daewon had upon grabbing the laptop as a weapon was to think how heavy it was. It was so heavy that he almost dropped it on the ground. The next second, Cheonsa was an inch close to his body, prepared to stab him into his stomach. He didn’t know where to aim with the laptop, as if it were to hit Cheonsa’s head, he wouldn’t know the nature of the wound, so he played it safe, and he hit his hands with the laptop.

From the impact, both the knife and the laptop fell to the ground. This didn’t scare Cheonsa, not even a bit, and despite the impact being one hard, he did not flinch.

This time around, the tables had turned. The one who pushed the other person to the floor was Daewon. He put his body onto Cheonsa and punched his face over and over.

‘You have any excuse for this, you psycho?!’

‘You’re the psycho here! You don’t know her, but both of you deserve to die! I’ll kill both of you!’ Cheonsa yelled out, he spit blood with every word he muttered

Daewon’s knuckles were covered in blood from all this beating, but the same could be said for Cheonsa, who managed to overthrow Daewon again.

As if the two of them had lost their minds, the fight would have never stopped if it weren’t for the police officers that barged in. While the apartment was isolated, being on the last floor, that didn’t mean that all their fighting wouldn’t be heard. After all, they also left the door open, so everything they had done was heard.

The moment the two of them were separated, Daewon felt dizzy. Everything after that was a blur. From how they took them out, to how Cheonsa’s neighbors stared at them, and even to the ride until the Police Station. Everything was a blur.

It took some yelling at him from the other Police Officers for him to get back to his senses, and when he regained his senses, he only yelled out:

‘Arrest him! He’s a stalker, he will kill the girl he’s stalking! He also tried to kill me!’

The officer that was assigned to interrogate him stared at him, bored. As if the accusation that Daewon made wasn’t concerning at all. The officer’s face didn’t portray any emotions, he only typed out Daewon’s response into his computer.

‘Why don’t you tell me everything that started, boy?’ the officer pointed to the clock. ‘My shift was supposed to end, but because the two of you had to get into a small fight, we have to work overtime.’

‘Small fight’? The whole attitude of the officer enraged Daewon, He knew that they wouldn’t trust the words of a kid, but to keep this attitude was, without a doubt, unprofessional.

‘Please, Officer, hear me out. That boy, he transferred recently to our school, but he… he’s a stalker! I saw his room. He has pictures of our classmate everywhere! He even knows where she lives and was waiting in front of her house! Furthermore, he said he will kill her, please arrest him!’

The officer rolled his eyes: ‘Then what were you doing? Were you stalking him too? Maybe he knows that girl, do you know their relationship?’

Daewon stuttered in his response: ‘They— I — Don’t know what kind of relationship they have. But! But!! I know the fact that he tried to kill he–’ he corrected himself, ‘He tried to kill me!’

‘Tell me how the whole fight started.’ the officer ignored his rumbling, continuing to write in his report.

‘You– Kiddo—’ he muttered, shocked by what he just heard

Let me guess Cheonsa has actual history, and the officer recognized him. That was smart, well lol to immediately go before Cheonsa tried to hunt him down and kill him. 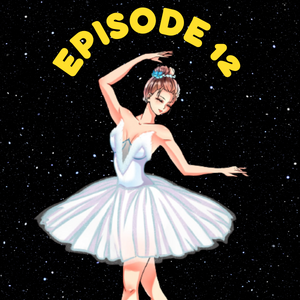