The two officers stared at Daewon in disbelief. The more they stared at him, the more he felt his body burning, hoping to disappear. He looked down, hesitant into looking into the eyes of the officers. He never thought, not even once, that he would feel like this. Why does it matter how he achieves his mission? He shouldn’t be ashamed. The officers should be ashamed for not trusting him: he knows Cheonsa’s true face.

‘Kiddo, the neighbors said they had seen you stalking him. Tell us your intentions, as the situation isn’t in your favor. Even if he had stalked your classmate, as you say, he did nothing to her, yet you attacked him and there are witnesses to this. Tell us so that we could give you a lighter punishment.’ the other officer told him

‘Exactly, come on, boy. You are still young. I get, maybe you love the girl and got a bit jealous, but don’t let that ruin your future, okay?’ continued the officer that was assigned to interrogate him

Uneasy, he couldn’t find his spot on the chair, cornered, he slowly muttered a response: ‘It’s true I… was the one who hit him first, but –’ he stopped

In that instant, he knew what he just did. He acknowledged he was the one to blame. He was the culprit. From that moment, nothing he said mattered. The circumstances didn’t matter, nor the possibility of Cheonsa going to kill the girl didn’t matter.

The two police officers looked at him with disappointment. He knew, so he looked down to the ground. How foolish of him to think that confronting Cheonsa could change anything. He got carried away because he found the true killer, and he did not think of the consequences.

Now that he thought of it, Cheonsa wasn’t in the police station anymore. Was he getting his wounds treated? He had no answer for it and the next moment, his teacher, mother, and friends, followed by Soo-Yun, came in.

‘Daewon! What did you do!’ he heard his mother ask him?

She was yelling at him, but he could feel the worry in her voice. His friends stared at him: his wrinkled clothes, the blood that dried out on his face, the wounds that he had. He was unrecognizable. A sight his mother and friends would never think they would have seen.

‘Ma’am! Please calm down, let’s ask the police officers about the situation!’ Daewon’s teacher tried to stop the woman from going to her child

It was in vain. Daewon’s mom pushed him to the side and quickly hurried to her child. The moment she was in front of him, her anger disappeared. As she took his bruised hands into hers, she could feel the tears running down her cheeks.

‘Mom, please trust me, I had my reasons to do this. He… he wanted to kill Soo-Yun! He was stalking her… and… and!’ Daewon looked uneasy, staring at everyone in the room

Everyone wore a different expression on their faces, but he could feel that no one fully trusted him.

‘What do you mean with this?’ both Soo-Yun and the teacher asked

Daewon looked around the room, as if a second look for Cheonsa would make him appear like magic. He disappeared, so he could not tell his part.

‘Soo-Yun, I had seen him in front of your house– I followed him after that– The psycho has a room full of pictures of you! He’s insane!’

Soo-Yun’s face became pale and she lost balance. It was clear: she was trembling, unable to accept the truth. On the other hand, the teacher and his friends were skeptical.

It was true, now he remembered he never got the chance to tell him his change of plans. He let out a loud sigh.

‘My child isn’t violent, officer. He’s a sweet child, please, punish him lightly, I will be sure that something like this won’t happen again! I don’t know what had gotten into him.’ his mother bowed in front of everyone. ‘Maybe it was my fault because he never had a fatherly figure to teach him how to act, but I’m sure I will take action and never let something like this happen again.’

Daewon shook his head: ‘No, mom! You don’t have to apologize, that will happen again! I will stop him. You have to trust me, he will try to hurt Soo-Yun!’

Smack! His mother slapped him over the head.

The room got quiet. After that, the teacher and police officers exchanged some words. He wasn’t allowed to talk with anyone during the time they came up with a conclusion. Even the school department got involved.

From all the phone calls his teacher took, the situation wasn’t the greatest. His friends looked at him with gloomy eyes. They don't like to see him hurt. When his eyes met Soo-Yun’s, he saw her expression: she was worried. It seemed like, even not knowing the whole context, she was scared of Cheonsa.

He swore to her that he will protect him, but now, he made the biggest mistake. Ashamed, he hid his face behind his hands.

His teacher returned to him. He exchanged some looks with his mother, then it was time to reveal the punishment.

‘I’m sorry, Daewon, but this is all we could do. You have to write him a letter of apology, and you will be expelled from school the following two weeks. You were not to talk with anyone or meet anyone during the expelling period, meaning that you are not allowed to leave your house. On top of that, you are responsible to pay both his medical bill and any other treatment he will receive to deal with this incident.’

No one dared even to breathe upon hearing of this ‘light punishment’. Daewon’s mother started to cry as he slapped him several times over his back. He screwed up. Big time. 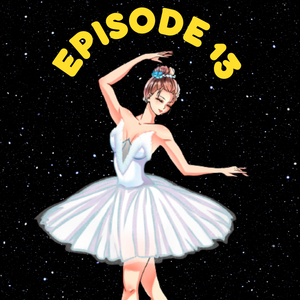