There wasn’t much Daewon could do to ease his punishment. As he soon learned, the moment Cheonsa left the police station, he got rid of all the evidence, so, when the teachers checked out, it was clear. This only made the situation worse for Daewon.

The problems piled up one after another: Cheonsa didn’t accept his apology letter, yet he asked for a large sum of money. His mother paid him until the last penny. She never showed it, but Daewon knew how tight it was for them with money. She was angry at him, she didn’t talk with him for a few days, but she still believed him. After all, he would have never done something like this without a reason.

On top of everything, the day he got out of his punishment was Soo-Yun’s concert. How could he protect her, when he will be locked out until the moment the concert will be about to start?

Every day, three times a day, his teacher will check on him. As if he was some kind of prisoner, he was treated like this. He also couldn’t talk with anyone, after all, even if he had a chance, he lost his phone who knows where.

One night, when his mother left for an overnight schedule at work, Daewon heard knocking on the door. He waited patiently in his bed for a few moments, maybe he imagined things. No one was allowed to visit him, and his teacher already visited him that night.

Yet, the knocking persisted. Daewon didn’t have any chance but to go and see who it was.

‘Who’s there?’ he questioned

From the other side of the door, a small voice was heard: ‘It’s me, Soo-Yun. Please open the door.’

Surprised, Daewon didn’t think twice and opened the door. The girl quickly entered and shut the door behind her.

‘What are you doing here? You know, I’m not allowed to–’

Soo-Yun shushed him: ‘I know, but I couldn’t wait anymore. I need answers. Please, talk with me about the whole situation… I’ll leave then.’

The happiness could be easily read on Daewon’s face. He was overjoyed as he only wished for the girl to be safe, and if he was allowed one more thing, he wished to know the truth behind the whole story.

He needed to have the last piece to complete the puzzle.

‘I’ll tell you everything. Yet I need to know your relationship with him… The few encounters I had with him… all of those pointed to your connection with him. Would you share it with me?’

The girl seemed troubled by his request, but she was in no position to reject it.

‘That day… After you left school, I talked with him. The moment I confronted him about you, he tried to make me doubt you. He provoked me to find more about him. From that point on… I don’t remember how the fight started. Yet all he had in his soul was resentment towards you. That’s why I needed the police officers to trust me… he could hurt you.’ Daewon continued

‘All of this… I can’t believe it’s happening. To be honest, I find it strange… you remember that one time you asked me if anyone was holding a grudge against me?’

‘You knew something? You had to–’ Soo-Yun stuttered in her words, ‘Everything about you… was suspicious. To be honest, I knew your feelings about me, but I never expected you to confess – and even after being rejected, you still asked me to allow you to protect me! What do you know that I don’t?’ the girl asked in tears, her voice was shaking

Daewon tried to embrace her, but she backed down.

‘Soo-Yun… I promise you… I just want to know you are safe. Let’s call everything I said just my premonitions… my mission.’ he clenched his fist. ‘If I were to fail to protect you… then I would never be able to live in peace. Not knowing I had the chance to save you and I let it slip away.’

‘Why do you say that… I'm not in such danger. Yes, Cheonsa holds a grudge against me – but not to… put my life in danger-’ the moment she muttered the last sentence, the look on Daewon’s face quickly gave away the response she needed to hear.

This time, she allowed Daewon to embrace her. She hid her face from his eyes. Daewon patted her head, it was his way to reassure her that everything will be fine.

‘I will protect you, Soo-Yun. I swear it. Even if my life is in danger, I won’t allow you to meet a cruel fate. So, please, tell me, what’s your story with Cheonsa?’

From that moment, the girl told him the whole story, not even letting go of his embrace. She made sure not to miss any detail, from the moment she met Cheonsa, to the moment he confessed to her and to the moment he got himself injured to the point of never doing ballet again.

‘I… feared this day. I did nothing wrong, but fate turned out like this. I feel sorry for him, that he never got to achieve his dream, but I never knew that he would hold such feelings for me and that he will follow me to do who knows what.’

Daewon shook his head: ‘You aren’t guilty of anything. It was his mistake that he got that injury. He shouldn’t blame you for what happened after you rejected him, as it has no connection with what happened. You are allowed to not share the same feelings as someone else, your feelings matter more than playing pretend just so he feels good. You did the right thing by not giving him false hope, so don’t blame yourself too much.’

This time, Soo-Yun raised her head: ‘You really think I’m not guilty? But… maybe if I pretended… only for a bit… this would have never happened.’

‘No. Don’t think like that. If it were for you to pretend your feelings and then break up with him, don’t you think he will still blame you for anything bad that would happen during or after your break-up? Those people… never change. You have to stay true to your feelings.’

‘What will happen next? Do you have any idea of what his next move is?’

Daewon nodded his head: ‘I need you to be prepared. I don’t want to scare you, but you need to pay close attention.’ – he paused – ‘He will try to kill you on the night of your Swan Lake performance.’

Soo-Yun gasped upon hearing this. She let go of the hug and looked at him with a scared expression: ‘What makes you think so?’

‘I…’ he couldn’t tell her that he had seen it happen. ‘He yelled that he would kill both you and me. I’m under surveillance, so you’re the one who is the most vulnerable. And when is the best time to try to kill you?’

‘Before the performance–’ Soo-Yun completed him

‘That’s right. But I have a plan. Would you like to hear it?’

WHEN IS THE BEST TIME TO KILL YOU? Bruh, that's not how you ask a girl out 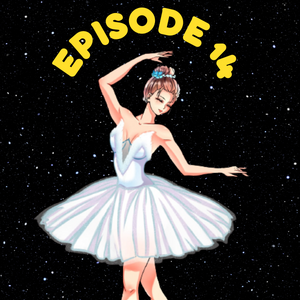