I have no idea how much time has passed since then. More than an hour? Most likely. I can't recall anything. I'm not sure what kind of grudge this bastard has against me, but he's been beating me non-stop with no breaks. "Bam!" Another swing of his crowbar caused me to spit blood. I'm not sure how much blood I've lost since he started beating. It was probably enough to cause me to lose consciousness repeatedly. I'm not sure how I'm still alive. Right now, thinking about it is pointless.

The first blow was the most painful. The blood sprayed all over the ground as he unleashed his rage on me with the crowbar he was holding. My skull is probably cracked, and I couldn't see clearly because of the heavy blood flooding my eyes. As time passed, the pain went numb. The blood puddle on the ground made me question my own eyes. Is that mine? It's still amusing when I think about it.

"Hah!" I writhed in anguish, unable to move a single limb.

"This is how it will end for the great Finn Maverick!" When the hard crowbar landed blow after blow on me, he savoured every reaction I made.

"A rich bastard like you, dying a death worse than a dog. Did you ever expect something like this to happen in your life? You didn't, did you? That's what makes it more pleasurable for me. I've always wanted to kill you with my own two hands. "

"Still trying to boast at the brink of death? It's just like you, bastard. "

"This... bang! This is how you die, bastard! " When he was about to deliver his final blow to my head, I pushed the ground with all of my strength. I fell to my back, still bound to the chair.

"Are you struggling for the last time, eh? You'll never be able to break free from that rope, no matter how hard you try. "

"I-I said, I FUCKNNNN KNOWW, YOU CUNT!!" My scream drove him back away from me.

This is my chance! Put all the stat points into strength.

A wave of energy rushed through my veins. It was painful, but I couldn't tell it apart from my current condition.

"W-What is going on?" I could understand his shock because the ropes he was so confident of ripped apart in an instant, along with the chair.

"Splat!" I spit out some blood along with my saliva. "Who's going to die a dog's death now?" I said with a broad grin.

"Y-You cheeky bastard! " Without hesitation, he lunged forward, wielding his crowbar like a sword.

"Fool." He was acting solely out of fear. The fear that his life may be jeopardised the instant he takes his eyes away from me. Fear of being overwhelmed by me in a fight.. He was a big man with a decent physique, but...

"Crack!" I kicked him right in the balls. "Haaaaaaaa!" With my strength stat currently at 10, I believe I can be compared to most of the athletes in terms of raw strength. As I got closer to Akoji, who was screaming in pain, I could feel the weight of my steps.

"Where is my phone, bitch?"

"You mean that guy you called Kiki?"

"Hmm… He went to the place you discussed?"

"Don't ask me, "What!" every fuckin' time, and tell me if he went to where two people would be waiting."

"So, he went there? Man, thanks for the info." I got further closer to him.

"Don't become involved in this filthy line of work anymore; this will be your last chance, Akoji."

I clenched my fist and punched him straight in the solar plexus. He quickly passed out. "And have a nice long nap while you wait here," I muttered to myself.

I pushed open the rusted door, which was on the edge of breaking. "This place is a disgrace for a hideout."

"Is it over, Akoji—" The people outside welcomed me with surprised expressions, and I greeted them with misery-filled fists. I didn't think about it, but I truly became powerful in an instant. It was a gamble, but it paid off. The only drawback is that my body is on the edge of collapsing from all this strain.

This place was far more desolate than I had imagined. It must be because everyone left with their boss except for a few others to guard this place. Except for the ones I just knocked down, there were just five more. And it's become quite simple to knock everyone out in this cramped building. I expected to see a few firearms aimed at me, but all I saw were some bats and chained weapons. To be honest, it's a bit of a letdown. 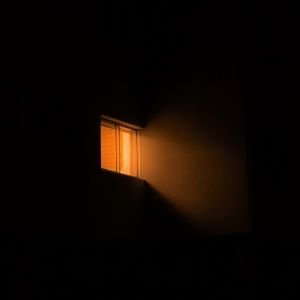