It is not uncommon for an athlete to start their career up to the pros at a later stage of life. However, the majority of athletes in the sport of dodgeball during their elementary years, giving them years of experience. Teddy Walker is an anomaly who is starting league-level dodgeball at the high school stage. Is he out of his mind? One thing is for sure, Teddy Walker is not a normal individual.

“YOU WHAT?!?!” Marcus and Veronica yelp out before realizing they are in public once and quickly lower their voices.

“What? It’s not like there is an extra complexity to it. Dodgeball is Dodgeball. Besides, you've seen me play.”

He’s so nonchalant, like a capybara around other animals.

“Why don’t we eat guys?” Teddy exclaimed, “I can’t continue this on an empty stomach….”

Both nodded in agreement. They are going to need the energy for the Trio Tryouts.

In line for the food, Veronica registers her name for Teddy’s Team on the Academy App. Within the span of a minute, they are placed in a fixture match with the team yet to be determined. Seems like they are out of the clear for a match against Raymond’s squad.

Grabbing their lunch, Veronica decides to explain more about the regulations of the Trio Tryouts to Teddy. Some major and some minor, whatever is of importance.

Overall, it was clear of one thing: these matches are vital to roster slots or even getting on a practice squad. There are over 200 student-athletes with about 60 of them being dodgeball athletes. Out of those 60 kids, only 20 will get a spot on the main roster. Also, only 10 will get a spot on either of the two practice squads, meaning the remaining 30 are left to go into another sport in the academy or just attempt again next year. It’s a cruel system that has produced the best the pro league has ever seen.

“If we don’t do well on the tryouts, guess football is the next best option,” Marcus said sheepishly. “I always wanted to improve being a fullback.”

“I don’t settle for ‘next best’, Marcus.” Teddy said with a smirk.

“The probability is looking dimmer by the minute.” Veronica states.

“Well, a famous bounty hunter once said to never tell me the odds,” Teddy puts a thumbs up, “Now why don’t we sting this ray?”

Teddy places his hand in the center. He awaits their hands out but all he sees is their deadpan face.

“Never say that again.” Both say in unison.

“So hurtful, I thought it was funny,” Teddy states with a tear in his eye.

Meanwhile in the background, Raymond looks onto the trio’s meeting in the cafeteria. He mainly peers into Teddy, blood boiling at the sight of him.

“Teddy Walker, you have put a dent into my reputation. What we had the other day was a fluke and you damn well know it! I’ll make sure you never show your face around campus after I’m done with you in the Tryouts.”

It is now after school at 3 pm as Marcus is sitting in the student lounge reading a book on anatomy and how the muscles build on his school tablet. Suddenly, a hand grabs the tablet forcefully, surprising Marcus.

“I wanted to talk with you in a more private space but this works just as well. I’m glad you made a friend in Teddy. Despite his eccentricity, you two complement each very well.”

“I wouldn’t say that but if you think so then okay. I can’t get a clear read on him.”

“It’s nice to get a mystery vibe from a guy sometimes.”

Marcus grimaced at the thought. “Sounds like something from a romance novel.” Veronica laughs.

Of all times for him to give him a notification? Marcus sighs and reads the message.

“Yo Mo! Trio Tryouts start at 6 pm! Make sure Veronica gets this as well, I forgot to give her my contact info! Make sure to wear your gym clothes!”

Marcus shows the phone to Veronica and both nod that it is time!

“Give me a montage moment, cause I’m ready to knock some heads!” Veronica yells running down the hallway.

“Well she’s fired up. Now my chance to show the academy what I can really do!”

Teddy stands in the locker room, listening to music on his phone. He’s been waiting for the moment for a long time and now it’s finally hitting him. Either make it on the team or go and play another sport. It’s like the world is against him making the team but they haven’t seen the greatness that is Mr. Self-Proclaimed King of The Court.

He suddenly realized that the locker room is very empty of other students. It’s 15 minutes before game time and there isn’t a single soul beside himself. Did he miss a memo? Impossible, he badgered the Tryout staff millions of times through today.

Suddenly, he hears a voice near the entrance of the locker room. It’s faint but he can hear these words.

Bad news. But no reason for Teddy to be nervous. Unless, it’s the biggest jerk since Frank Underwood. Along with his underlings of 2 boys and girls.

“Why, why. What’s the most talked about person in the school right now doing alone in a locker room?”

“Shouldn’t you be preparing for the match, Raymond?”

“There’s no point. You have no chance of beating my team.”

Suddenly, he gets gut punched, pushed back into a locker, while being grabbed by the head. Teddy retorts back again.

“Seems like the newcomers are getting too hasty. Am I right, guys?”

His crew starts laughing. It seems they have an advantage. Raymond seems to want to keep toying with Teddy.

“Say Ted man, I want to give you a proposition. Even I can agree you have some talent for this sport. It would be a shame to lose that for the team. But you see I’m a nice guy so I’m asking you nicely. Throw the game and we will offer you a spot on the roster. Please and Thank you.”

Is he for real? He’s got a serious pride thing. We'll be sorry to say, you lost that when you decided to face me.

“Sure I would do that. If you had any pride left. Resorting to this is just the worst, wouldn’t you say?”

One of the crew ladies snaps back, “Don’t you understand the predicament you’re in?”

“Yeah. Did I tell you yesterday? I’m better than you in every. conceivable. way. You have no chance at ever competing against me.” Teddy smirks with smugness. “I want you to let me go and I’ll forget this ever happened.”

“Or what? Who’s gonna believe this story? Nobody else except us is here in this room to see these actions taking place.”

“You’re right. Which is what allows me to do this.” Suddenly, Teddy grabs Raymond’s hand onto Teddy’s nearby body spray with quick succession. And without hesitation….

Teddy uses Raymond’s finger to press the spray which unleashes onto his eye. His whole eye, greatly filled with chemicals, makes him wince in a bit of pain.

Raymond looks in shock as the mad lad who had seemed helpless took the bold move to spray his eye.

Teddy starts walking away from the group, “For a King to become successful, sacrifices are necessary I would say.”

He starts using the eyewash and pours lukewarm water into his eye to ease the pain. His eye starts slowly coming back and he’s close to regaining sight. His eyes appear very pinkish.

“Keep me and my team out of your pride rant. Show it on the court and that alone. Unless you’re scared of me of course…and this is why I have been tag-teamed like this against your crew.”

Raymond had no idea how to respond to this new revelation. He messed with a creature, a force of nature than any sane living human being. Teddy left the locker room after a couple of minutes of washing his eyes. His eyes, still pinkish after his successful crazy attempt to show up the Stingray.

He finds his way to the large gymnasium at 5:55 PM when he comes to see Marcus and Veronica rushing up to him.

“Where the heck have you been??” Veronica asks.

“You wouldn’t have believed it even if you had seen it.” Teddy laughs.

Marcus looks at Teddy’s eye and sees the swollen pink in them. He freaks out.

“Dude, your eyes! My god, you alright? Get that check!” He’s freaking out.

“Got to say, the stingray does in fact sting.”

“THIS IS NO TIME FOR JOKES!!!!” Both worried warts exclaimed.

“I’m not joking. In fact, I’m pissed. I’m more than truly ready to show up this clown.”

They enter the gym which is inhabited by teams, no more than 20.

The large, tall muscular man from the first day, Mr. Juggernaut enters the room. Mr. Juggernaut, head coach of the dodgeball program for the past 10 years. He’s won 5 titles back-to-back and is widely considered one of the greatest dodgeball coaches of our generation. This whole identity is shrouded in mystery but most suspect he used to be a famous dodgeball himself. Not likely since there’s so little info on league records. Nevertheless, he expects nothing less than 130% percent with a 20% margin of error.

“HELLO SHRIMPS! THOUGH TODAY YOU MAY BE FUTURE HAS-BEENS, YOU HAVE A CHANCE TO PROVE YOURSELF TO COACHES AND THE PLAYERS ON THIS TEAM. EVERYTHING RIDES ON THIS! WE WILL NOW COMMENCE THE 75TH ANNUAL TRIO TRYOUTS! BEST OF LUCK TO ALL TEAMS AND PLAYERS HERE!”

But finally. This is it. 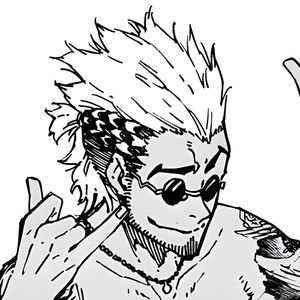 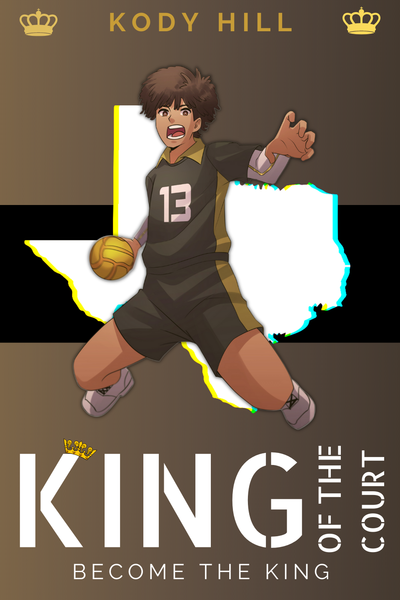 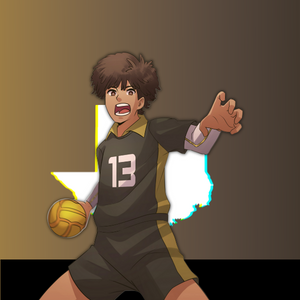