He was a fool, but I was a boy as well. I chased after Quill. Knights, many of them, and lesser guards littered the green stone grounds of the market, but none would have anything to do with Quill. They knew sending him to the barrel was a waste of time. They knew it was precisely what he wished. Perhaps it was shameful of them to let his trespassing go unpunished, but I indeed went too far in making myself his rival.
For someone who spent their days in confinement, Quill moved with swift agility.
"Put it back," I yelled while persisting in the chase.
"How would I do that, Guardsman? I've eaten it all," Quill laughed while guiding me through the maze of the marketplace.
He threw the wet seed of a devoured fruit back at me and nearly put out my eye with its juice. As he jumped over barrels, I ran around. When he slid under hung rugs, I charged through. At every turn, his movement was as if it had been planned, while my mimicry was clumsy and stuttering.
"You can't run forever!" I said with my hand reaching out to grab his arm.
My fingertips grazed his frame with great anticipation like gold under the shimmer of waters unexplored. Childish was it to enjoy our game; I enjoyed it still. Capture may not have been possible, but the chase opened my lungs. And it surely would have been a lie to deny the excitement of meeting my prisoner without duty standing between us. Such thoughts could never be spoken, but I felt them behind my pretense of justice. I needed Quill's distraction, craved it even. It was better than the smog of death I might have ventured home with. Was I chasing a boy or running from responsibility? Was I fleeing the inevitable sadness I had to deliver?
"Perhaps, but I'll last longer than your winded lungs. Arrest me, and I'll stop," he spoke before suddenly vanishing from view.
His entire body disappeared, and I approached a wall far too quickly. My legs attempted a stop, but I crashed. Had I been moving any faster, I might have broken several bones, or perhaps the injection I carried in my satchel. Regardless, my nose bled from the impact. The sudden sensation was warm and buzzing, but it took a moment to realize its origin.
"Here," Quill said as he held a cloth out to me.
His reappearance startled my unprepared eyes.
"How did you?" I muttered.
He came near and held the cloth to my nostrils till I took it.
"I'm sorry," he said, persuading me to tilt my head back with the presence of his other hand on the back of my head.
"How did you do that," I asked with greater demand, but he had already started to leave me yet again.
"Do what?" Quill played dumb.
"That trick. You disappeared."
"It's basic magic," he answered, and I followed him.
We took to an alleyway less traveled, and it had great shade.
"You know magic? You're a witch?!" I said.
"Are you alright? You're not going to bleed out, are you?" Quill spoke with laughter and ignored my realization.
"Are you a witch?!" I said and threw the blood-soaked cloth at the back of his head.
My nose had dried.
"So what if I am?" He answered smugly when he turned around to face me.
"What is a witch doing stealing from the market? Why debase yourself when you have power?"
"Magic is no power; it's a curse. I'd rather sleep in a cell than die like my master," Quill argued and shoved me against a wall.
"You're a worse fool than I thought."
"And you're just the fool I always assumed you were," he said with a grin before vanishing like smoke.
I stumbled around searching for him until suddenly I felt a tugging at my satchel. The strap split as if cut by a blade, and then it was swiftly taken from my side.
"Quill!" I yelled with frustration, but I knew he had already gone.
What was I going to do?
Turning in circles, I was restless, thinking of where to go. But I knew there was only one place. I had to go home. 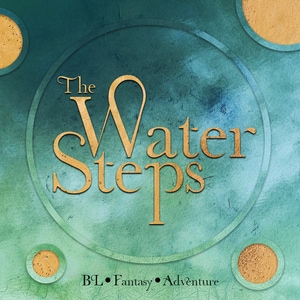