In the early summer, a dashing, young, white stallion was released from the Kingdom of Satayu to wander through the entire continent, called Jambudvipa, for a period of one year. The horse wore glittering robes under it’s stately leather saddle. A large red scarf embellished with pearls, the insignia of the Satayu royal line, was wrapped around it’s massive mane. A small white banner hung from the golden crown over it’s forehead, marked with a single, Sanskrit inscription.

“This sacred horse belongs to the great monarch, Samrat Padmapani of Satayu. It carries the blessings of the Ashwamedha Yajna. Those who stand in its path must fight. Those who let it pass must accept Samrat Padmapani as the one and only emperor and swear allegiance to him.”

In Sanskrit, ‘Ashwa’ means horse, ‘Medha’ means sacrifice and ‘Yajna’ means ritual. Effectively, the Ashwamedha Yajna was a horse sacrifice ritual. Ambitious rulers used this ritual, from time to time, decades ago, to declare their sovereignty over the rest of the world. The inscription on the white banner was an open challenge to all the neighbouring kingdoms.

Padmapani, ruler of Satayu, had already proclaimed himself as ‘Samrat’ - Emperor of the continent in the midst of the year-long ceremony. A retinue of the most skilled Satayu soldiers followed the horse close behind, ready to battle anyone who sought to capture the beast. Veerata, the emperor’s maternal cousin and favourite young general, led the troops. Even at the young age of twenty-one, he was feared as an invincible warrior, a keen tactician, and a merciless executor. Having trained in military manoeuvres and weapons of all kinds since childhood, he had a lean and muscular physique, a chiselled face, and sharp features that betrayed his imperial lineage. The only inconsistent features that set him apart from the Emperor were his blazing, amber-coloured eyes, and the curly locks of black hair that fell from a top-knot on his head down to his broad shoulders. Like his soldiers, he was dressed in heavy metal armour over a light-weight leather jacket, a metal helmet, and an antariya of plain-white cotton. Other than that, he also wore pearl danglers in his ears, a bright red cummerbund around his waist, and a dark mantle across his shoulders. On foot, he was at least half-a-head taller than his soldiers. Riding on his favourite steed, his very presence was enough to drive away possible attackers.

Many kings, despite their Kshatriya lineage - the true warrior clans, by birth, second only to the Brahmins in hierarchy - let the horse run free in their lands, accepting the terms it carried in painful silence. Satayu’s might was already well known. However, not everyone could allow their pride to be crushed in this manner. The Kingdom of Matsya was the first to capture the white stallion and battle the young general’s forces. In three months, Veerata’s troops won the siege. King Devimitra of Matsya was beheaded in his own throne room.

The news of this tragedy reached Matsya’s vassal kingdom, Amritambu, too late. Anguished upon hearing of her adoptive uncle’s demise, Queen Nandini of Amritambu ordered her own warriors to capture the horse when it reached the borders of her kingdom. Despite vehement opposition from members of her court, she prepared for battle. By some twisted luck of fate, her small army not only succeeded in capturing the beast but also brought it back to Amritam palace, the queen’s official residence, before Veerata’s soldiers got wind of the capture. Thus began the struggle that led to the inevitable fall of Amritambu. 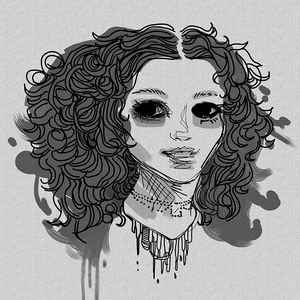 Historical fantasy is one of my favourites genres so I cannot wait to see how this story develops, it is a really strong start. 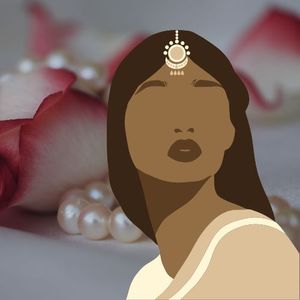