I looked up at the sky as I wiped the sweat off of my brow. The sky was gloomy and dark, as if it was going to rain anytime soon. I immediately returned back to plowing the ground as soon as I sensed that someone became bothered from just my tiny actions.

As I work in silence, the joyous sounds and loud noises from the nearby village park entertains me. It seems that they were catering to a feast. It's rare to see this happening because of the last seasons' food shortage.

In a small village far from the heart of the country, a baby boy was born with red eyes...

I'd love to join them... but I think I should not. I'm afraid I would just ruin the mood.

...carrying the symbol of blood and misfortune.

he celebration is supposed to be today at sunset. Clearly, it is still a bit early, but they're already celebrating. What are they celebrating for exactly? Well, I heard that a certain man was going to be publicly executed for his own coming-of-age ceremony.

The "Child of the Demon" is what he is called.

Funny, the day of his debut to the society was also the day it would rid itself of him...

I look around me as I worked the field alone. No one else was plowing the ground. In fact, instead of farmers, I find guards, staring at me, flinching at every abnormal move I make. Armed with guns, these people might be described 'scary' by normal people. But I think they're actually the ones who are scared. Scared of who? Well, I'm the only one they're guarding aren't I?

Pfft! Is it strange that even now I am not even scared?

Even though I know what's actually going on...

In silence, I continued to work...

Suddenly, I heard thunder claps, followed immediately by heavy rain. It had arrived sooner than I thought. Let's not hope for it to become another storm. Not now please. I'd like this to end quick.

The guards all around me rushed to find shelter. The guns they were holding won't stand up in this kind of rain. Of course they'd go fix it up. But, aren't they forgetting something?

I watched their backs as they retreated in unison, as if signaling me to run in the opposite direction. But I won't.

Instead, I suppose I'll just take this time to look up once again and face the rain drops falling to my face.

I wonder if death would be this cold.

For a few moments, there was only me in the field. All other noise and unnecessary sounds drowned in the rain...

Why had it come to this, I wonder? Yes, I was born strange... I know that. Every time I look at the mirror, I see it, I talk to it, I ask it why it was born the way it was: eyes of blood red, skin of the palest white. It's like I wasn't even human... Am I?

Time after time I have pondered upon this. Am I not the son of my parents? Or... was it really the doings of a curse? If so, why let the village suffer with me, not only me?

If I were born without these eyes... Would something have changed...?

In sadness, a teardrop trailed down my cheek before dissolving into the rain's tracks.

I knew it all, after all these time... I was not scared. Just lonely... Very lonely.

For a while, I stayed like this... Just listening to the rhythmic music of the rain, all while thinking  deeply of the past.

But alas, my moment of peace was cut short as I heard some horse tracks, and then the sound of a carriage door opening. The sound of the rain had masked the sounds while they were approaching so I was not able to expect them before they arrived. Back so quickly? Armed with more people and guns this time maybe... I won't be going anywhere anyway. No need for those.

A girl's voice from not so far away called out to me. It surprised me. I thought the men that left were the ones who'd return for me.

I opened my eyes to the unexpected visitor, a well-dressed girl, around my age came walking straight to me. It worried me that her boots and that beautiful blue dress are mercilessly tainted by mud. Her clothing also made it clear that she's not from anywhere around here.

"Come with me.", she said firmly while she forcibly grabbed my hand... 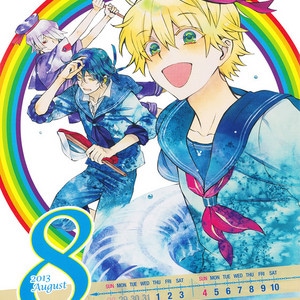 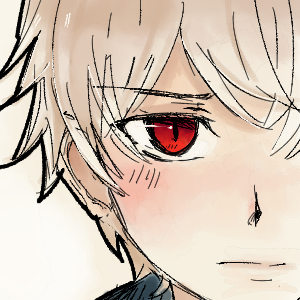 "Child of the Demon.", that's what people call me. They say my existence is a sin in itself and that I should never have been born... just because of these red eyes of mine.

I wonder why they chose to prolong this silly life of mine this much. But finally on this day, my 15th birthday, I will die--was what I thought until a random girl claiming to be the Queen of the country took me away from my village and pronounced me as her husband.
Subscribe 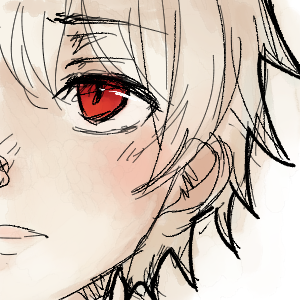