A Bridge Between Epochs

“Is that all you need, Master?” I said gently and paused. I look at my mentor and spiritual father, Master Keffri, as he gathered himself together in a position of meditation on the hard, cave floor, vaguely visible by the light cast onto him by the opening.

“Yes, Emaenor, blessings be upon you,” he said with a nod as he closed his eyes to begin. I nodded back, though he already was unaware of me as I slowly backed out of the small cave.

I blinked against the harsh light as I came out and grimaced what was meant to be a serene grin of greeting at the two guards at the entrance. They’d been complaining the entire way up to the sacred cave, muttering to each other about their assignment to guide us. They were soldiers, eager for battle not guarding two aesthetics on a quiet, contemplative spiritual quest.

I passed them and tried to ignore them as the taller one told a bawdy joke to the other. It would not serve my Master well to allow myself to get caught up in aggravation. And we could ill afford the distraction.

The soldiers might think their assignment was boring but Master Keffri and I both knew the fate of the world might rely on this little trip to the sacred cave.

The cave itself wasn’t magical or anything. But it was quiet and isolated and had been sanctified through generations of pilgrimages to seek connection with aekta, the oneness that binds us and frees us both.

I took a deep breath and froze in anger as I heard one of the guards comment on my chest rising. It’s not that I ever forgot I was a woman, but amongst monks and nuns such comments were never made. Mainly monks, since there were only four other women in the Three Winds Monastery I called home. And all of the other four were all on the shokha path more often favored by women, a different spiritual discipline. I alone pursued the aekta through tona, the more direct route favored by men.

I was rattled by the soldier, acting completely undisciplined! I felt self loathing roil through me.

This is not the time. Focus.

I took deep breaths and suddenly a strategy occurred to me. I turned in the dirt, and gazed surreptitiously at the soldiers. If I couldn’t get my mind off them, I would do a study on their aekta. They looked at me nervously but I ignored that, just as I would have ignored whether observed ants noticed me. I studied their limbs, their hair, a bead of sweat making a trail down the tall one’s nose…

I closed my eyes and began my meditation, seeking to reach out and sense the soldiers through aekta. As I did, my expression softened and all my anger dissipated.

Compassion overtook me. The taller one had something wrong with his kidneys. It wasn’t the kind of thing we knew how to fix. While he wasn’t on death’s door, unless the Creator granted him a miracle the twenty something year old would never live long enough to be a grandfather.

The man’s impetuous nature made sense now, even though I doubted he knew about his illness yet, a desire to make an impact without delay made sense for the Creator to give to one whose days were likely fewer than most of his peers. There is a cosmic order that appears like chaos, but only because we don't have the perspective to understand.

With all animosity released, I opened my eyes to gaze back down at the ants and began the familiar meditation. I examined its legs, thorax, abdomen and head with twitching antennae. I allowed myself to marvel at its strength and appreciate its industrious nature. I was awed at the fact that ants were insignificant enough many of us stepped on them without even noticing and certainly without remorse, yet they could wreak havoc when they located a larder. I humbled myself by dwelling on the fact that no matter how hard I tried or how long I lived I could never make an ant myself, and lost myself in gratitude towards the Creator. Gratitude turned to awe and awe to joy and then joy gave way to the peace that is aekta, the Presence of the Creator. I felt it flow through me, around me, and then I began my work.

I had accompanied Master Keffri on this important quest to provide for his needs. The soldiers and likely Lord Devaru, who had ordered them to accompany us, probably thought this was just his physical needs like food and water. But primarily I was here to funnel the aekta around us into him, so he could expand his awareness beyond.

If I had to describe how it feels, it’s like a rushing at the base of my rib cage that pushes outwards. That’s the best I can do to explain the sensation, but the effort it requires is far more intense than that description can ever give justice too. It is as difficult as perhaps riding on the back of a bucking stallion for hours straight… but from the outside, I know I look totally still. Completely serene. Just an aesthetic with my dusty, simple robes, my crossed legs, my frame gaunt from fasting more days than I allow myself to feast. I had hair as brown as the dirt around me which I'd cut to my ears. Not because the monastery demanded it, but simply because it was less work to cut it every few weeks than brush every day and I did not care how I looked on the outside when there were such marvels to be discovered through aekta. Creation was more beautiful than I, but I was part of Creation and I was grateful. As I connected with Master Keffri I felt his welcome...

Funneling aekta is an entirely absorbing process and it was the smell of roasting food that eventually broke my concentration. I opened my eyes, startled to see that it was already dark. The soldiers had made camp fifteen meters or so away and were roasting something that smelled delicious over the fire. I sighed with a tinge of regret as I knew I would not be eating with them. I stretched, extremely stiff from 8 or more hours on the ground. I brushed off ants that were now crawling all over me. I made a stop behind a bush and then walked towards the cavern.

Our bags were laid next to the opening, and I crouched down and retrieved my basuri, a sacred wooden flute. I entered the cave, which was blacker than onyx now as Master Keffri had lit no lamps, and played four notes, Master Keffri’s hastoksher. Every Master had an unique musical phrase that was played on the basuri by his attendants to call him back from deep meditation. When beyond, a Master ignored all outside cues except his hastoksher so he could focus completely and entirely on his spiritual objectives. Because each Master’s hastoksher was unique each one could be signaled to independently without disturbing any of the others in the great hall.

I heard him fumbling in the dark and then felt his hand grab my wrist.

“Come, Master,” I said softly as we walked outside.

The normal night seemed extremely illuminated after the darkness of the cave. I allowed myself to be swept up into gratitude for the gift of light, for the stars and moon and the ability to make fires. Master Keffri shuffled behind some bushes to relieve himself as I knelt down and reached into our bags and pulled out the package of awshudi shokti, condensed herbal cakes that would give us some nourishment while allowing us to return to the fasting state by morning. I moved towards the fire, intending to eat near its warmth and light, when Master Keffri’s arm came down on my shoulder.

I turned, curious. I knew him well enough that if he was stopping me here, he must want to tell me something he didn’t want the soldier to hear.

“Emaenor,” he whispered, “you have a match.”

I furrowed my brow in confusion. “I don’t under-”

“A match, a complement,” he said, energy alighting his voice, “there’s a man.”

I cocked my head with real bewilderment now. “I don’t-- I mean- I thought you were meditating on how to save the world.” The words sounded both melodramatic and accusatory and I felt sorrow at my awkwardness but was far too befuddled to try to find a more elegant way of communicating my thoughts.

“I was!” His voice had lost his hoarseness now, alight with fervor. “I was, Emaenor! I reached out and I found him!”

“I don’t understand,” I whispered now, as panic began to settle in my bones. “I… I’m not going to partner.” The way he’d said him, images of romance were springing up in me that didn’t make sense. I was on the path to being a nun, not a wife. And how in the world would me being a partner in anyway effect the world?

“I said a match,” Master Keffri said patiently but with excitement. “I don’t know what exactly his role in your life will be, but as I was meditating on the epoch, he was what drew me in. And I felt him and I saw you and Emaenor, this is vital. He is vital. You are vital. I don’t totally understand it either, but I think we are done here.”

“What?” That made no sense. None of this made any sense. We were supposed to stay here and meditate for at least four days.

“We have to leave, to get to him,” Master Keffri said, his craggy features smoothing as he grinned a grin of deep relief.

“I don’t- I mean…,” I took a deep breath. “How would we even find a man, this man, in the whole entire world out there?”

Now his grin stretched as large as it went, creasing around his eyes which twinkled. “We don’t have to find him. He’s going to come to us. We will find him at Three Winds, at home!” 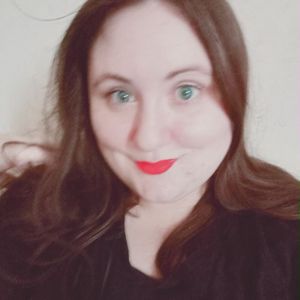 Emaenor accompanies her mentor, Master Keffri, to a sacred cave to attend him as he meditates on how to save the world... 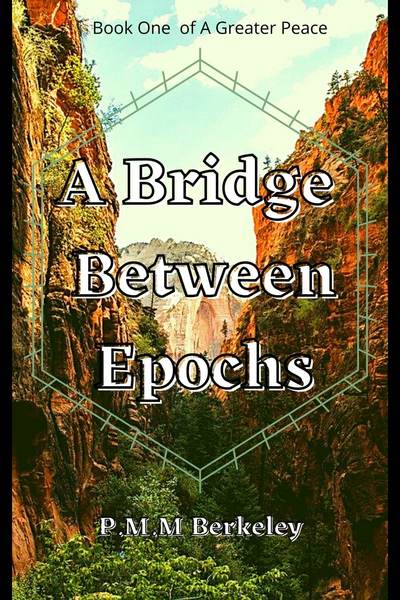 A Bridge Between Epochs

When Emaenor, a novice at a monastery, and her mentor embark on an important quest he uncovers revelations that she may have to take a different path in order to save the world...
Subscribe 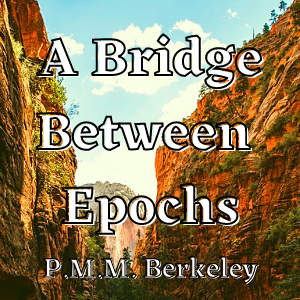