A Kingdom Of Fear

A long long time ago, the Gemoids, beings made of crystal, lived in chaos and misery. They had constant wars with each other and were at the brink of extinction. Then one day, a stronger and wiser species appeared and helped them find peace. That was us, Humans, who were able to create a society to help the Gemoids. Due to their fragile structure, the Gemoids aren't able to do as much manual work as the humans, and will rather do tasks like cleaning, cooking, driving and raising children. But remember this: the Gemoids aren't our friends, as they are an inferior species who do not understand life as much as we do. We must treat them like the saviors that we were for them oh so long ago, and have them remember their place in our society.

Each day for a long period of time, the humans would live their peaceful lives in their homes with the Gemoids, who were, at first, simply there to cohabit with them and help. That was the intent at first. But the humans got greedy, and asked more and more from them, putting on the creature’s shoulders more and more work to do. One day, a human learned that the Gemoid’s blood was in fact made out of tiny liquidized crystals. And that's when the problems started. The Gemoids became objects, slaves, maids and practically anything the humans wanted them to be. They could be killed and drained of their blood if the blood they had was precious enough. Because of the fragility of their bones, that would shatter with the smallest impact, and the bright vibrant colors of their hair, rebellion wasn't the best solution. And for the humans? That speech made them obedient and kept them from asking too many questions. The ones that didn't agree were either sent to prison or disappeared mysteriously. The students were taught at a young age that trusting the system meant that you'd survive.

But of course, that is not what this story will follow. Not a Gemoid's point of view. At least, not at the beginning. This story is about a young college student who discovers that maybe the system is flawed after all. That maybe this utopia they supposedly live in is slowly turning into the most terrifying dystopia the current year of 387-Z has ever seen. All because of human’s greed and need for power. 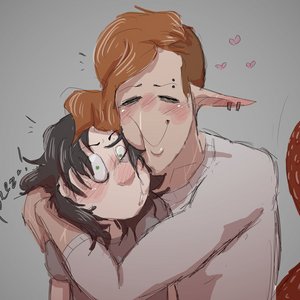 Synopsis: Pat, young college student, has been transferred recently in “The Castle”, a new country controlled entirely by the “King”, a faceless man who has the power over the whole continent of Euramerica. In this year of 387-Z, on a very strange version of Earth, in a time long long after our time, it seems as if humanity has gone back to its old and disgusting ways of living. Enslaving an “inferior” race called the Gemoids, brainwashing the population and punishing any transgressions and rebellions. But when Pat learns that the ways of The King may be malevolent, he starts to investigate and finds out that maybe the “inferior” Gemoids might've had the right idea to try and rebel. 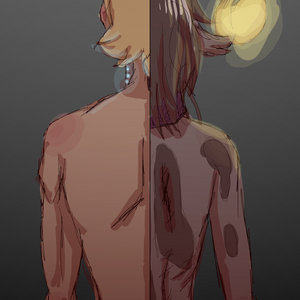 A Kingdom Of Fear

In a futuristic world where a second species called Gemoids inhabits the Earth alongside humans, who have decided to enslave them after a war between the two, Patrick Lansot, 19, human, is transferred to the capital of his country only a month before college starts up again. He gets his life turned upside down after doubts start springing in his mind, and he discovers that his homeland might be filled with lies and dark secrets, hidden by surveillance, propaganda and censoring.
Subscribe 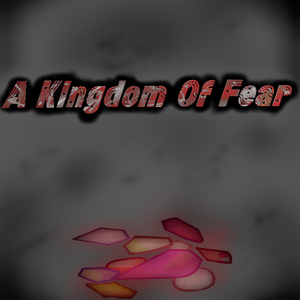