A Kiss Across Borders

I wasn't really thinking when Silvia asked me to dance. But if I had looked up to see Caroline's disapproving blue eyes, I might have politely turned Silvia down. I blame the beer for making me forget that Caroline wasn't exactly a big fan of Silvia.

Before I knew what I had gotten myself into, Silvia had my hands around her waist. And at that moment, it all came rushing back to me. I looked up and saw Caroline staring at us before she walked towards the deck. But there wasn't anything I could do except finish what I had started.

I guess it's appropriate that we were dancing to Work by Rihanna. Because I'd have to work to make this up to her. As soon as it was over, I whispered, "Merci" in Silvia's ear and went to find Caroline.

Her long blonde hair was blowing in the summer breeze as she looked out over the harbour. The pale light made her white and blue sundress look silver in its glow. Moonlight looked good on her.

Caroline swung her head around, holding her hand over her heart. "Oh, my God," she gasped.

"It's okay," she smiled, "I just thought Silvia still had you in her clutches."

"Sorry about that too. I wasn't thinking when I—"

"It's just dancing," she interrupted, "but anything more than that, and I'm not sure we could still be friends."

She sounded like she was joking, so I smiled. "It was just dancing, I promise. So are we still cool?"

I breathed a sigh of relief and joined her at the railing.

"I should have been home an hour ago," Caroline said, staring into the distance.

I checked my watch. It was almost 1 AM. I promised I'd have her home by midnight. "Crap! I completely forgot about your curfew. Don't worry, I'll take the heat for it—I can drive you home now."

"No rush. I could have reminded you, but I wasn't ready to leave yet. I'm still not," she smiled.

"But won't your dad get more mad if you're out later?"

Not that I don't want you to stay.

She shook her head. "An hour or a minute over. It doesn't matter. He'd react the same way."

"He changed after my mom died. I mean like I get it because I miss her too. But I'm eighteen, not twelve."

I don't pretend to understand everything about her life, but I wouldn't like being on a short leash either.

"Is it just that he's more protective now?" I asked.

"I'm sorry to hear that, and I'm sorry again about your mom. She was an amazing woman."

We stared at the harbour in silence. A full moon hung in the cloudy night sky, shining a column of light over the dark sea. A million things were running through my head. But they all kept coming back to Caroline. I wanted to tell her how I felt, but I couldn't bring myself to do it.

"Lina!" Sofia yelled, letting go of Liam's arm and rushing over to hug Caroline. "I was looking everywhere for you!"

Liam's flushed face almost matched his red hair, telling me he had more Stella's than I did. And judging by Sofia's face, I guess she'd had a few too.

"Oh, nothing, buddy," he began, "It's just that everyone's peacing out. And I just thought I'd let you know. Also, have I mentioned how much I love your dad's yacht?"

I shook my head, smiling. "Only every day since we've been here."

"Then what's one more time? I love Mr. Giordano's Yacht!" He shouted at the top of his lungs, then threw his arms around me.

"I don't want to say this wrong," Liam paused, seemingly trying to form a proper sentence. "Ah, screw it. I'm sorry that your dad had to do that emergency surgery tonight, but I'm glad he had to go—you know what I mean, right?"

Caroline started giggling, which made Liam turn to her.

"And have I told you that you have the best, best friend in the world, Caroline? Well, after my boy, Javi, but you know what I mean."

Then Sofia started giggling, and Liam winked at her. Turning back to Caroline, he loudly whispered, "She's hot, but also gorgeous. And I love...I love...her brown eyes and that beautiful smile and her pretty black hair."

Sofia was blushing as she smiled at Liam. My eyes drifted over to Caroline, who was beaming. I love the way her eyes light up when she smiles.

"I just want to let you know that you're really pretty too, but Javi probably told you that already."

I'm gonna murder him. I cleared my throat. "Caroline knows she's beautiful—that goes without saying." I smiled and tried to seem calm.

Caroline's eyes met mine for a split second. She looked like she was about to say something when Liam yelled, "I need some room!" He pushed me to one side and started throwing up over the railing.

It must have started a chain reaction because Sofia soon joined him. Caroline rushed over to hold Sofia's hair.

"You okay, buddy?" I asked, patting Liam on the back. He gave me a thumbs up. I shook my head which made Caroline smile. Fortunately, they managed to avoid getting any puke on the yacht. A few minutes later, I had Liam's arm over my shoulder as he stumbled towards his room.

By the time I got back to the deck, Caroline was trying to get Sofia inside. We ended up taking her to my room, where she wouldn't let Caroline leave. The scene was both funny and adorable. Caroline rolled her eyes as I closed the door.

I threw myself on the couch and smiled at the thought of Caroline being in my bedroom; which sounded like a better story than it was since I was lying on the couch. I tossed and turned, wishing I could hold her as we drifted off to sleep.

My time in Monaco was quickly coming to an end, but I wanted to give Caroline a day that would make her smile every time she remembered it. Even if I ended up in handcuffs before it was all over. 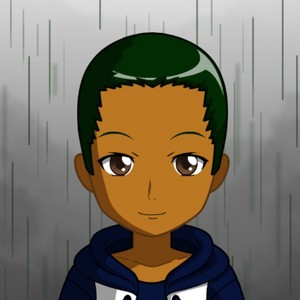 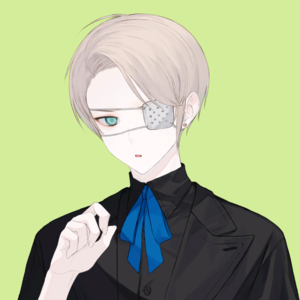 This is well written. I like the first person POV.

On a side note, they say when you laugh with a group, your eyes will def look on the person you adore the most and that part's true. Saw what you did there, Javi.

Keep it up! I'll def keep on reading this :) 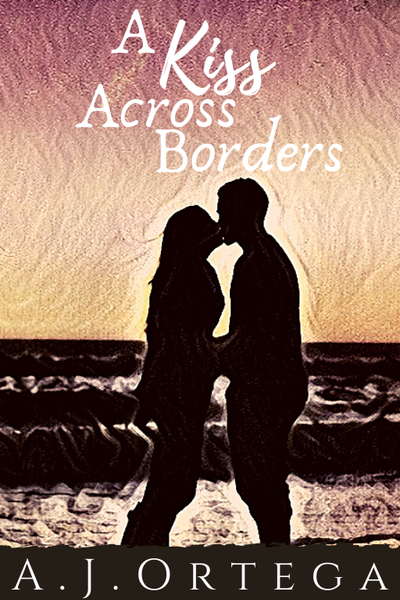 A Kiss Across Borders

Javier has had a crush on his friend, Caroline, for the last two years. But he's never told her how he feels. One morning, Javi decides to take Caroline on an adventure he hopes she'll never forget, even if it might land him in jail.

It's the last summer before university, and Javier Giordano is in Monaco, spending most of his time on his dad's yacht. But for Javi, the best part about being in Monaco is getting to see Caroline. They're just friends, but he wishes they were more. One night, Javier throws a party on the yacht, and things were going well until he danced with a girl who Caroline cannot stand. It was a momentary lapse in judgment, helped by some beer, but now he wants to make it up to her. So while Caroline is asleep in his room, Javi comes up with a plan to go on an adventure around the Mediterranean Coast. But on their impromptu trip, Javier, Caroline and their friends discover more than they bargained for.
Subscribe 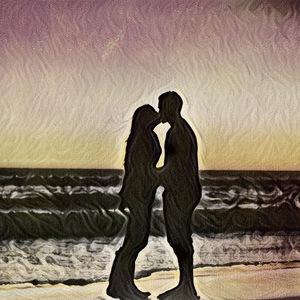