A Second Chance at Fate - Novel

[Warning: This prologue heavily discusses the theme of suicide. Read at your own discretion and please read my below note too!]

The days following your death were the days that I questioned everything. Where did it go wrong? Was I not good enough for you? When did you become unhappy?

I never saw a hint of your unhappiness. But when you took your own life, I realized I’d been living in a fragile, glass world. What I mean by that is… I thought I had it all and that everything was perfect. But when my world was dropped, everything shattered completely. You were my world and my life would never be the same after you were gone.

It was twenty-two years ago when I first met you, Callum. We were three, at our first day of preschool, and we both didn’t want to leave our mothers. I was always scared to be alone. But when you walked through that door, I was distracted by your unique dark hair and light eyes… and I was immediately drawn to you. I don’t recall moving on my own, but, I recall moving. Moving toward you with my eyes trained. I remember when you glanced up and your bright eyes met mine with and intensity I'll never forget. I had never felt so complete.

We were inseparable from that day forward. Everything I did, I did for you. Everything you did, you did for me. We thought as a team, never as a person. I needed you and you needed me; we needed each other. We weren't ourselves on our own.

I speak for myself when I say I wasn’t a whole person unless you were with me, and maybe it should have scared me how dependent I was. Our dependency may not have been right in the eyes of others but, for me, it was never wrong… and never could have been wrong.

Not until that night; the night you drowned.

I tried time and time again to teach you how to swim but you were always afraid. You didn’t like the ocean. It was cold, dark, and deep. You were scared of sharks and sea creatures. You despised the way the wet dirt and rocks felt under your feet and you hated the salty taste. You’d voice your concerns, terror always heavy in your tone. You hated everything about the sea.

So we tried the lakes, but it was the same. You didn’t like the slimy moss, or the murky water. You didn't like feeling things brush past your legs that you couldn't see. The quiet lapping of the lake irritated you, so you began bringing your music when I wanted to swim. You refused to ever join me, but you were happy to watch, nap, read or draw. I was happy to watch you in return.

But, in the end, you chose a river. You chose to die in a river. I agonized over your fear of water while you were alive, but I was in more pain when I heard you dove off a bridge because I knew how terrified you must have been as you sunk into that water. And, as much as I want to say that I knew how alone you must have felt, I really don't think I did.

But, that was how you chose to go? In the water? When no one was around to stop you, to save you? You knew I loved swimming. You knew I could save you and you knew I would have dove in for you without a second thought. I'd have done anything for you. But, that's why I wasn't there... wasn't it?

And, I will also never forget the day of your funeral because I wasn’t even invited. But, you knew me well enough to know I attended without a second thought, whether your parents wanted me there or not. In a way, I had to see that it was all true. I had to see the service and that handsome photo of you hovering above the flower decorated wooden casket. I had to see the tears streaming down your parents’ and friends’ faces to know for sure, that this had occurred. I had to hear the eulogy, hear the memories your friends shared about you, some friends that I didn’t even know you had. Maybe you didn’t know you had them, either... but they were there. And I heard it all.

I still cannot recall if I cried that day no matter how hard I try to recollect it.

If one thing is for sure, though, I do recall that they saw me; your parents. They didn’t have me removed, but they saw me. And they made sure to ignore me while I was there and I was mostly glad for that. I didn’t want to speak to them just as much as they didn’t want to speak to me. I’m sure we blamed each other for your unhappiness, because at the time we didn’t understand anything.

But, you know, Cal, it’s funny the way fate works.

If the events that occurred after your death had never panned out the way they had, we’d have never fully understood why you dove into the river that day. And for me, the experiences I had after your death felt like I was picking up the pieces of my shattered world and slowly gluing them back together. You’d have laughed if you found out why I was able to slowly heal; the reason I was finally able to begin to build my world again.

Even though my world was never going to be the same due to the cracks, chips and missing pieces held by your memory, it had many new additions being made.  Additions that slowly added to the rebuilding of my world and helped me begin to help me realize that it was healing into something similarly as beautiful as it had originally been. And, this time I knew that once I put my pieces back together, I had to find a cushion to shield that fragile world from ever shattering again. Because I couldn't experience it again, the feeling of losing you.

It didn't take long for me to figure out that the cushion that would buffer another fall could only be me... and I knew I'd do everything in my power to prevent it from ever happening again.

So, Cal, even though I’ll never forget everything we'd ever went through nor how much you still mean to me to this day, I want you to know that I’m happy now.

I just hope that you'd understand. 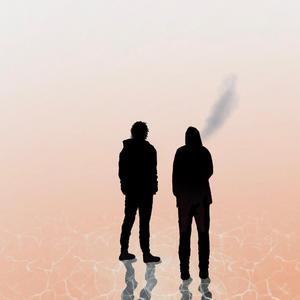 I just want to start this off by saying, if any of my readers are feeling suicidal, please tell someone. People care about you more than you even know. And I am more than happy to talk to anyone who needs it.

My character doesn't begin to heal because he lost his lover to suicide and learns to get over it, there are things he learns along the way that causes everything about the prologue to make sense (which eventually helps him BEGIN to heal).

I do not intend to glorify suicide and I hope that everyone finds it in themselves to value who they are.

That said, I wanted to make my comic into a novel because comics are so much harder to get details in on. I want to be able to explore my characters more in-depth. Plus, I'm more comfortable writing than I am drawing.

This is a story that I've thought up for a while, but haven't come to a complete conclusion of. I usually just like to go with the flow of my writing and see where it takes me.

(This should be more light-hearted than my other novel... I think. HAH.) 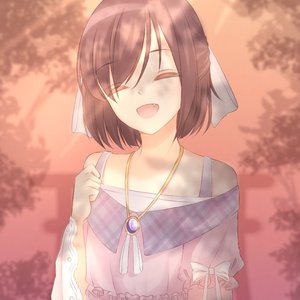 I am a simple person. I see new novel by you, I get excited, sub and read <3 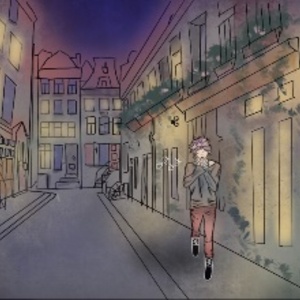 A Second Chance at Fate - Novel

Teagan moves to a new town to start fresh after losing the love of his life. Despite his efforts to move forward, Teagan meets an unlikely companion connected to his past and they begin to help one another find their meanings in life again.

[Okay. I cannot stop myself from doing the things I do. I began writing out my story for 'A Second Chance at Fate' (which I've been creating as a comic) and I figured I'd try posting it. I'll probably work on keeping the comic more up-to-date than the novel, but I thought I'd fux with both.]
Subscribe 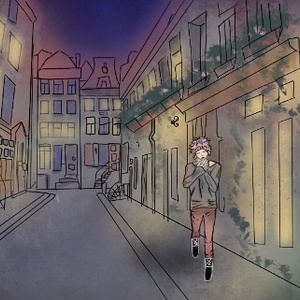