Alice in wonderland (into the seas)

Alice had kept a slice of Wonderland close to her heart for a few years after the ship's maiden voyage. Hatter and all the other wacky animals, including Mallymkun, the white rabbit, March Hare, and Chessur, could be heard laughing hysterically. She inhaled deeply, her skin shivering from the cold air. She turned around when she overheard a man talking about the impending rain and advising her to return to her room.

She rubbed her hands together as she looked over her shoulder at the calm waves and the light drizzle on the deck. If only she could sleep outside, but she'd catch a cold in the process. Such is life, and she would certainly not want to sleep with a soggy pillow and blanket. It would be excruciatingly painful for her to do so, and she would not get a single wink of sleep as a result.

With a yawn, the blonde walked back to her bed, where she heard a small thump. It was odd, but she put it down to sleepiness and kicked her boots off. It had reappeared! However, the noise was even louder, and a mouse with a diamond on its head dashed out. It was dressed in a spade suit and wielded a trumpet. Where has she seen anything like this before?

The tiny mouse squealed as he dashed under her door and onto the slick deck. Alice inhaled deeply and tapped her fingers against her bed. She knew it wouldn't happen again, but she couldn't help but wonder if Wonderland was in jeopardy.

She exited the room, snatched her coat from the door, and followed the tiny mouse with a single swift step. The sight of thunder clouds and rising waves took her by surprise.

What happened? It was quiet just a moment ago. It would be safe to set sail and there would be no thunderstorms. What went wrong with her? When she saw the mouse climbing up the railing and about to leap into the waves, those feelings were quickly pushed to the side.

She dashed forward as quickly as she could, avoiding slipping on the wet deck. As soon as he took the leap, the blonde grabbed the mouse from the railing.

He yelled and bit her hand, injuring Alice and accidentally throwing him overboard. Ethereal moaning could be heard just below the ship, but the words were difficult to decipher.

“Have you?!” exclaims the mouse.

The mouse yelled back, his tail wrapped around the wooden rail, his brown eyes staring into Alice's blue ones. He laughed and stretched his arms out to the side, his head cocked to the side.

"You're conversing with a rodent,"

He leaned back and fell into the roaring waves as a result. Since she didn't want to see him fall, Alice quickly turned away. But she couldn't take her gaze away from him as he fell through a portal into a black and white castle. “My love, Morte!” exclaims one of the voices.

Bits of pink appeared, accompanied by hearts, as a voice emerged from the waves. A white hat and the same mouse could be seen running towards a blurred figure, according to Alice. They seemed to be well acquainted and close. She was closer to him than anyone else she'd ever met. She began to lean forward because she wanted to see more.

She was yanked from the railing and onto the wet deck all of a sudden. One of her crewmates saw her about to jump. It seemed to him to be suicide, so he interfered at the appropriate time.

“Are you insane?! “What were you doing up there?”

“A mouse? For the love of Christ-”

He helped Alice to her feet and checked to see if she was hurt. She had no visible injuries other than a wet dress and a sore arm from being pulled so hard. She wished to return, albeit in a less risky manner. Like the last two times, perhaps through a mirror or a rabbit hole.

“I need to go change my clothes right now, thank you; I was just hallucinating.”

“You wait just a minute-”

It was just a short lie, but it was preferable to saying nothing and leaving. She dashed back to her cabin, quickly locking it, and removing the sheet from an old dusty mirror. Alice didn't remember why she brought it, but it's possible she did so to ensure her captain's uniform looked good.

A blue butterfly beckoned her once more from inside the mirror. She cast a glance behind her, hoping that her suspicions that Wonderland was in danger were right. She raised her hands to her face and peered over a shoulder a few times more. She had to choose between her home and wonderland once more.

She couldn't leave them in danger, so she fell through the mirror, passing by clocks, teacups, cakes, and cards. The voices became more obnoxious and threatening.

“You let me out of this teapot!”

“Morte!” exclaims one of the voices. “It'll just be a little while.”

Alice landed on a table, launching the teapot into the air. A shriek was heard, and the mouse in the teapot was caught. The blonde groaned and rolled around on the splintered wood. The pounding on the door had grown louder, and the man carrying the teapot grabbed Alice by the ankle and pushed her into a closet.

“You said you weren't being trailed, Morte!”

“I wasn't trailed!” exclaims the mouse.

When the door was slammed open by a knight, the terrified man placed the teapot on a nightstand and stood as straight as a statue. He had a strange smile on his face, and sweat was dripping down his makeup. From what Alice could see from inside the wardrobe, he was clearly a mad hatter.

“Oh, nothing! Just chatting with the furniture!” says the hatter. “You know who I'm talking about, my buddies.”

With a soft hum escaping his mouth, he winked at the checkered knight and placed his hands on his hips, looking around the bedroom. He was attempting to divert the knight's attention for long enough to avoid suspicion.

The knight walked around the bed, stroking his chin and resting his hand on the nightstand, nodding. He kept his eyes fixed on a painting of a farm, but the hatter was sweating due to his proximity to the teapot.

“What happened to that cute little mouse? Does he have a name? Do you want to die, Mr. Tove?” 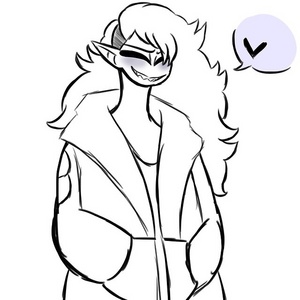 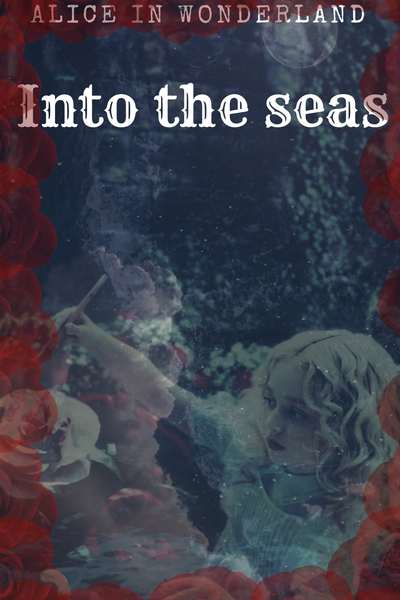 Alice in wonderland (into the seas)

Once again, wonderland needs Alice’s help to overthrow the spade queen who has overtaken Mirana and Iracebeth’s castle. They fear this new queen will never listen to reason and is beyond help.
Subscribe 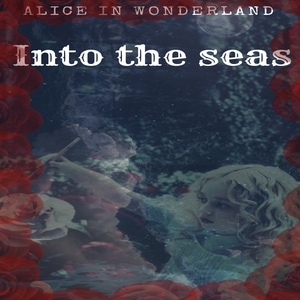