An Underwater kingdom without adventure

You woke up to a girl shouting at you to wake up. The girl was taller, and a bit older than yourself.

The girl was, of course, your BEST FRIEND, even though she didn’t quite like it when you called her that.

You rubbed your eyes and groaned, as the older female kept talking about “Royal duties” and “responsibilities”. Yeah, like you’re gonna listen to that.

“Awwwweeee… can’t I just sleep a little longer today?” You mumbled in a joking way. Of course she wouldn’t let you do that.

“No! There’s no way I’m allowing you to do that!” She said harshly. “You know the rules, and you know why I’m here. I’m here to make sure you don’t do anything stupid.”

“Ooohohoho~~ I know that’s not true! I know you love me!” You reply teasingly, as you say up in your bed, and stretched your body.

Everything was quite as you got out of bed. No response from the older female, but that was probably your fault, since you made it awkward.

I guess this is a good time for introductions.

You’re Yujin. A happy-go-lucky girl, who just wants the freedom that she can’t get from her imprisonment as a “Princess”.

Your Friend is Minsŏ. She’s low-ranked, and a huge smartass. But that’s probably why you love her. Did you mention that you have huge crush on her? But yeah- she definitely hates you.

While you were spacing out, Minsŏ had left the room. Probably to let you change in private. You know- normal Human decency. Or it would be if you were human, but I won’t go into depth with that, it’ll be explained later.

You, of course, decided to put on your clothes. Your clothes was technically a uniform. Your world had a strict dress code, that everyone needed to follow. The rules, and laws, were strictest for the Low-ranked, of course.

After some time of looking at yourself in the mirror, you heard a low voice saying something.

“Are you clothed yet?” It was Minsŏ. Had she been waiting outside the door all this time? You almost feel bad for her.

“Of cause! You know that I always change fast!” You said in response, laughing a bit.

“We both know that that is a lie.” She Responded, clearly not amused. “Just come out so that we can continue.”

After that you hurried to fix your hair, so that you could get out of the door, and enter society once again. Okay- maybe you should get something to eat first.. 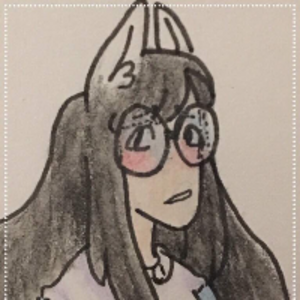 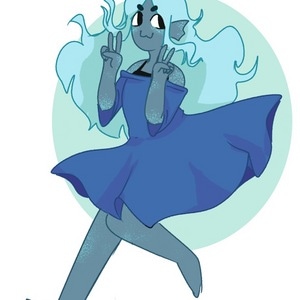 An Underwater kingdom without adventure

The everyday life of Yujin, the princess of an Underwater kingdom.
In which she was a crush on her low-ranked “Best friend”, Minsŏ.
Subscribe 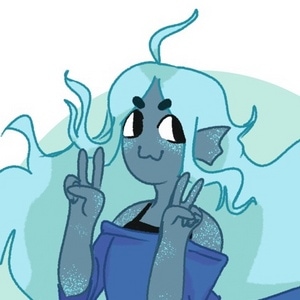