Ascendance of a God

Julian awoke in a strange plane. It was like he was standing on clouds. A bright red glow was shining through the clouds in the distance.

He felt his body while looking around.

"I could create some clothes for you if you need them?"

Julian turned around to see who was speaking.

Julian was confused as to why the god of time came to see him.

"I know this may seem confusing right now, but to keep a long story short....you're dead."

'Did I hear that right?'

Titus gave a sigh and then smiled while moving his white hair out of his face.

"It would seem that Arielle had grown jealous of being in your shadow. I don't know all of the details since I can only see what happened from your point of view."

Julian clenched his fist in anger.

"That bitch! After everything I've done for her, she kills me because of jealousy. How childish!"

The last thing Julian can remember is relaxing in his villa. His residence in the Celestial Realm was his favorite place to rest. Now it's all gone to hell thanks to the person he saw as his first love. Words can't even begin to describe the heartbreak he was feeling at this moment.

'Was it all just an act? Did she ever actually care for me?'

Titus gave a small clap while tilting his head.

"Don't worry old friend. I have a solution for your current predicament."

Julian opened his eyes to a familiar setting.

'Holy crap! He actually sent me back in time!'

Julian was looking around his room from when he was just 18 years old. It brought back tons of memories from when he still lived on Earth.

Before he was a god, Julian was just an ordinary human like everyone else. It wasn't until he was 27 years old when he found out about the truths of the world he lived in. After his ascendance, Julian became known as one of the new gods. The new gods are beings that rose up to their power and obtained their title and are different from the old gods. The old gods are beings who are infinite. They have been around since the beginning of reality itself.

'This is crazy. I can't feel any of my heavenly aura.'

Aura is the energy that activates Alpha Cells in the body. By activating Alpha Cells, a person can manifest their own unique ability. It is worth noting that no 2 people have the same ability. There may be similarities in appearance, but the activation method is always different. For example, 2 people may have an ability that allows them to control water. One person can activate their alpha cells and control it with their hands, while the other has to control it through a medium. A medium is an item that a person can infuse their aura with to activate their ability.

'I guess it doesn't matter. It won't take me long to rise again. I have to make sure that what happened with Arielle doesn't repeat itself."

Julian got up from his bed and looked in the mirror on the wall. His blonde hair was almost to his eyes, and his blue eyes were glowing in the morning sun shining through his window.

He was determined to ascend again as fast as possible. Now that he has a chance to live through his life again, he felt that it was the perfect opportunity to correct some things he could've done better last time.

Julian looked at his phone and saw that Luna was calling him.

'It's been a long time since I've seen that name.'

He smiled and answered the phone.

"Ju-ju, did you just wake up? If you don't hurry you're gonna be late."

"Alright! Try not to procrastinate this time."

He went to his closet and put on some black pants, a white shirt, and a blue vest. He adjusted his orange tie and left to meet up with Luna.

On his way there, he was taking in the view of Doxa City.

'It's been thousands of years since I've been here. Well...not anymore, I guess'

Doxa City is the largest city in the world with over 60 million people that live here. It was founded in 2157 after the U.S., Japan, China, and the U.K. came together and terraformed a new landmass in the Pacific Ocean between Japan and the U.S. In the year 2186, Doxa City became the world capital. With the world under one government, everyone had to adapt to the new rules that were set in place. Now in the year 2749, everyone speaks the same language, and education is provided by the government.

Julian once lived in the U.S. After graduating from high school, he decided to join the Imperium.

The Imperium is the special forces team of Doxa City that specializes in finding and capturing criminals who abuse their abilities. It goes back to right before Doxa City was founded. In those times, each country still followed its own sets of laws. Before the discovery of alpha cells, this wasn't a problem. The problem came after a group of scientists discovered previously unknown cells in the body. A Chinese monk came forward and claimed that it was time for the world to learn what humans are really capable of, and he showed what would happen if a person activated those cells with their aura. That was when abilities first became known to the world. A few years after that, an organized crime group put together a team of ability users and started terrorizing businesses and corporations by extorting large amounts of money from them. This prompted the newly founded Doxa City to take action. They put together their own team of ability users to combat the terrorists. After Doxa City became the world capital, it named this team the Imperium. The terrorists banded together and formed what is now known as the Inquisition.

'Maybe the second Sphaeram War won't happen if I play my cards right?'

Julian wondered if he could keep certain events that caused great catastrophes from happening this time around.

As he was thinking, he heard a voice call out to him.

Luna was standing by the platform of the monorail waving at Julian.

"Sorry, I was enjoying the scenery while I walked."

Luna chuckled at the thought of an old, wrinkled Julian.

"I assure you that I'm still young and full of energy!"

Julian ran his fingers through his hair to act suave.

Luna laughed and started to walk towards the monorail.

"Whatever you say. We'd better hurry. Our new teacher starts today and I don't wanna be late."

Julian followed behind and they boarded the monorail to the academy.

The academy is a place that all people who aspire to join the Imperium go to. There they will train to maximize the potential usage of their ability and learn about how to function in a squad during missions.

It had been a month since Julian started at this time. His last teacher was killed during an attack from the Inquisition, and today was the day their new teacher started.

After entering their class, Julian saw many familiar faces. These were his classmates that he trained with during his time here. Some of these people had gone through life and death with him before he died.

Seeing some of these people made Julian's chest feel tight. Before he died, many people were left behind by Julian in his pursuit of power and ended up dying. He felt that he should make things right this time and not forget those who were there for him.

Julian and Luna took their seats while they waited for their new teacher.

After about 3 minutes, the door to the classroom opened up. Julian looked to see who had walked in and his heart sank.

Standing in front of the door, was Arielle. 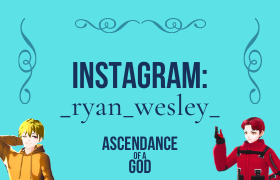 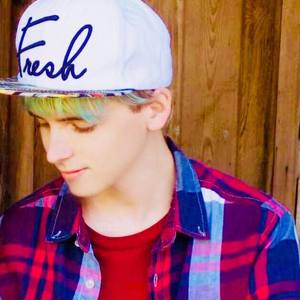 Author’s way of storytelling is so good; I suggest you join Novel Star’s writing competition on April. 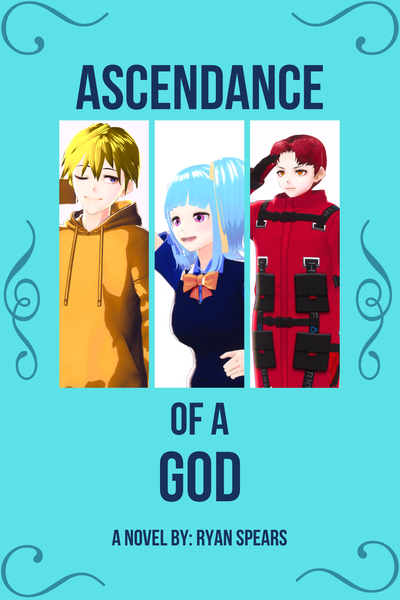 Ascendance of a God

Julian Valera had risen to the status of a God in his past life. Little did he know that his lover would be the one who would betray him. On the brink of death, the God of Time sent Julian back to his past to regain his power and right his wrongs.
Subscribe 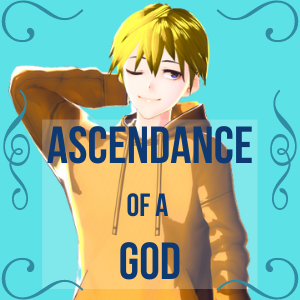