Beauty is the Beast

Gavin sat with his father in the library while his father worked.  The ten year-old was always interested in his father’s work.  Lord Lowell was an alchemist, and to Gavin, alchemy seemed like magic.  But Gavin had learned not to say as much to his father, as Lord Lowell had a habit of going off on a rant of sorts about the differences in magic and alchemy.  The distinction mattered greatly to the reclusive nobleman.  Lord Lowell lacked the ability to channel mana, so he could not cast spells.  He often told Gavin that alchemy was as close to magic as the un-gifted like himself could get, but magic it was not.  It was science.

Gavin had decided he liked science.  He took great interest in watching his father combine alchemical reagents and apply different levels of heat or pressure, or mix them with other substances Gavin knew nothing about.  Sometimes Gavin could see that what his father was doing had worked.  A liquid would take on a familiar color or smell of something like a healing potion or a sword-sharpening coating.  Other times, Gavin had to study his father’s face for clues as to whether the results were good or bad.  He memorized the subtleties of the man’s face; a muscle twitch in his cheek was a smile suppressed by concentration, a crease in his brow hints at the frown that would appear when he wasn’t so focused.

Lately, his father’s work had been different.  He spent less time in the lab, and more time in the library.  Sometimes, Lord Lowell would read passages from his books aloud to his son, and let the boy ask questions.  The reclusive alchemist’s interest lately had been centered largely around demons.

Gavin felt conflicted.  A lot of what his father read to him about demons was rather frightening to a ten year-old child.  And Gavin’s mother made it very clear to both of them that she disapproved of her husband’s interest in demons, let alone involving Gavin in the subject.  They didn’t exactly fight about it.  Lady Lowell let the Lord take charge of Gavn’s education, and after her initial expression of dislike, she did little more than purse her lips or narrow her eyes, or sometimes shake her head.  Gavin had once tentatively asked her if she was angry that he was learning about demons, and she told him she simply thought he was a little young for the subject, but otherwise felt it was good for him to learn.

Sometimes, Gavin had nightmares.  He never told his mother.  He didn’t want her to be upset, nor did he want to risk her making his father change or stop his lessons.  He reasoned the nightmares weren’t that bad, nor did they happen that often.

Gavin was startled out of his thoughts by his father’s sudden exclamation.

“Aha, my son, I think I’ve figured out how to become a mage!”

The boy blinked at his father, confused.  He knew his father greatly regretted not being born with the ability to channel mana, but he also knew it was impossible to change what one was born with.  Lord Lowell had often lamented that fact.

“I thought you said that wasn’t possible?” the boy cautiously asked.

“Oh, yes, normally it would be quite impossible.  Quite.  But demons have a great many impossible powers, oh yes.  It is tremendously risky to attempt to bargain with one, as the price they demand is usually quite high,” Lord Lowell explained, his brown eyes bright as he looked at his son and raked his hands through his unruly brown hair.

“A soul,” Gavin dutifully repeated the fact from his lessons.

“Yes, the stronger demons usually demand a soul, one way or another.  Lesser demons tend to make demands that are not quite as steep, but might still be challenging for a layman.”

“What does that have to do with becoming a mage?”

“Hmm, what indeed?” Lord Lowell smiled.  “I believe I’ve found a demon that I have the means to contain, and it is powerful enough to grant me the ability to channel mana, but just barely qualifies as a lesser demon.  The only problem is…” the alchemist got a mischievous look in his eye as he set the book down and approached his son.  “It likes little children!” he shouted, and began tickling the child.

Gavin shrieked with laughter and tumbled off the sofa onto the soft area rug.  He rolled under the sofa to escape the tickling, and crawled out the other side.  He sprinted from the room, laughing as his father chased after him.

Lord Lowell left the book sitting on his desk.

A couple weeks later, Gavin was outside, helping his mother tend the garden she shared with his father.  The raven haired beauty loved flowers, while the eccentric Lord preferred to grow his own alchemical reagent herbs.  The couple bonded over the shared garden, and spent many happy hours together, elbow-deep in fertile soil.

Gavin enjoyed spending time with his mother outside in the garden.  When he was younger, he enjoyed digging for worms and catching grasshoppers.  But now that he was getting older, his nanny was teaching him how a proper Lordling should behave.  Gardening was an acceptable hobby, but only if it were done properly.  Playing with bugs was not “proper” gardening, nor was it proper behavior for a noble heir.

Gavin didn’t really mind learning the “proper” way to garden if it meant getting to spend time with his mother.  She was a gentle woman who acted every bit the proper lady, despite the fact that she was common-born.  She made no secret of that fact, and made a point to Gavin that those of common birth were no less worthy or important than those of noble birth.  She didn’t talk much about her life prior to becoming Lady Lowell, but promised Gavin she’d tell him more when he was older.  Her light brown eyes sometimes looked sad when she told him that, though her smile never faltered.  Gavin thought something bad must have happened to her, that he was still too young to understand.  So he tried not to push her on it, even though he was dying of curiosity.

The boy looked behind him at the sound of his father’s voice.  He glanced at his mother, who smiled and nodded her head towards the castle.  Gavin got up, brushed the dirt from his hands and ran to hug his father.

The Lord of the castle laughed softly and ruffled his son’s shaggy black hair.

“You figured it out, Dad?” Gavin asked, getting excited.

Gavin helped his father collect the black salt, red candles, and various herbs and powders they would need.

The alchemist used a string tied to a peg to measure out perfect lines and circles.  Gavin helped by pouring the black salt along the string where his father indicated.  The pair also set out the red candles at precisely measured intervals.  What they ended up with looked like a double summoning circle, one inside the other.  The smaller, central one was of a different design, and had an empty center ring large enough for someone to stand or sit in and not be touching or hanging over any of the salt lines.

“Gavin, I want you to take this knife, which is called an athame, and stand in that middle circle, there.  Be careful not to touch any of the salt!” Lord Lowell instructed.

The ten year-old did as instructed and looked questioningly at his father.

“What is this?  What am I doing?” he asked.  He tried not to show that he was nervous.

“Well, that bit in the middle around you that looks like another kind of summoning circle is actually nothing of the sort.  It’s a special protection circle.  Normally, a child would be placed in the larger summoning circle without the protection circle, and the demon would be called, the bargain struck, and the demon would consume the child,” the alchemist explained.  He held up his hands to stall the questions of his concerned son.

“Relax, I would never sacrifice you!  You are my beloved son.  You trust me, right?” 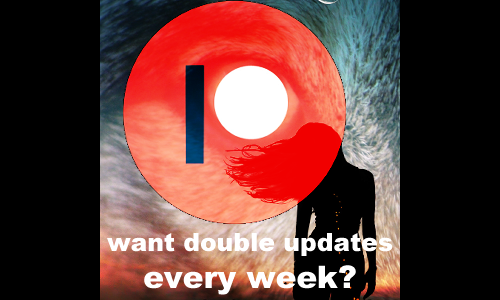 Sometimes when you read something over and over and over, it all just kind of blends together. So I know neither I nor my husband will catch every single spelling or grammar error, especially if they're the type of error that gets overlooked by the writing program's spellchecker. So if you see any errors, please do bring them to my attention and I'll correct them!

Part 2 of the prologue will be marked "Mature" for gore. Consider yourself warned. (I will try to put relevant content warnings for upcoming chapters down here on the chapter prior to the content, so check here every episode if you're concerned.) 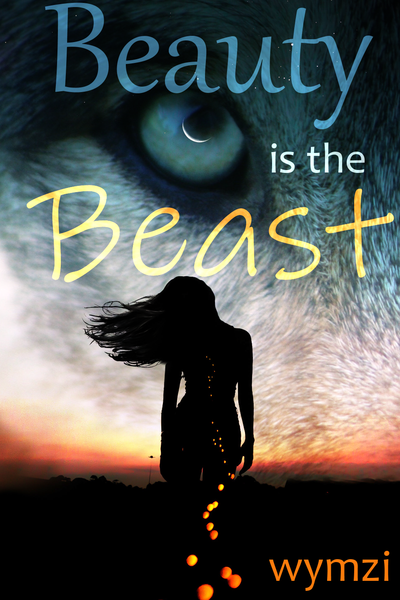 Beauty is the Beast

This is a reimagining of the classic fairy tale, and an alternative take on popular shifter stories. There’s no debunked alpha/beta tropes here!

Calista Hemming is a beauty with a duty. She is the sole healer for two factions of lycans. The "tame" lycans who live in secret among humans because that is where they see their species being able to survive in the long term, and the "wild" lycans who live in the woods outside the town's borders who believe the traditional way of life for their kind must be preserved. Calista is caught in the middle, and bears the responsibility of keeping the peace through an agreement her grandmother made between the two factions.

Gavin Lowell is the Lord of the castle, son of a reclusive alchemist. His parents died tragically when he was a child, and he carries a terrible demon curse from that incident. He lives alone, leaving the management of his duchy to his steward. The people he is meant to manage don't really notice a difference, as his father left his duties to them to the steward, preferring to focus on his alchemical research.

The two are thrown together, and they must learn to live with each other in order to solve the problems they both face. If they can't succeed together, everything will fall apart. 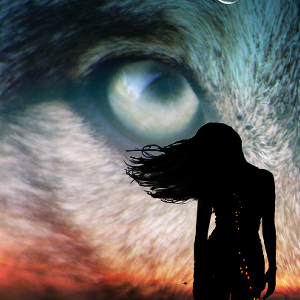