It was winter again. Not that there has ever been much difference between seasons in my planet, but it was that period of the year where I was reminded of my importance. The ice spikes crushed under my boots as I dragged my way through the cemetery. The thick snow, coldly brushed over my pale skin, making it tremble for its arctic temperature.

As I approached her grave, my father laid his hand on my shoulder:

“This is your reminder, Andrew.” he claimed. I tilted my head and squeezed my eyes to read better the letters on the gravestone: Anya Moriva.

That was the name of my mother.

Not many people can pronounce my name. Zukrya, for example, used to struggle so much that she decided to give me an easier nickname: Andy. I never liked it though, and so did my father, so she stopped calling me that. On the other hand, Rasgh did his best to learn that weird pronunciation, in his opinion it makes me stand out. Well, I can’t deny that not many people in this time and age are named in an ancient language’s name. Not many nobles at least.

I did hear of many slaves from Earth being named Andrew, just like I am. That’s why my father gave me this name, to always remind me of my mother’s homeland.

Sometimes it can become a handy tool, for example, people don’t ask me to explain them my features after I introduced myself. Although I inherited some of the typical Gliesek characteristics from my father, my blue eyes and my straight teeth are a dead giveaway that I’m somehow from Solaris.

How could a being without sharp canines even survive on a harsh planet like Gliese?

Although I always thought that this was a temporary problem, once my time would’ve came to introduce myself to the empire, everyone would’ve known who I was and no introduction would’ve been needed anymore. I’m the only son of the duke after all, only a fool would ignore me.

As the winters passed, this time kept getting closer.

“It’ll be next winter.” Rasgh claimed as he served dinner to my father.

“How ready is he?” my father replied while biting his sand whale.

“I’m positive that he can pass the fight on his first try.”

My father looked over the long table towards me.

“How about committing travek?” my father claimed, without breaking eye contact with me.

“That’s… that’s impossible, sir! Even for someone as talented as Andrew!” Rasgh was quick to defend me.

But I knew that that claim wasn’t meant for Rasgh, my father was giving me an order. Something that I shouldn’t deny.

“Why not?” I asked while calmly enjoying my dinner.

“But… but young master Andrew, many aliens will try to take you down. You’re their main target after all!”

“So what?” I interrupted him. “If many aliens will try to fight me, it means that I am more worthy than them. Am I not Andrew Sdravek of Gliese? My name shall speak for itself. I’ll let them know that the sole heir of the warrior race has come to introduce himself.”

“If I’m not ready then make me ready, Rasgh.” My tone was solemn, my eyes were piercing through his head. He gently bowed before excusing himself, he knew that there was no turning back now.

My eyes quickly moved to observe my father. Was he proud? Excited? Anticipating? None of the above.

As cold as the Gliesek ice; he gently bit his dinner before approaching the wine glass. But instead of taking a sip, he sighed

One year quickly passed. We found ourselves packing our belongings and heading to VTR, the home of the Imperial family.

As a high ranking noble, this wasn’t my first time visiting the planet, nor meeting the royal family. But it was indeed the first time I was presenting myself in an official way.

The spaceship was built with four seats facing each other and one frontal one for the driver. I quickly claimed the seat right next to my father while Zukrya took over the front facing ones. I sat over while stretching my legs; my black boots rested on her ankles but she didn’t seem to mind, with a grin on her face she took over my feet and let them slide on her lap.

“Not tall enough.” I claimed.

“Agh come on! Glieseks always have high standards for their stature, I’m sure you’ll be the tallest of all the kids that will visit the Emperor today.”

I gently smiled. Not because I was flattered nor because I agreed, but Zukrya had a habit of flattering me whenever I claimed to not like something about myself. I do not have any feelings towards my flaws nor my strengths, therefore I didn’t understand why she had to try to change my opinion. But I didn’t feel like debating, this back and forth was boring enough for me.

“Your human genes must be holding you back.” my father broke his silence, without ever turning his face from facing the window.

“I don’t think young master Andrew looks very human, master. Look at his silver hair! Those are very rare in Solaris.” Zukrya said while squeezing my ankles and silently smiling towards me.

“What do you think, Andrew?” this time my father turned his head towards me.

“Huh?” I replied while keeping eye contact with him.

“Today is your day. Prove to me that you’re Gliesek. Prove to the citizens that you are a worthy ruler.”

VTR was exactly like I remembered. Tall, magnificent glass buildings portraying all types of alien bodies decorated the landscape of the planet. Mass of water floating around, purple and red plants coloring the streets and big screens portraying the latest trends were scattered all around.

“Sak! This must be from Sabar!” Zukrya claimed while pointing to a tree.

[Sak: from Gliesek-loud gasping to indicate something beautiful.]

I wasn’t impressed by any of it. Gliese was nothing more than a big body of ice, no beautiful architecture nor fancy sidewalks in sight. Yet VTR had nothing that Gliese had to offer: the strength and power from their warrior race. Till this day they relied on Gliese for even the smallest military missions. That made me quickly look over their facade. Nothing in this planet would exist without our effort to defend the Empire.

Zukrya took a step back while holding her hand behind her back and the other one straight on her chest while clenching a fist.That was the Gliesek “good luck” salute. I quickly reciprocated before she headed back.

As slaves, neither Zukrya nor Rasgh could access the imperial palace, so once we stepped our feet in the colorful garden, I was all alone with my father.

The fur in my collar heated up my neck that was sweating from nervousness and from the hot stars’ rays. I kept my father’s pace, walking decisively and with a good posture. My long cape dragged over the flourishing grass, while my pale skin contrasted tremendously to my black clothes and the reddish surroundings. After a few steps, a building came up. Majestic and detailed, just like I remembered. Colorful mosaics adorned the window, while an orange-toned paint spread throughout the building. The glass ceilings shined against the rays, hurting my light eyes. At the entrance, a bunch of families were collected waiting to be assisted and allowed to enter. I quickly looked at each one of them: Zaidans, Rok’yas, Drakems. I studied them all and knew everyone of their weaknesses. My eyes quickly followed all the humanoids resting in front of the door, until they got caught by an unfamiliar being.

His reddish skin was exposed by overly revealing clothes, nothing like Gliesek’s modesty. His red skirt presented two slits on its sides, decorated with multiple chains all throughout his knees. His neck was covered by what appeared to be a high neck crop top that exposed his abs to the sun, while around his back a long scarf was secured by two golden bracelets in his arms. I tilted my head trying to recognize that traditional dress. Did I really forget to study a species?

“Beautiful, aren’t they?” my father quickly interrupted my thoughts.

“Sabars. That must be the marquis’ eldest. I heard it’s his third time repeating his fight.”

Sabar. I only heard about that planet from the slaves around me. A small, apparently useless planet, with not even a proper government, let alone a military system. Their only gain was from the incredible amount of aphrodisiacs present in their land and their famous harem. A place based on nothing more than pleasure. Why the Emperor recognized their sovereignty is beyond me.

“They’re quite private but one of their slaves gossiped that they have a son a year younger than you.” my father continued “He’ll be introduced to the fight next year, it would be nice if you made his acquaintance.”

My father never encouraged me to have friends, he always did the opposite actually. He taught me that no one was on our level, so why was he suggesting a relationship with such a weakling? With a brother that repeated his fight three times, what kind of advantage may they give to our planet?

But before I could ask, the doors to the palace violently opened. 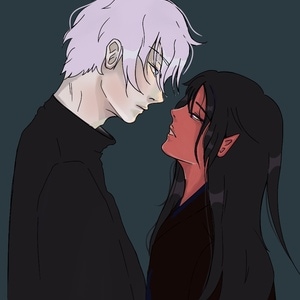 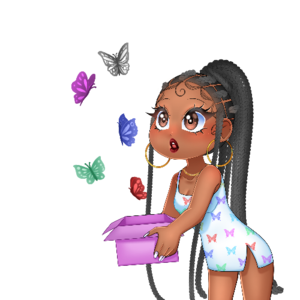 Love the whole vibe already, and it's just the first Chapter! Andrew is a sweetheart even if he tries to hide it 💓 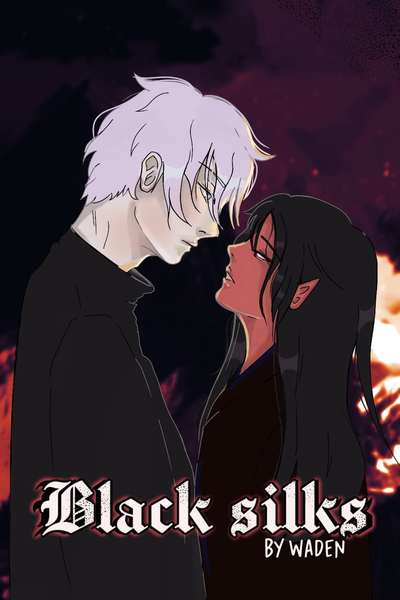 Cold, confident and silent. Andrew is used to operate from the shadows, his name shall speak for itself. Nothing seems to get through his glacial heart, until a small, warm alien devastates his world…
Subscribe 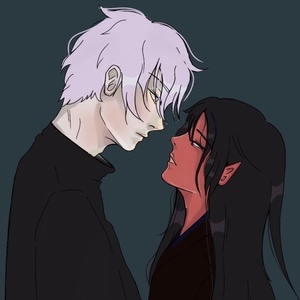