Bodies Of The Lost And Found

At the time of the accident, I, Abraxas, was irrevocably, absolutely not at fault.

This was a fact that we should have cleared up before we begin.

It was a flurry of blurred images, some of which I can’t quite describe. However, I can explain the one thing that I realized after the pain stopped, and the streetlights went dark in the middle of the day;

“I was dead. Literally.”

Now, how could I know this? What feeling could you associate with the realization of death? I can’t really be sure myself. Maybe it was when I closed my eyes and felt the weight of the bonnet lift from my chest. Perhaps it was when the glare of the sun didn’t influence my vision. Or it could have been when I saw the legs surrounding the roundabout where it happened. A forest of frozen adults, hiding the eyes of their children, gaping at the blood that splattered up the side of the car, coating my silver bicycle, a few calling the ambulance with a waver in their voice.

Yet, I think it was when I heard my mother’s voice. The slam of a car door, and the thudding footsteps. A path opened in the sea of people, and she came into view. She was breathing heavily, tears in her eyes, covering her mouth as she stared at what was probably the mangled corpse of her son.

I turned my head to look at her, and maybe this was when I knew. A million broken bones and I still moved enough to stare into her face, with no form of pain. I felt more at peace knowing I couldn’t feel it. Everything about the accident itself was a blur. I had all but forgotten the pain I thought was there.

She crouched next to my head, coating her dress pants with dark stains of crimson. It was more unnatural to watch her dirty her favourite pants; normally she’d cry if she got a drop of coffee on them before an important meeting. I suppose that’s the weight of grief. Humans can be strange in that way. But it’s almost bittersweet.

“Ma’am, please move, we need to transfer him to the bus.” She was a woman from the ambulance which had only just parked behind my mother’s car, having to push through the crowd to pull over a stretcher. Even though I was sure it was over, they lifted me as if they made me of glass and held together by glue.

I never liked the ambulances. Or hospitals. Or nurses. Or the noise that came with them. Even the rare silence put me at unease.

Anyone who worked for the hospital, I never quite liked them aside from the appreciation for their services. They never seemed real to me. Who else would act calm for their patients if they knew it wasn’t worth it? I knew it was to keep the patient and the families calm, and they were doing it ‘for us’, but I couldn’t shake the scepticism.

Mother moved away from me, and I reached for her. Perhaps, if I tried hard enough, she would notice I was looking for her. But she didn’t notice. Not that I expected much more…

They loaded me into the ambulance. Well, actually they loaded my body, I lay alone on the road. My mother got back into her car and followed the ambulance as it disappeared down the street; the surrounding people faded away while the police cleaned up the scene. Pieces of a smashed-up car, a road sign lying across the road, glass sprinkled onto the sidewalk, my bike twisted into a pretzel on the grass, and the orange cones that blocked off the road.

There was nothing better to do, so I stood up and peered into the car that had presumably hit me.

The first thing I noticed was the blood on the windscreen.

I had seen my fair share of car accidents in our little town, but I had never been this close to a scene. There was no reason for me to go closer. Technically, it shouldn’t have even been possible for me to be here, while my body was bouncing along somewhere in the distance.

“This is stupid,” I murmured, shaking my head. “This is some silly dream, like those you have when you forget your clothes at school.”

The difference was, those dreams you can laugh at. Like haha-I-forgot-the-sequence-a-whole-bunch-of-people-do-every-day-I’m-such-a-goose! If this was a dream, there was nothing to laugh about. I slapped myself in the chest. Only once.

I could feel myself, so that was normal enough.

So I reached out and slapped the roof of the car, and my hand slipped through like I had dipped my hand in the water. No! This wasn’t possible.

Well, why should I argue with myself? What else could this be?

Desperation turned me to the glass on the sidewalk. It drove me to move towards it, and it urged me to jump into the shards with as much force as I could muster. Yet nothing happened. Instead, my feet slipped through the concrete, and I was knee-deep in stone and dirt.

I was alone, so there was nothing for me to do.

If I was really dead, I could keep walking and find something that could answer all my questions.

I know, I said being dead felt weightless. And yes, in the 'living world', I felt lighter than a cloud. But, here, wherever this was, I felt all the built-up dread, the ideas that had briefly crossed my mind came flooding back like a dam left open, and all I could think of was my parents.

What will they think?

I couldn't see them now. They were probably miles away, staring at the corpse that looked exactly like their son. Yet it couldn't be me. Not entirely. I was here.

I had kept walking until the dirt under my feet opened up into a cavernous hole, and I fell from the ceiling through rings of stone lit on fire by torches. I fell for only a few seconds, before slamming to the floor and kicking up a plume of dust. Nothing hurt. Which, now, didn't really surprise me as much as it should have. It had only been a few minutes and everything seemed more natural.

"Newcomer!" A voice called from a ring above my head. "Right on time, as usual."

Standing, I looked around. There was ahead, up above, most likely the voice that had spoken of my arrival, but there were plenty more faces watching me from the same level as me. People who looked as normal as I did. Only some of them looked older, some younger, some had a few scratches, some had dents the size of bricks, and others were missing limbs or had holes in their skin where there shouldn't have been.

The only difference was;

They all looked dead.

And I doubt I looked any better. 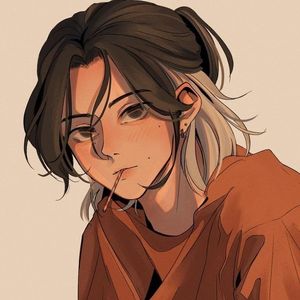 Not his fault of course, but he's dead. Quite dead. But, as all would be when they die, he's not ready to lay down yet.

Sounds easy, yes? He can tell you, it's not. 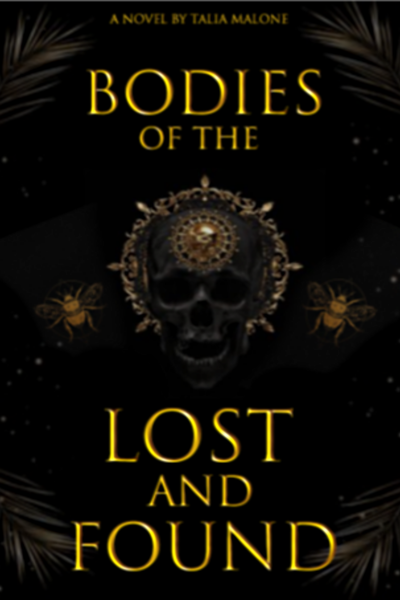 Bodies Of The Lost And Found

When two boys find themselves dead for varying reasons, they're left to float in the underworld; invisible to the living world for the rest of eternity.

However, when they find out that demons and spirits are desperate for a new corpse to possess, TWO sounds like a miracle.

Now, they're stuck in a free-for-all to fight for another chance at living. 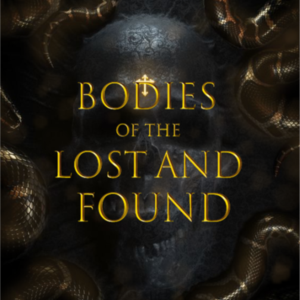