Breaking my Father's Every Rule

My name is Alice, I'm a small petite girl with blonde hair and ocean blue eyes and I live in London.

I live in the dark realm in hell, it's really not as bad as it sounds.

Here I have to find the right person to possess that belong on earth.

But I broke my father's every rule.

I fell in love with an immortal from the dark mirror, I watched him every now and then.

I really don't think this is my fault boys here all care about becoming just as evil or even more evil than my father.

Plus they have horns hidden within their hair and I don't want a goat.

I want the boy whom I watch from the dark mirror I admire his dark red rose hair, the way he speaks, his eyes that sparkle and his smile that could light up the entire galaxy don't get me wrong his looks wasn't the first thing I fell for it was actually his character He can be very to himself and likes to wander off to the world, yet he's kind to others and very talented with the guitar. He's not very known in school.

I remember like it was yesterday when I searching the people from north coralline and found him under a tree playing his guitar and my heart thumped harder than should have.

Just thinking about him, makes me feel funny.

With just a few days I found out the person Jason had a crush on. Crystal Lumia the most popular girl in school a girl with black long hair always pushed behind her ear to reveal her diamond earrings. She had green emerald eyes and pink pink lips. She is a horrible human who didn't care about anyone but herself. Which I didn't understand why Jason would like her, but somehow I understood, she was beautiful.

You are probably wondering what I really look like since I mentioned my father was the devil.

I don't have horns nor do I look like I a punk-that-wears-all-black-chick or something extreme scary like that but my transformation is 'scary' when I'm angry.

I have red fire eyes that burn brighter than existence. My hair is blonde, my skin is extremely pale yet I look somewhat alive thanks to my pink rosy cheeks, very holy huh.

How is that since my father is Satan?

My mother is a beautiful angel.

Her name is Lelia Halos.

A woman with hair up to her shoulders the color of the sun, ocean blue eyes, light pink lips with a beautiful smile. She a very happy excited innocence soul, so full of life.

My father and she were never to be together but they somehow had me.

I couldn't be with my mother up in heaven because my father sacrifices himself for her not to get in trouble for having me, even if he wasn't ready to raise me, and now I know why he did it, he was in love with her. Yup deep down inside of his interior bitter soul he has a heart that was created when he met my mother.

He named me Desire, I always thought it was for a sin, but it was actually a desire to have my mother in his existence.

In a way, I have both good and bad in me, just like that weird saying on earth, ying, and yang?

Because of my mother, I look very normal, my transformation is the side where I resemble just like my wonderful father Satan.

My father doesn't really look like you imagine he doesn't have full-on red skin or waist down he's half goat or he has a chicken foot and the other a pig foot.

Down here he is a very well suited tall man with black hair slicked to the side he does have big horns on his head that look natural actually a very good-looking man with red fire eyes. My father being the devil never ages meaning he stays looking very young around his '30'. He does have a wicked soul within him but he knows how everything is balanced yet he's a lovable, smart, strict, cocky man.

He has many followers, horrible people that used to roam the earth such as Hitler, Stalin, and Osama.

In a way, they have pride and fear for my father.

I mean I would too, I would be very afraid of his scary transformation as well.... but it's something everyone sees when he or she are judged to come down here.

Immortals are sent to hell and sent off to the deadly sins gates one by one.

But if you did something that amazed my father it was a different situation for you.

I was only five years old when Hitler was automatically sent to hell we all know the reasons let's be real.

My father was speaking to me about the man that killed many people on earth with such excitement.

Hitler was sent to the dark realm that was automatically greeted by my father and me.

The man stood tall, had a deep accent and had a small mustache but he was shaking with no idea what to say he looked confused and lost.

His voice was translated into English.

After talking to him, and explaining who we were and what was going to happen to him, he was still shaking and he was afraid for his life.

He soon realized that he was being praised for what he has done, and was granted to an anything he wanted.

He later became really close to my father and was known mostly as my Uncle. Uncle Hitler is such a jokester and cocky just like my father. He always makes jokes about Jews, but I was never sure about what they were until it was briefly explained by one of the soul keepers.

I have to think of something. 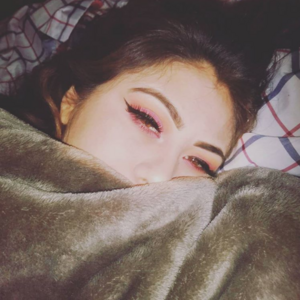 There's a lot of dark humor in this and I love it XD. I love why her dad named her desire! 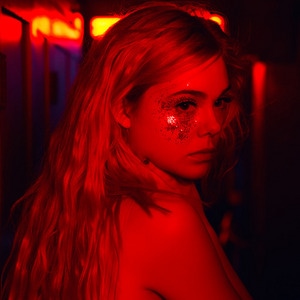 Breaking my Father's Every Rule

My name is Alice, I'm a small petite girl with blonde hair and ocean blue eyes and I live in London.

I live in dark realm in hell, it's really not as bad as it sounds.

Here I have to find the right person to possess that belong on earth.

But I broke my father's every rule.

I fell in love with an immortal from the dark mirror, i watched him every now and then.
◈◈◈
Subscribe 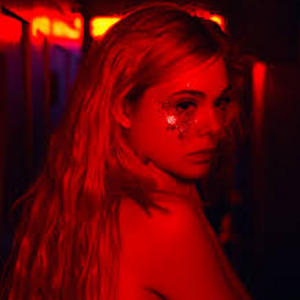