Cancel Continue
It's a blank yellow background, a whirring of flourescent lights is looping, before someone in a tuxedo walks on screen, they have sharp black ears on the top of their head, a helmet covering all of their face but the mouth, they're displaying a rather toothy grin.
"Hello. I am Norman Wayne, First Consulate of Dydact Industries, here at Dydact, we have many priorities. Profit, Control, and Power."
Someone walks on and whispers to Norman
"Oh, that's the business meeting version. Our priorities are Comfort, Quality, and Comedy! Because we all know why the Skeletene crossed the road. To become a terrorist"
A laugh track plays
"Dear Earthlings, you may not know of the Niune Region, as your planet was just inducted into it, so you may not know yet, so I will show you our highest quality map of it."
"Wow, such a oh-so-very high quality map. So detailed." Norman says monotone.
Norman walks to the right, the background shifting to a jungle planet
"Now, earthlings, you're now apart of the Niune Region, and you need to know how this place works, us at Dydact Industries are at the top here, we're the government, and we're also the only company here. But furthermore, we've been dealing with some troubles here on the planet of Ustea. See, on Ustea, we've been doing harmless mining for the precious resources in Ustea's underground, like Zinc, Silicone, Gold, and even Coal and Oil. And this race of people known as the Skeletenes, are performong terrorist attacks on our people, all the time! To get news on this situation we have a local here to tell the facts. So, Edith Lambert, local Rananeese, what do you think?"
Someone walks on screen, short black and green hair, tan skin with green spots over the back of her neck, and round sunglasses over her eyes, and two mechanical arms instead of... Regular ones
"Tell me about it Norman, these terrorists and their strange vegan-like shit, let me tell you, I was on a bounty hunting job to kill someone, and guess who got their first, but the famous skeletene bounty hunter Tora. She stole my kill, and then tried to kill me! I mean, after I tried to kill her, but that's not important"
Norman just kinda stares at Edith
"That was... A lot of words?"
Edith gets real close to Norman
"So how much are you payin me?" She said inquisitorally
Norman.exe has stopped working, and two security guards take her off screen
"Anyways" Norman starts "The Skeletenes are a big problem, and we hope to eradicate them soon enough."
Norman walks to the right again, coming to a purple ground, and a starry sky.
"This is Vogutis, the smallest planet in the Niune Region, we use this planet for harmless testing, especially for a special new program called the Prototype Program, headed by Senior Scientist Verner Von Gushovick, from your very own Planet Earth."
The audio starts clipping before a 22 foot tall shadow rises in the background, before the feed abruptly cuts to an ocean with Norman on a little canoe on it
"This is Denilia, this is an ocean planet, there is no landmass on this planet, and it is the biggest planet in the Niune Region, all of it's inhabitants live underwater. This is our prime location to fish, but a lot of pirates like to whale, which is very illegal, but don't worry, we have someone on the job for that."
An old wooden ship, which looks like a pirate ship floats by in the background.
"Now, this is not all the things that the Niune Region, for instance..."
The background cuts to a dark red sky, a dark soil with craters about everywhere, and a lava river running in the back-background.
"This is Cerberus, the factorial center of the Niune Region, if you buy something from us, there's a 99% chance it's from here."
A 12 foot tall robotic entity walks on screen next to norman, they have slim limbs, and a slim body, and have a human skull as a head, with one glowing red eye
"I have here the Planetary Consulate of Cerberus, known as the Harvester. And if we're so lucky to hear him speak..?"
The Harvester just looks down at Norman
"That's a no, but trust me, despite his menacing appearance and name, he's a sweet guy."
The Harvester shakes his head
"No? Well, he's the best ruler of Cerberus, that's for sure. There's so much I'd love to tell you all, but unfortunately, I really don't want to, and the 5 credit budget for this documentary is running out, so I bid you all a very lovely day, but I do hope both sides of your pillow are warm."
Norman walks off screen, The Harvester bows before the program ends, and the TV is turned off.
A skeletene with pure black skin, and her skeleton tattooed on her body is holding the remote, she tosses it asside
"Yeah fuckin right, like any of that corporate bullshit's true."
That's Tora. 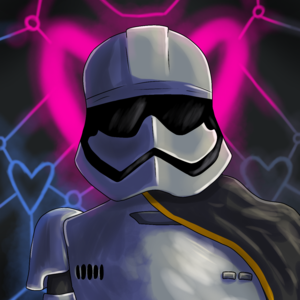 A lore dump that I sure hope doesn't feel like a lore dump, since it's like a documentary. 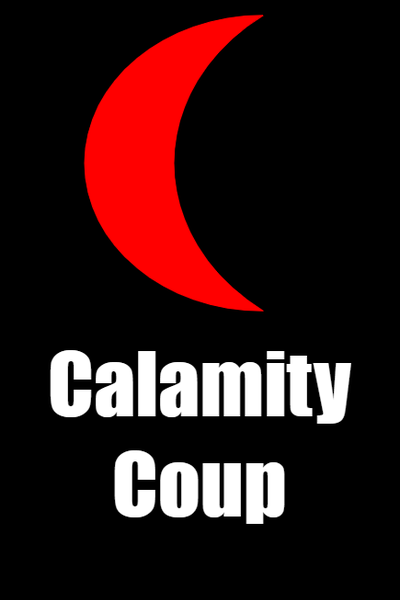 1419 years in the future, the year 3440. All logic from our time is outdated, Earth is apart of a region in space known as the Niune Region, this region is run by a mega-corporation known as Dydact Industries. A strange faction known as The Bird Union has hired Mercenaries to their cause, to bring down Dydact Industries, and at the helm of it, Norman Wayne, who's the leader of Dydact, known as the First Consul.
Subscribe 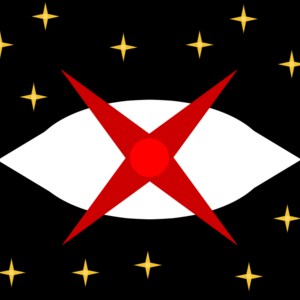