The only thing strange about the weather on the day of the funeral was how bright it was as it rained. Almost as if the sun that had remained hidden behind a veil of clouds most of Valorie’s life was attempting to step out and provide her with some comfort to remind her that life goes on. It was an empty comfort, however. Just like the condolences from people in the community who acted as if formulaic words from people who had never bothered to take an interest in her until now would somehow ease the loss of the only person she had ever considered family.

Valorie lowered her umbrella over her shoulder and turned to look up at the unusually bright sky as the rain softly pelted her face.

“Look, Pa!” Valorie rushed into the house and left the door open as she splashed across the floor. She pointed out the open door behind her and with wide eyes and dripping hair looked at her surprised pa as he sat in a chair across the room. “Look! It’s raining, but the sun is still out! I didn’t think it was supposed to do that.”

Pa’s face relaxed into a smile, and he stood and walked to the door. “Yes, sometimes that happens. Not very often though. I think they refer to that by saying that the Devil is beating his wife…”

He caught the shocked look on the little girl’s face and quickly continued speaking. “A horrible expression really, and I’m not even sure where it came from. Of course, the Devil doesn’t have a wife to beat in the first place.”

Valorie closed her gaping mouth and nodded resolutely. “Of course, no one would ever marry the Devil.”

Valorie smiled as she thought of the memory from well over a decade ago. Pa had done his best to raise her with what little he had. Looking back, she knew she had been quite the handful as a child, but he somehow managed to handle her enthusiasm for life with the grace of an old bachelor that had weathered many things during his life.

Valorie glanced at the canopy that stood over the area where Pa’s casket rested. Most of the townspeople that had been milling about had dispersed and walked back into town. She recognized Mrs. Meyers, the owner of the general store, and her son as the only two that remained near the cover of the canopy and decided to make her way back to the casket to say her final farewell to Pa. As she approached, the Meyers stepped away to respect her privacy.

The casket was a simple wooden casket with no extra furnishings, just the way he would’ve wanted it. Valorie rested her hand on the lid and closed her eyes. “I’m sorry I wasn’t here for you, Pa. After all you went through to raise me, the least I could’ve done was come see you before…” Valorie took a shaky breath. “I’m sorry. And thank you. I may never know why you took me in, but I’ll always appreciate the home you gave me. Thanks for being my Pa. You were the best family I could’ve asked for.”

Valorie clenched her hands and forced herself to steady her breathing as tears started falling from her eyes. She closed her eyes and brushed away at the tears. What am I even doing, she thought to herself, it’s not like he’s here to listen. He died weeks ago, get a grip, Valorie! Valorie stepped away from the casket and focused on taking deep breaths until she had felt like had herself back under control.

After regaining her composure, Valorie looked up and saw that the Meyers were still lingering not far away. Unlike most of the townsfolk, who were complete strangers, Valorie had a few memories of them from whenever she would visit the general story with Pa and had appreciated that they came to give their condolences. She decided to walk over to where they were standing and speak to them. “Thank you, Mrs. Meyers, for coming here today. I’m sure Pa would’ve appreciated so many people coming out to say goodbye.”

“Ah dear, of course, it was our pleasure.” Mrs. Meyerss face was soft with kindness. “We may not have been very close to you or your pa, but you are both treasured members of our community. And besides,” she paused to smile fondly, “I feel almost as if I got to watch you grow up. I know you only came to our store every so often, but you were always a joy to serve.”

Valorie smiled. “I had no clue you even remembered me. It’s been so long since I’ve been in Cape Town.”

“Dearie, why of course I remember you, Valorie! I’m not one to forget a face, especially one belonging to such a sweet person as yourself.” She looked deeply into Valorie’s eyes and then extended her arms. “May I give you a hug, dear?”

Valorie opened her mouth, not quite sure how to respond, but decided to simply smile and nod. Mrs. Meyers gently pulled her into a warm and firm embrace. Her arms made Valorie feel safe, and she felt tears begin to pool in her eyes once again although she couldn’t understand why. Mrs. Meyers’ motherly touch seemed to lift some unknown weight from Valorie’s shoulders.

With her face still tucked against Valorie, Mrs. Meyers softly said, “Valorie, if you need anything, please know my doors are always open to you.”

Valorie nodded, and Mrs. Meyers released her from her embrace. She grasped Valorie’s arms just below the shoulder and gave them a gentle squeeze. “I mean it. Anything, anytime. I know you don’t know me too well, so I don’t blame you for being shy, but as far as I know, your pa never was too close with any of the townsfolk, so I figured you weren’t either. Please don’t feel the need to be a stranger to the Meyers family.”

She released Valorie’s arms, and Valorie brushed away at a tear as she returned Mrs. Meyers’ kind offer with an awkward smile. “Alright, perhaps I’ll take you up on that offer. And thanks again for being here today.”

“My pleasure. How long do you plan on staying in Cape Town, dearie?”

“I’m not sure. I plan to go through Pa’s things and then sell his property…” She looked down at her shoes as guilt filled her at the idea of selling Pa’s things so soon after his death. I mean, it is the logical thing to do, she thought. I don’t need it, and he obviously doesn’t either. I know Pa always taught me to make rational decision, but, still. Valorie looked back up. “A few weeks at least. I’ll have to go back to my university once the fall comes, but I still have a couple months until then, so I plan to just figure it out as I go.”

“Understandable. Well, just let us know if you have need of anything. I can always send Adan down to your house to deliver something as well.”

Adan. That must be Mrs. Meyers’ son. Valorie turned to look around Mrs. Meyers to her son that she had forgotten about as they were speaking. He stood off behind his mother by a few steps with his hands in his pockets as he poked at the ground with the toe of his shoe, but upon hearing his name he looked up and his eyes met with Valorie’s. His eyebrows were ever-so-slightly raised in what might have been surprise or confusion.

Valorie smiled and gave him a nod. He gave a small nod in return before turning to look away.

Mrs. Meyers’ quiet sigh brought Valorie’s attention back to her.

“Thanks again, Mrs. Meyers. Hopefully, I won’t have to burden you guys, but I greatly appreciate your offer. Maybe I’ll get the chance to come visit the store soon.”

“I’ll look forward to it. And please, Valorie dear, don’t think of yourself as a burden.” With a quick and somewhat sharp glance at her son, she added, “We’d love to help.”

Author's Note: Hello, and thank you for reading the first part of Cape Town! This story is a project that I'm doing to practice my storytelling and art. I've always thought that it would be fun to create a webtoon but always set that aside for a future me who's better at making stories and drawing, but late last year I had to stop and remind myself that you don't get better without practicing. So here it goes! My goal is to create a webtoon throughout the course of this year, starting with writing the story out. Since I intend to turn this into a webtoon, I still consider this novel version to be a rough draft, so bear with me through the roughness. 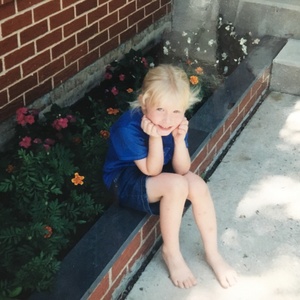 So this is new. I've never publicly shared any of my stories before. I hope you enjoyed this slice of my current work in progress!

Don’t mind me, I’m just cringing at my awful writing 😅 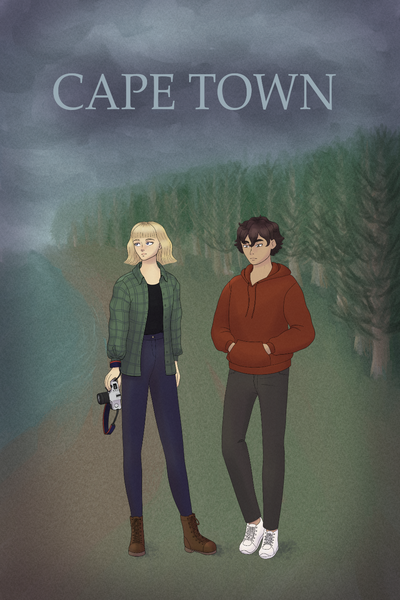 Valorie always knew the circumstances around her birth were different. Sure, when she was younger, the fact that she had never met her parents and was raised by a reclusive old bachelor who spent his days fishing had never bothered her, but when she grew older, she started to have questions about her identity. She loved her pa but became frustrated by his refusal to share what little he knew about her parents.

Now, Valorie is a young adult who spent years working to confirm her legal status so she could be accepted into a college. As she makes plans to establish herself in the world with her new legal identity, she receives the devastating news of Pa’s death. For the first time in years, she returns to the small community of Cape Town to bury the man who raised her and go through everything in her childhood home before saying goodbye for the final time. But a discovery in the attic provides a new clue about Valorie’s family and leads her on journey that reveals secrets that some in the community would rather remain hidden.

(This story is technically a rough draft for a webtoon I'm in the process of creating. Both the novel and webtoon versions are intended to serve as a way for me to practice doing all of this for the first time, and I don't expect either to be awe-inspiring. However, I still think it will be fun to share them, so I've decided to do just that.)
Subscribe 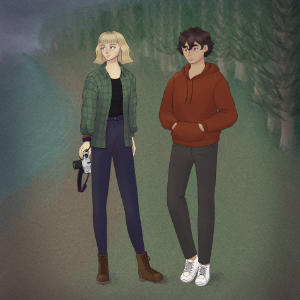