The old black car slides to a stop on a quiet street. Four high schoolers get out, one of which is holding a camera. He proudly sets up the camera as the others talk through the scene. Mark and Henry get back in the car, but Jeff stays behind.

Rolling down the passenger window, Mark says to Ray, the cameraman, “We’ll go around the corner. Can you shout ‘action’ when you guys are ready?”

Ray looks up to give affirmation, “Yup.”

The car rolls around the corner and Ray finishes setting up the camera. “Ready?” he asks Jeff.

The car careens around the corner as Jeff steps into the street. He pretends to get hit and falls across the hood of the car. Mark jumps out of the car, scoops up Jeff and carries him to the back of the car and places him in the trunk. Running back around to the passenger seat, Mark gets in and the car screeches off.

Through the viewfinder of the camera, Ray sees the scene play out. At the end of the scripted scene, he puts his camera down when he hears another noise from around the corner. A police car rounds the corner, sirens blaring. Ray watches in horror as they chase down his friends. As quick as he can, he packs up his camera and starts off towards the cars.

Five blocks down, Henry pulls over for the cop car and rolls down his window. “We’re in trouble,” he tells Mark.

“Yeah,” Mark squirms in his seat. “Hopefully they believe us.”

Through the rear view mirror, Henry sees the cop get out of his car and make his way towards theirs. “I’m officer Slater,” he announces, once he reaches the driver’s seat. He flashes his badge, “I’d like you to please get out and open the trunk.”

Henry and Mark oblige, getting out of the car and moving to the trunk.

“I know what this looks like,” Mark starts. “But we’re actually filming a movie for our high school about a hit and run.”

“Really?” Officer Slater regards Mark as they reach the truck.

The Officer watches intently as the trunk opens, revealing their friend, Jeff. “Hi,” he says, getting up.

“Are you all right?” Officer Slater moves forward.

“Yeah, I’m fine,” Jeff says. “We were filming a movie about a hit and run, sorry for the confusion.”

“Sir!” The four guys turn to see Ray run up, only slightly out of breath. “Please, this isn’t what it looks like, we’re making a movie,” he holds up his camera for proof.

“This movie is about a hit and run?” Slater asks, scanning their earnest faces. “In that case, I could help with it.”

Jeff is the first to speak, “Really? That’d be great!”

“Yeah,” the others chime in.

“I’m happy to help,” Slater smiles. “After the initial hit and run, we could do a chase scene.”

“That will be so cool!” Mark is grinning now.

“Let’s head back down and we can film it again.”

“Okay!” The high schoolers eagerly get into Henry’s car and drive back to their starting point.

A few minutes later, the scene is set up. Ray adjusts his camera while Jeff prepares to act the part of getting hit by a car. Around the corner, Henry and Mark sit in the car, ready to go. Behind them is Officer Slater in his police car, waiting for the scene to begin.

Jeff steps into the street as Henry’s car swerves around the corner. Jeff falls forward across the hood of the car, his body splayed. He lets out a scream of agony as the passenger car door flies open and Mark steps out. He reaches across the hood and pulls Jeff down. Mark picks Jeff up and jogs around to the back of the car where he lifts open the trunk and places Jeff inside. Slamming the trunk closed, Mark gets back into the car, which screeches off.

Not ten seconds later, Officer Slater’s police car -- sirens and all -- chases after Henry’s car. Ray films the two cars driving off into the distance.

A few minutes later, both cars come back. “How’d that look?” Mark asks, getting out of the passenger seat.

“Great! I think we got our footage,” Ray smiles.

Henry and Slater get out of their respective vehicles and join Mark and Ray.

“Yeah, thanks,” the others agree.

“Well, I better get back to work in case anyone needs me. A pleasure to work with you,” He tips his hat and strides back to his car.

“You suppose we should get Jeff out of the car?” Mark smirks once the officer is out of earshot.

Once the hood is opened, Jeff turns toward them. “Hey guys, did we get the shot we needed?”

“Yeah, you did great,” Ray replies.

“Well good, because...” Jeff pauses, “I think you may have run over my foot in the process.” 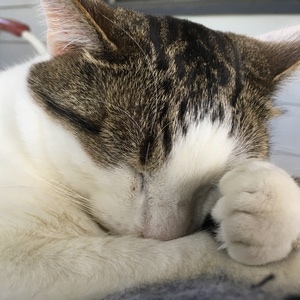 This true story takes place in spring of 1968 when my uncle and his friends were involved in a very unusual hit and run incident. 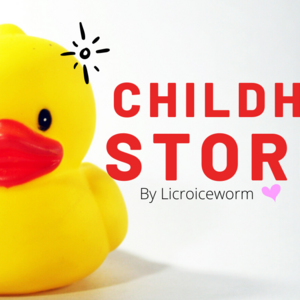 A collection of interesting stories from my family. Constructed with my memories and experiences, the views of my relatives, and some other creative input. Mostly non-fiction.
Subscribe 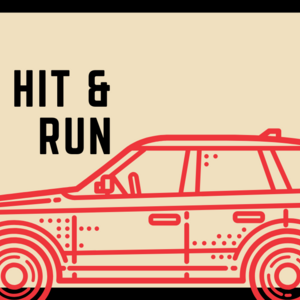