Satomi approached the waterfall, holding a towel in her hand. “ Lady Sakiko.. you have been there for quite some time, it’s… It is time to pray to our kami.”

The shrine maiden, took a deep breath, attempting to relax every muscle and nerve in her body, steeling her emotions, she had received the news that her dearest friend had been killed by the Evil King’s army. Not much longer till they arrive. She thought, her eyes watered for a few seconds, she looked at Satomi who was holding out a towel for her, she gave Sakiko a gentle smile, she knew very well why she gave her that smile. Sakiko got out of the waterfall, taking the towel and wrapping it around her body. “ Let us prepare then…”

Inside her room the shrine maiden turned to look at herself in the mirror, her blue eyes staring intensely back at her, her mouth stuck with a frown. She did her best to pretend she was fine, raising her two fox ears. She wasn't human, she was a demi-human , she looked at her clothing, the traditional kimono given to her as soon as she turned 21, a white kimono with tiny designs of roses and hummingbirds, a black satchel adorned with a pink cherry blossom in the center, a red shawl lightly around her, her long white hair dropped over her shoulders and on her back till her waist, she did love her fur tho, a light cream with white.

Sakiko approached a small area for dancing, her tiny stage illuminated by nothing more than the paper lanterns and the full moon above her, taking her staff in hand, she began to sing a prayer and start her kagura dance to the shrine's kami, Inari, the god of foxes, fertility, and rice. Everyone watched her always in awe as she danced, it was like they were all in a trance. There were twenty-two shrines in total, she was in charge of this shrine, till the next Shrine Maiden would be ready, but this wouldn’t be for a long time. Once she finished her dance and song, she went back to her room, changing quickly into her sleeping clothes.

Her ears perked up before she even heard the knock. “ Come in.” Satomi went inside the room, closing the screen behind her. “ My Lady..are you alright? I understand that you have taken hard the loss of Lady Gina.. but you must cheer up.. she is in a better place now.”

Sakiko closed her eyes to enhance her hearing, being as sure as possible no one would be nearby to hear their conversation, once she was sure she opened her eyes again to look at Satomi. “ You don’t have to lie to me Satomi… while she was my best friend, you are the one who has taken the loss the hardest.. she was your everything.” Once the words left her mouth, Satomi began to tear up, tossing herself into the shrine maiden's open arms as she began to cry. " I loved her my lady! Why.. I was not there to be with her in her last moments... I could have protected her! This is all my fault…”

“ This is not your fault, Satomi. We didn’t except his army to attack so soon… and while I'm sure she would have loved to spend her last moments with you, I believe she is happy knowing you are alive right now, you are safe and well. I promise you... I will do everything in my power to keep you safe.”

Satomi looked up at her and gave a faint smile, lifting herself up she left to her room. Not long after Takasu, the village elder and also the head priest of the shrine. " Lady Sakiko, I would like to have a word with you.." The man was old and barely holding himself up, it was a surprise he was out at this hours, but something about his tone… about the nervousness about him made her feel uneasy. Lifting herself up from her bed she followed Takasu. Once outside in a secure location, Takasu turned to her and handed to her a scroll. She looked at him confused but took the scroll.

“ I’m sorry Sakiko… I can’t.. do anything about it.." He said to her, a sense of sadness and worry overcoming him. At this point she became nervous, steeling her emotions quickly she opened the scroll.

” Lady Sakiko, we have sent you this to inform you that you are one of the few Shrine Maiden’s left, you have been tasked the duty to leave your shrine and travel to all other seven shrines to purify them of their corruption and any of the villagers in trouble. This is not an option, this is an order. We wish you good luck and may you travel safely.” -Sakiko stared blankly at the message, she knew very well why she was given this, even when there was other more capable Shrine Maiden’s then her. It was because she wasn’t human, a fox given the task of a Shrine Maiden was incredibly rare, but also very much hated. Pushing all her anger deep inside her she smiled at Takasu and gave him a light hug. “ Thank you for caring for me for all these years, do take care of yourself more. " Takasu began to tear up, he had raised her as if she was his own daughter, and he had never regretted it, even if he was shunned upon for taking a fox for a daughter.

Sakiko went inside and packed her things, she left a letter to Satomi with a few coins for her to leave this country and be somewhere safer. Even if she had to leave, she would keep her promise of keeping Satomi safe. Once outside some of the villagers gave her disgusted looks as she was leaving, others gave her a look of concern. Two children approached her “ Saki, don’t go! You'll die as Lady Gina did!" Sakiko smiled at them, the two little twins who visited and played with her often, she would dearly miss the nickname they gave her, even tho they were quite the mischievous little things. “ I’ll be fine." Such an easy lie... “ I’ll be back before you know it!” Their mother, Usagi came closer and gave her a bento box. “ For your trip..stay safe Lady --..” With a nod -- took the bento and hugged the children and Usagi, with a final wave, Sakiko left the village.

A few days after Sakiko was awoken by the sound of a twig snapping, the nearest inn didn't accept non-humans so she had to sleep outside, which was something not new to her. Grabbing her staff she got in a battle stance while checking her surroundings, suddenly knight wearing a black armor sunk his sword into her thigh, causing Sakiko to let out a painful scream. She whirled and smacked the head of her staff against the soldier and stood up quickly as she had been knocked over. She muttered a few words and tried to heal her wound at her thigh, but as soon as the incantation was finished, a sharp pain filled her body as she collapsed to the floor panting, her wound now turning her thigh a deep purple. She had been poisoned!

Looking at the soldiers she clicked her tongue and got up once more with the help of her staff, she mumbled a few incantations while she battled them, dodging as best as possible their attacks. She took a few of them down but there were too many for her to handle alone, right now she needed to be out of the forest and somewhere she could see better, taking the first opening she saw, she ran out of the forest as best as she could, ignore the strong pain in her thigh. Right now she needed to survive, she could worry about the pain and her wound later. One of the soldiers wearing dark robes was the most farthest behind, from what knowledge she had, it was most likely a wizard. The wizard raised its staff and caused a fireball to come directly to Sakiko, she wouldn’t be able to dodge it in time. She did her own incantation but she wasn’t quick enough and got knocked over once more with a slight burn to her arm. Nothing too serious. she thought as the 3 soldiers crept closer ready to attack her again while she tried to get up.

Soon after that a man wearing a white and black yukata with red cherry blossoms adorning it, came out of nowhere. He tackled the first soldier slamming its head to the floor against a rock, quickly hitting the other with the hilt of his sword and slamming his sword back, stabbing the wizard. Sakiko blinked, she was quite surprised by many things. First, of the fact, the samurai was also a demi-human, secondly of how quickly he had taken down the 3 soldiers as if it was child's play, thirdly, of how handsome this stranger was. She didn’t know why her heart was beating so quickly, maybe it was the poison? Maybe it was the rush of being chased.

The samurai looked at her and reached out his hand towards her, he had beautiful soft white fur, with deep blue eyes, he was definitely a wolf from what she could tell. “ Are you alright, miss?” Gods above… even his voice was just... amazing. 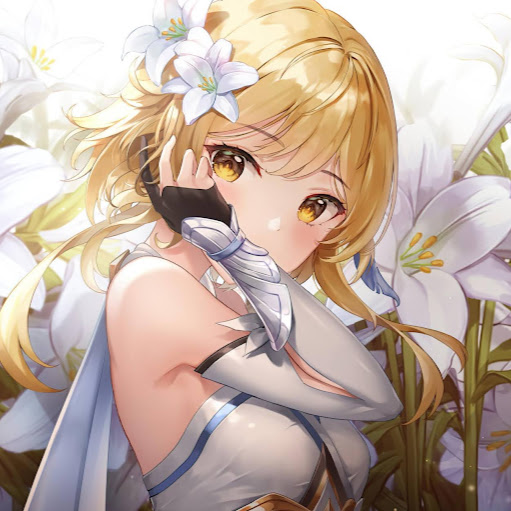 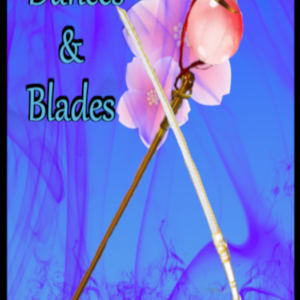 Sakiko ( a shrine maiden) and Ryouichi (a samurai) embark on a journey throughout the world to purify seven shrines that have been corrupted by evil forces, along the way, they discover the truth about the corruption, the evil behind it and a love between each other, with a few friends along the way.
Subscribe 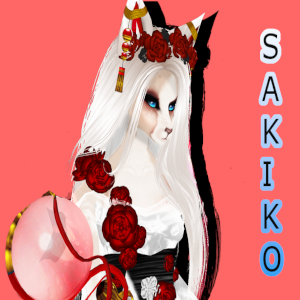