The army stretched out along the grasslands. It was massive, easily ten thousand men in size; the largest army ever assembled in Daelor since even before the blight. Cavalry and foot soldiers went inexorably onward, plodding their way through dense, knee high waving stalks of grass. Their progress was slowed substantially by the tail of their caravan, a slow, bumbling assortment of wagons filled with food, medicine, and even families. The wooden wheels rocked and pitched over the flat landscape as the oxen and horses strained against their weight. Without a road, there was no way to avoid natural bumps or animal burrows. It was all too common for their advance to grind to a halt when a wheel or an axle broke off some cart or another this happened at least once a day, and so the army’s already plodding progress was slowed to a snail's labored crawl, leaving a path of crushed vegetation, half buried camp fires, and shit, both human and animal in its wake. Keld rode up to the highest point on one of the low, rolling grassy hills on the plains to watch over the procession. Every banner in the kingdom snapped and waved in the wind except the only five mattered, the ones that had earned his undying respect and loyalty after years of grueling service and lost friends.

The banners were held by armored knights clad in plate steel with huge ornamental helms filigreed in gold. His lips curled up in a derisive smirk every time he saw them. All of the nobles of the land had all brought their finest toys to the party. There was no sign of the tempered, worn iron produced in mass by his house, Geantsmead. If anything these were probably commissioned just for this occasion as noble houses competed to see who could bring out the most impressive metal peacock. He shook his head, wondering at how clumsy and heavy the equipment was. Why would anyone in their right mind wear a helmet crafted to look like a bear? It was all pageantry; each noble strutting their jeweled armor etched with the heraldry thinking that the combined weight of gaudy steel would send the blighted corpses reeling in retreat as they triumphantly marched forward to reclaim their lost homelands.

Keld knew better than to make that kind of foolish assumption, but he wasn’t the one who’d declared himself the savior of all mankind. That honor went to King Gerrard Bulenhund. Keld could see him mounted atop his massive warhorse adorned in golden plate armor. The gaudy display of wealth was topped with the massive helm forged into the likeness of the square, jowly face of the hounds which their house had taken their namesake from. Bulenhunds were generally genial and loyal creatures, and Keld had been told that long before the blight they’d been used to track game for hunting, but the blight gave little chance for the highborn to enjoy that luxury any longer. He could only suspect that whatever training had been bred into them was quickly forgotten in a few generations. Not much unlike the king whose royal line had taken their namesake. Three of the animals lopped close behind the King, annoying Keld, who usually rode alongside him with their constant baying. They were poorly trained with the attention span of a small child. They would whine at him expecting a treat, then when he gave them nothing, they would bound forward, charging anything that moved in the grass. More than a few times some cavalry were nearly thrown off their mounts as the dumb animals bolted through the line. 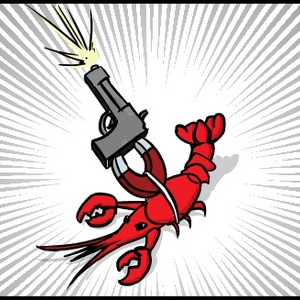 King Gerrard has had enough of hiding behind the guard. Leading the largest army his kingdom has ever seen, he ventures forth into the blight infested world beyond the protection of the bastion to reclaim the lost kingdom for humanity. At his side is Keld, a veteran member of the Dead Guard, but while the guard has refined their art of slaying the blight over generations, the unskilled motley of noble born knights and footsoldiers has not, and what the the king sees as their ultimate salvation could become the first unraveling thread that leads towards humanity’s downfall. 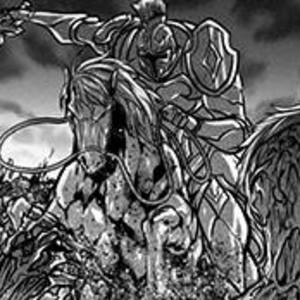 The Walking Dead meets Game of Thrones in Dead Guard the exciting new serialized dark fantasy horror epic. The once prosperous kingdom of Daelor has been stricken by the blight, a mysterious illness that has made the dead rise to consume the living. The only thing standing between the last of mankind and extinction is the Dead Guard. Formed from five ancient houses the Dead Guard is the last line of defense to hold back the undead tide. For over a century they’ve held their posts, allowing life to go on, but now a new horror begins to take shape, the likes of which has never been seen, one that could finally break what little peace and stability that thousands have died to maintain. 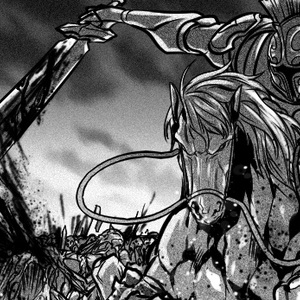