“When I was a little girl,” she began, “my parents would take me to the beach every weekend in the summer. Some days there would be a jellyfish swarm after a full moon, or a garbage barge would overturn, and we couldn’t go then, but most weekends we went.

“My mother packed a cooler with cheese sandwiches, tangerines, iced tea, and all that. My father carried our big beach umbrella with a pastel blue and pink pattern. I had my own little folding beach chair, the kind with snaps and straps to wear like a backpack.

“Our small two-bedroom apartment was, like, a 30-minute walk from the beach. The street we took, Oceanview Avenue, ironically did not have a view of the ocean until we rounded this obnoxious apartment building. Then you saw it in all its splendor. An unbroken vastness that stretched for hundreds of miles up and down the east coast. The sand wasn’t the luxurious white like from the southern islands, it was course, golden and hot.

“Probably very similar to the sands from your home, the city in the Scythian desert. Did you know the deserts of Medina were once primordial seas? That was an exceptionally long time ago...

“Anyway, blue-green water stretched farther than my young mind could comprehend. Neither snack cart nor hawker with a yoke of cotton candy in plastic bags could distract me from the sparkling sea. I would help pick the space for us to settle. We came earlier in the morning, and so, set up in a quiet spot between the breakers. I pretended to be a dog to dig the hole for the beach umbrella.

“Even in the summer, the ocean temperature was cold, so I had a system of getting used to the chill. I stood in my one-piece bathing suit at the water’s edge and let the foamy, bubbly surf touch my toes.

“I let the waves bury my feet in the sand. I imagined sinking ever deeper. It was a comfortable feeling. I could stand there and stare at the glimmery distance forever.

“Once I got the green light to swim from my mother, I grabbed my goggles and splish-splashed in until I was up to my waist. From there, I dove under the first wave. Did you know that the ninth wave is usually the largest? It’s true, look it up.

“Sometimes, I would sit at the surf and make drippy sand castles or dig for sand dollars and seashells. I had quite the collection at one point. But more importantly, the rhythmic motion of the cold water washing over me was … impactful.

“Hours later, back at home, when I lay in my bed, the churn of the sea continued to affect me. I felt the waves pass through me as I slept. My dreams were filled with visions of endless, peaceful oceans.

“At first, I only experienced the after-motion effect after swimming at the beach. Later, it continued as summer turned to fall and I returned to school. I felt the powerful current push and pull my body in the tub during bathtime.

“I can’t remember if I was afraid or concerned. It didn’t feel malevolent. When I mentioned it to my mother, she brushed it off as a part of my overactive imagination.

“On perfectly sunny days, I heard the dripping of water. Memories of the beach frothed up inside of me and gently condensed into droplets. I listened carefully and heard the howl of the sea everywhere. My hands were in my pockets, but my fingertips felt the pitter-patter of rain.

“My dreams turned pale and incoherent. I believed my brain fluid had been replaced with pulsating seawater. Hydrocephalic symptoms manifested. I was a small stream connected to the rivers of the cosmos, and my head was caught in the eastward flow toward the ocean.

“One winter night, unable to resist the current any longer, I snuck out of my apartment and ran to the beach. Exhausted, I took off my coat, boots, and pajamas, and stood at the edge of the water. The night was incredibly bright, and the stars seemed so close that I tried to reach up and touch them.

“I laid down on the sand and let the icy waves rush over me. It took my breath away. It was so cold that I almost gave up, but my body was completely numb by then. I was buried deeper into the coarse sand. The light from the stars above rippled. The frigid water forced its way into my nose, mouth, throat, lungs, stomach, intestines…

“There, on the beach, I fell into a deep sleep and dreamt of the Deep Sea.

“I was shown the next great age. The age of a boundless ocean that covered the entire world. I swam from pole to pole and circumnavigated the equator, never breaking the surface. Colossal underwater volcanoes oozed glowing red rivers of magma. I traced the molten rock to a great lavafall that spilled over the edge to darker depths. A long time passed before I felt brave enough to explore the Great Abyssal Trench.

“Ancient and powerful beings undulated in the darkness far below. I only ever caught glimpses of them. Ghostly creatures with humanoid faces and pale bodies like giant eels. They writhed in the deep. Tentacled beings suspended motionless in the gloom, carried by the current. I was moved by the profound tranquility felt in this cold world. This dark and gentle place.

“I dove down to the footprints of ancient cities, the last flooded artifacts of humanity. When I picked up a foundation stone, it disintegrated in my hand. I never revisited the cities.

“I explored dense forests of sea vegetation and curled up to sleep inside the skulls of slain sea titans. I etched my gathered knowledge of the Deep Sea world onto the inside of these skulls. I discovered pieces of arcane writing inside caves that lead to the core of the planet.

“At first, I could not decipher the scrolls, but since they resisted corrosion, I knew they were written sometime during the Deep Sea age. I continued to gather knowledge and eventually was able to translate the first few paragraphs. The scrolls described an origin point, the pathway connecting this sea to other seas across the cosmos.

“Unfortunately, that’s when the dream ended. I awoke at sunrise on a beach I didn’t recognize. My family was gone. My previous life was gone. My body hadn’t aged, and I remembered every detail of my long slumber. I received purpose and knowledge.

“And here you are, helping me achieve my purpose. The brine in your blood brought you here. You’re caught in the same cosmic current, unable to reach shore. I can’t help you, I have to complete my research and find the origin point.” 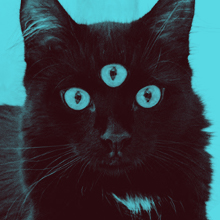 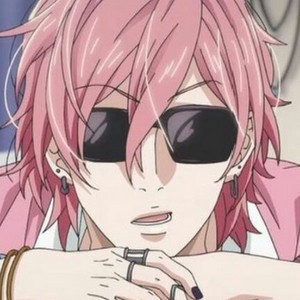 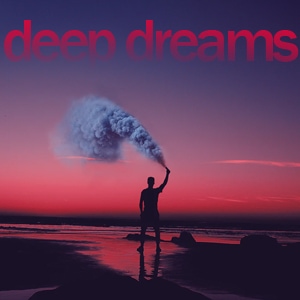 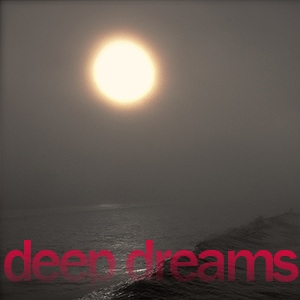