As soon as my eyes locked on his, my heart stopped. Oxygen ceased to exist. The terrifyingly similar resemblance to the almost same pair of pale emerald orbs bore and branded itself into to back of mind. I now wear the same expression I had nine years ago. After being buried in an ocean of forceful neglect, they now stare back, I felt like I’ve been impaled straight through my head. Thoughts began whirling and spiraling in disarray like leaves in a whirlwind, but one thought screamed louder than my pulse or blood running through my ears: Never again.

Dry autumn leaves gently crushed beneath the feet of a lone traveler. The disheveled unused path did not hinder his pace. Obviously familiar with the patchy trail, he almost floated above the imperfections of the ground’s surface. It was a path he had used to travel back home as a child, and in one glance, it’s obvious that he was not a person of socialization. It’s easy to assume that this unused and abandoned path was one he carved himself through multiple years of use. And that assumption is not wrong.

Trees were lifeless and bare, all the leaves have fallen and the cold had settled in. The unattended trail looked serene, the warm colours painted the forest in a calming palette of red, orange and yellow. The rivers still ran and the animals still roamed, but the unmistakable bitter chill of winter is coming. The lone traveller’s piercing white cloak was contrasting starkly with the warm background. Quickly, he proceeded, he knew he looked off and misplaced with his surroundings, but his chose to drown out his internal instinct telling him to blend in.

His long strides did not falter until his view was cleared of trees and his positioning was no longer inside a forest but rather a high overhanging cliff. Stretched out before him was small valley, the flattened terrain was encased in a by a ring of mountain ranges. Within the small valley is a small town. The town had no particular differences with any other town, wood houses, small farms and a forest outlining the right area of the town. Just a simple living area in an interesting position protected by the mountains, the serene scene calmed his fragmented soul.

As calm and tranquil the scene might be, the man eventually had to tear away his gaze, his white cloak white coat made him easy to distinguish against the dark brown trees. After traveling on the same uneven path, he promptly transferred to a smoother, and refined path. The new path was larger and is commonly used as it connected directly to the main road. During fall this path is no longer used as this path only leads to herbs. With little motivation, he quickened his pace.

Eventually the path led him to a small clearing surrounded by large rocks, it was the clearing used regularly for camping so it was furnished despite it being outside. Although the furnishings are all made and carved out of rock except from the wood pile.

“Ey. You just gon’ stand there?” an amused voice chided from one of the crevices inside one of the large rocks before the owner of the same voice slowly crept out into the clearing, “don’t just call me out here to examine the camp” his dark brown eyes glistened in the sun with his whites slightly red.

“I oh so sincerely apologize” the white cloaked man bowed sarcastically, “It’s just I find this rock more interesting than your beer belly.” he patted the rock lovingly.

“Ohoho!! This beer belly can inhale a barrel unlike that rock you find seductive,” the man hollered triumphantly and pounded his hand on his belly, his plain brown tunic emphasized his physical appearance relating to his love for beer, “I see y’er still quite foul mouthed Wilhelm.”

Wilhelm gasped and flew backwards in a mocking surprise, his cloak fluttered against the wind,

“Foul mouthed?? Dear me!! I did not notice this… this! This oh so horrible mouth of mine! It’s not like I don’t live with myself since I was born to even come close to that conclusion!” Wilhelm dramatically clung to a tree as if feeling faint. “Thank you dearest Alex for pointing out the obvious!!”

“Lord… Try not t’hurt yourself there,” Alex threw up both his hands in defense from the dramatic visual attack before bursting in a loud guffaw that Wilhelm swore he saw the trees shaking from. Giving Wilhelm a rather painful pat on the back, he began his report.

According to Alex, the farmers, gatherers and lumberjacks had massive hauls this year, the year had plenty of rain and harvest. The population somewhat decreased though, many young men hand pursued jobs as adventurers or less labour jobs within larger more business-like towns. Alex had also reported the death of old Grandpa Joe

Grandpa Joe was someone who Wilhelm cherished deeply, as Grandpa Joe had took him in as an apprentice once he was orphaned, many of is actions originated from that old Gramps. He felt something like claws stroke his heart and his stoic face faltered, he gently shook his head and regained his posture. The seemingly oblivious Alex caught the slight grimace.

“Wilhelm… You loved him like a father didn’t ya? Come on let’s take a brea-” Wilhelm shook his head sternly and gave him a face that told him ‘continue’. Stuttering slightly the next few sentences, Alex continued on. The Grey family had born twins, and there were a few more families expecting. Wilhelm sighed implying he didn’t care, though Alex knows he cares more than he wishes to show.

“Get to the point Alex,” Wilhelm mumbled. Alex shook his head internally, things have not been easy for this man.

“I can’t face both of them… The fault was mine and they have to suffer because of my mistakes,” Alex opened his mouth to object but Wilhelm immediately retorted ice cold venom lacing his voice, “No Alex, object as much as you want but the truth is the truth. No matter how you try to convince me otherwise, I was one second too late and that costed them everything,” he snapped his final thought at the shocked pot bellied man who flinched back at the vicious retort. Wilhelm’s anger flared at Alex’s inability to understand.

They stood in an awkward silence Wilhelm has blown off his lifeless facade and it frustrated him to a brink of mental self harm. Alex hesitated repeated the same suggestion, but he had to convince the man in front of him before he regrets more that he already has.

“Can’t ye at least... Visit ‘em…?” Alex begged, and Wilhelm halfheartedly shook his head, if Alex could describe Wilhelm with one word, it would be ‘lost’.

Sighing for what seemed like the thousandth time during the conversation, Wilhelm thanked Alex bleakly before departing to another lonely trail. 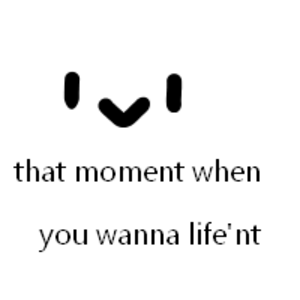 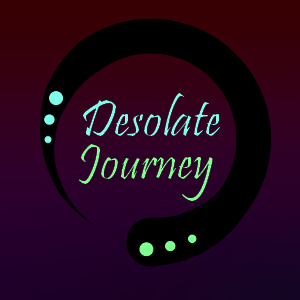 After falling great heights only protected by the already passing body of his mother he has nothing but solitude left. Alone. Dying. Scared. Abandoned. How will a scarred and sardonic passerby who witnessed the brutality presented in front of him act. To save the boy or to leave him to the quick intertwining vines of death.
Subscribe 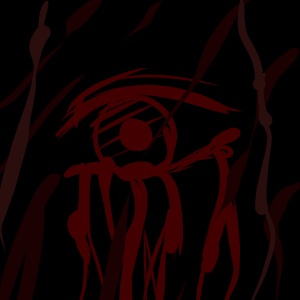