I hated the cold, it went against my biology.

I blew into my palms and rubbed them together, it didn't help much. The tips of my fingers sting from the friction. The air vents above me hummed louder, a signal that the air was about to become colder. I knew they found great comfort torturing me because I was different. I tugged on the zipper of my jacket securing it under my chin, I was sure the tips of my ears were blue.

From the corner of my eye I spotted movement down the hall, someone way close. I grabbed the blaster strapped to my leg. With my back pressed against the wall, I slid closer to the end of the corridor. I had one chance to get it right if I wanted to pass, the timer on the walls quickly counted down. Two minutes was all that was left to make it to the out of the building. With a look around the corner I spotted Klus dressed head to toe in cold gear. Favorite the thought crossed my mind. Clutching the blaster tighter I took a deep breath in, there was no way I could win a hand to hand fight against Klus.

Klus was the perfect specimen of what was expected of a pure-blooded Tano. Tall, slim, and ridiculously fast. Even my enhanced strength and hearing blessed to me by my mother's Sandor race wouldn't be enough to give me an advantage. At least not on an uneven playing field designed to make every aspect of my Sandor linage useless. My body was too cold and it made even walking painful. I didn't want to fight him either way, that would not help my situation.

My best chance was to change my route and take a longer path. With any luck I would make it to the end with a second to spare. But I had to be careful because, wherever you saw Klus his lackeys were close behind him. I took a step back to preoccupied thinking of a new path I didn't hear that someone had sneaked up behind me.

I spun around the blaster aim at his chest.

"Clark, how about this. You let me go and we both might still have enough time to pass this test." I reasoned.

Clark smiled, an action that looked all wrong on his pale face. His blaster was pointed at my chest. With his free hand he ran his fingers through his hair. It was black and long like all Tano. Tanos took great pride in their hair and you could tell a lot on them based on how they had it styled.

"Are I could shoot you and add to my blast count? You are worth 1000 points that is more than enough to pass the test without reaching the end." he shrugs.

"Come on, work with me and I will owe you one. Are you going to give up a chance to have a royal indebted to you." I asked.

I knew Clark was never going to let me pass. This was his chance to make a name for himself, the man that stopped the princess from graduating from the military academy. Well I would be damned if he stopped me now. If only the room wasn't so cold I would have been able to beat him. My best chance was a surprise attack.

"Sorry Princess but I don't make the...". Before he could finish I kicked the blaster out his hand. An action I instantly regretted, the sudden movement sent a shooting pain up my leg.

Clark held his hand in pain surprised by the movement, he glared at me eyes wide.

"How are you still moving in this cold Aurora!" her snared.

"Will power." I blasted him.

It wasn't a lethal hit but I knew he would be feeling it until the morning. I checked the timer, one minute left, not enough time. I ran to the first window I saw and turned my blaster settings up to its highest. The blast shattered the window and sent the alarms off. A gust of warm air hit my face, I stepped onto the ledge, glass crunching under my feet. I was still eight floors up. Every window had a protruding ledge, if I timed my release right I would be able to grab hold of each ledge on my way down to slow my fall.

I crawled out the window holding onto the ledge. With a deep breath I let go almost missing the first ledge. I steadied myself and let go, catching the next one. I repeated my actions stopping finally at the second-floor ledge. My body had warmed up enough that I could risk falling from that height with little injury. Letting go I landed on the ground twisting my ankle. The pain was nothing compared to the pain I felt from my cold limbs a few minutes ago.

I had made it out. I prop myself up against the building, looking around I spotted where everyone else had gathered. The loudspeaker announced that I had made it out, shortly after the buzzer sounded. I had done it, I survived my last year at that hellhole of an academy. All that was left was the graduation ceremony and then I was flying myself off-world. The Tano military had a substation on the dwarf planet Mori a few clicks away, no one wanted to be posted there because the planet was hot. I had no doubt that my commander wouldn't hesitate to send me off-world and I knew my father would allow it. I was after all the blight of the royal family, his words not mine.

My father was forced into a union with my mother by his mother the former Empress. The Tano nation and Sandor nation was at the end of a twenty years-long war. Both sides were running out of fighters and credit to support the war any longer and in their weekend state another nation tried to conquer them both. United over a common enemy both the Empress and Emperor of both sides put aside their war and fought together in what was called the Battle of Solidarity. To solidify the peace treaty their children were married.

Their union was to be the dawn of a new era, a hope that two nations sharing the same solar system could learn to live and work together. My father agreed to the union because he never thought my mother would be able to have children. For so long the two races had believed themselves to be completely different. By Tano tradition if she was unable to conceive he would've taken a second wife, a Tano wife. However, shortly after their union my mother gave birth to twins. One the spitting image of his father except for his eyes and a girl so alien in her features he had her tested to make sure she was his.

Over the years I had learned to make myself look more Tano. Dying my violet hair black, shaving down my fangs, and wearing long clothes to cover the black lines that wrapped around my wrist, forearms, and neck. But there were two things I couldn't hide, my brown complexion and my green eyes.

I began to limp my way towards the assembly, forcing myself to walk better as I neared the group. My nose flared at the scent of food. I hadn't eaten in hours and thought hadn't crossed my mind but now all the tests had been completed my body craved nutrition. I grabbed a vitamin pack from the first stall I came across, food could wait. I push through the crowd of cadets that blocked the scoreboard. I needed 1000 points for my request to be considered. Tipping on my toes I tried to look over the shoulders of the cadets at the very front. Sighing in frustration I turned to leave, I would eat then return after the crowd had died down.

"Need a boost?" A soft voice asked behind me.

Klus stood back slouch and hand stuffed into his pockets, he had shed the cold gear. Without it, his muscles were clear to see, he looked down at me awaiting my answer.

"I'm fine," I said, harsher than I expected. I guess I was still upset about him having cold gear.

"I just wanted to help you. I am your big brother not your enemy," he yelled.

Well could I really call it a yell? Over the years it became apparent that my brother was unable to really raise his voice. He had our mother's soft and delicate voice. A trait that father had tried to beat out of him but even his tears came out in whispers. I lowered my head and squeezed my fingers, my brother might have been the favorite but it came at a cost. In a way I was lucky not to have had our father's attention.

"Can you tell me my points," I asked.

With a small smile he looked over me to the score broad. At times like these I really wished I was taller. His smile quickly turned downward.

"No it's not that you are second in class with 1500 points," he answered, still not looking at me.

"So, what's the problem?" I poked him again.

"I am not first, Kai is." his shoulders seem to slouch further.

Looking each other in the eye we spoke at the same time.

As if saying his name summoned him Kai strolled towards us. His hair was tied in a bun on the top of his head with the sides shaved off. Kai was handsome and that was his most redeeming quality. Klus and Kai had been rivals before they were even born. Kai's father was a nobleman and the second most powerful man in the Tano nation. A fact that infuriated our father because he couldn't control their family and the only thing our father hated more than a lack of control was me.

"Klus my boy, third place is not a good look on you. Future emperor and all." Kai smirked.

Klus glared at him, his green eyes almost glowing, he took a step towards him stopping a couple of inches away from his face.

"Exactly, I am the future Emperor and I would advise you to remember that. My father might put up with your family's behavior but do not make the mistake of thinking I will." Klus Snared.

Kai took a step back, his carefree demeanor replaced with a serious one. With a glance between Klus and me he smirked.

"I don't think you will have much of a choice." he walked off. 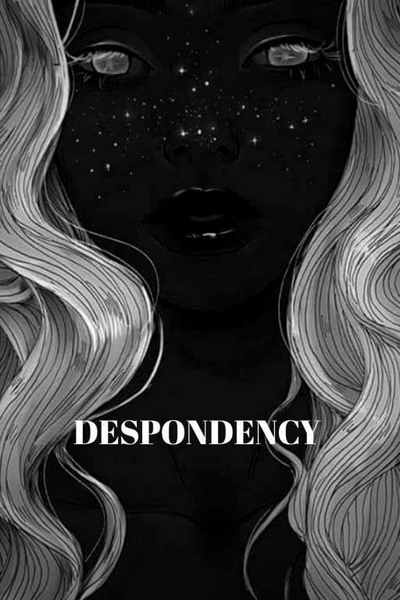 After years of verbal abuse and ostracism she had finished military academy. Her ticket out of her life as a silent princess and into her new one as a substation guard on a planet at the end of her solar system.
But being born royalty means never being free and Aurora was going to learn that lesson the hard way.
Subscribe 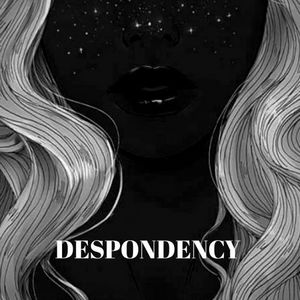