She walked through the dark cave as the light of the candle shines across her pale face. “Is this fate?”, She asked herself as fear overcomes her.

Tracy Rose, only nineteen years old, ran from a college party because she couldn't handle the champagne and chaos running about.

Her black hair covered some of her face as her blue streaks shined through. She knows why she was there, but as self-doubt crept in a bright green light shined in her eyes.

A crystallized boy stood at a dead end, the green light came from a panel. She looked curious as she walked over to read what was there.

“Chris Claire?” she muttered to herself.

She looked up at the frozen male then touched the panel. She felt herself rise from the ground as the world darkened around her. Chants repeat in her head as she felt a sharp pain in her veins. All of a sudden she got thrown back. When she hit the floor she coughed and her sight returned.

A soft chuckle came from in front of her. She opened her eyes as she looked ahead.

The crystallized boy turned into a normal one. His bright orange hair caught her eye, as his crimson orbs stared at the helpless woman on the floor.

“You seemed distressed.” His chilling voice called. “Seems like there is no magic in this world.” The man looked around.

Tracy panted as she looked away, ‘What's with this guy he's crazy…’ she thought.

“Tracy Rose..” He started as her face went pale. “I will do as you wish but in return, I want one thing.” He said holding his hand out.

“And what's that?” she stuttered.

“Let me produce my offspring,” he says with a smirk.

¨Ryan-Kun! Time to wake up! Enjoy your day love Princess Izumi!¨ said a recorded voice. Light leaked into the pink bedroom. ¨Ryan-Kun! Time to wake up! Enjoy your day love Princess Izumi!¨ said the voice again. It then stopped with the touch of the hand. A pink-haired boy turned off his alarm clock. Manga was scattered across the carpet as the smell of bubblegum and happiness crept in as the boy stretched. He yawned. ¨Thanks Izumi! Today is gonna be a wonderful day!¨ He said to the poster of a magical girl on his wall. The boy looked at the time and saw it was 7:30 am. He stared at it for a moment before realizing he woke up late. "OH NO!" he screamed. He took off his pajamas and threw on a black shirt and sweatpants. He slid on his gray crocs and grabbed his red jacket and ran downstairs. This was Ryan Claire. Ryan grabbed his stuff and flew out the door, he only flew a few feet from the ground. This was just another day for Ryan Claire.

Meet the Protagonist, Ryan Claire as his Adventure begins. 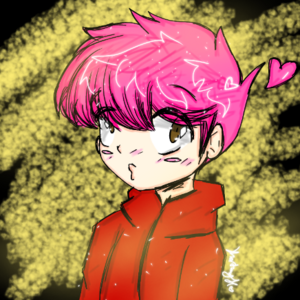 Ryan Claire, A hybrid of pure magic and a human. Once he was born everyone born after him, had supernatural abilities. Ryan lives happily in his small town. Everything was perfect for him until things started changing. People start going missing and people are after him. Is this just a dream or is he the bad guy. When is it morally wrong to hurt someone? {Inconsistent Upload} Instagram:kortie_chan (Warning-This content may have some violence but don't think it's against guidelines at this point)The light novel of the comic on Webtoon by kortiechan (aka me).
Subscribe 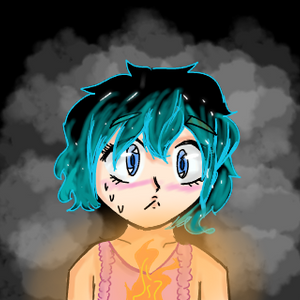