Delia shifted in her seat. The cuffs around her wrists dug deeper into her flesh and she winced. She’d forgotten momentarily about her limited mobility.

She glanced around the room for the hundredth time since they had brought her in here. It was a rather plain looking space. Concrete walls and floors with a single overhead light dangling from the ceiling. Delia expected about as much from an interrogation room.

Suddenly a speaker crackled to life and a scratchy voice began to speak. She assumed the owner of the voice was on the other side of the glass window in front of her. Interesting that they decided against questioning her face to face. Though perhaps understandable after everything. She wondered for a moment just how much they knew.

“Miss Stone … Do you know why you’re here?” the voice brought her back from her thoughts. She swallowed thickly before nodding.

“Could you please tell us everything you know about the murders? From the beginning if you can.”

Delia and Delilah had lived in their tiny house near the railroad tracks for as long as they could remember. Once upon a time it had been home to their parents as well. But they were long gone now, and it was just the twins.

Not identical twins by any means. Fraternal and as different as day and night, Delia and Delilah hardly seemed related at all. Delia was quiet and shy. She stayed home most of the time, only going out to run errands and swing by the library.

Delilah often suggested that she get a job there but Delia was content to simply volunteer. This was a source of frustration for Delilah as the sole income provider.

Delia wondered sometimes why her sister didn’t just throw her out. And then she would remember what had happened the one time she went away. Being the twin with a grasp on basic life skills made her too valuable to get rid of.

Delia was startled from her reading by the slam of the kitchen screen door. It was a wonder it hadn’t fallen off it’s hinges yet. She looked up to see her sister, arms crossed over her chest, scanning the room with a scowl. Not a good sign.

“The heck is this Delia? I work my butt off just to keep the two of us alive, and all i ask from you is to keep this place clean.”  Delilah grabbed a pan from the counter and waved it in her sister’s face for emphasis. “Does this look clean to you? Does it?!”

Delia was used to this behavior by now. Delilah repeated almost the same tirade every day when she came home. Goodness knows what put her in this kind of mood, but Delia wanted to strangle it.

Delia regretted the excuse as soon as she spoke it. Delilah’s eyes glinted wildly.

She slammed the metal pan down hard onto the table causing Delia to jump slightly in her seat.

“A break, huh? What do you do to deserve a break, hmm? You think you work so much harder than me hanging around here all day? Think again Dee. You have the easy part.”

Delia swallowed harshly. Her sister was now hovering over her getting uncomfortably close.

“If it’s so easy, then how come you can’t do it? You almost burnt down the house microwaving popcorn.” Delia really, sincerely, hoped that one day she’d learn when to shut up. Delilah narrowed her eyes dangerously.

“I may not be suited for this domestic crap the way you are sweetheart, but you wouldn’t last a day doing what i do. Don’t go whining to me about how hard your life is when i’m the only reason you have a life.” Delilah abruptly removed herself from her sister’s space and nearly stomped out of the room.

Delia released a breath she only just realized she’d been holding. All things considered that altercation could have gone worse. They often did. She stood from her spot at the table and carried the pan over to the sink.

Delilah was right, she supposed. The two of them each lacked something the other had. Delia was capable when it came to running a household. She could cook, clean, and do the laundry easily and didn’t mind it at all. She hated leaving the house unless it was for the library. Delilah on the other hand couldn’t cook anything. No matter how clear the instructions were she would still find a way to ruin it. Delia might find it funny if her sister were anyone else.

It was much the same with laundry and dishes. Delia suspected that her sister was simply incapable of following any directions. For one startling moment she wondered if Delilah knew how to read. No, of course she did. She did at least take responsibility for their bills and nothing had gone wrong in that area. Yet.

For better of worse, they needed each other.

Delia sat the pan aside to dry and stood there pondering for a moment. She knew that it wasn’t as if she couldn’t get a job herself. Deliah knew this as well. Otherwise she wouldn’t nag her about getting a paid position at the library. But she could never do what Delilah did.

They never talked about it. Not even at the beginning when she first began to suspect something was off. Not when she found the mask under a pile of clothes. Not when their income suddenly increased. Not when Delilah came home one night covered in blood.

Deliah never said anything about it and that meant the topic was off limits. She knew that by now.

After all these years living together Delia knew to tread lightly. Never push a topic she doesn’t want to talk about. Never contradict her. Never go against what she says. And for goodness sake, never talk back. Given these unspoken rules it’s a wonder Delilah had just walked away tonight.

Delia is no fool. Or at least she hopes she’s not. She knows that her sister’s behavior is abusive. She knows that the logical thing to do is just leave. To get that job at the library and try to make it on her own.

But it’s her sister. Her older sister by two minutes who has always provided for her. And maybe it’s wrong to stay. Maybe it’s the biggest mistake she could ever make. But she can’t bring herself to leave her. Not even knowing what she’s capable of.

After dinner that same night they watch the local news. Or really, Delilah does and Delia tries to tune it out and resume her book. She doesn’t understand why her sister wants to hear it. She can’t understand what drives her to listen each night as the reporter talks about the latest body found. Does she enjoy it somehow? Or does she feel some sense of remorse?

They never talk about it. But Delia knows her sister is a killer. 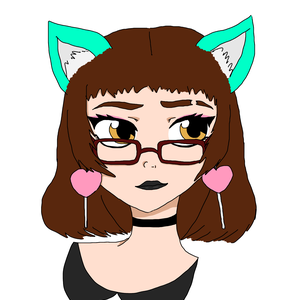 Delia and Delilah Stone are fraternal twins who depend on each other for everything. Delia takes care of the house and Delilah works to support them. except Delilah never talks about what it is she does. And Delia never asks. 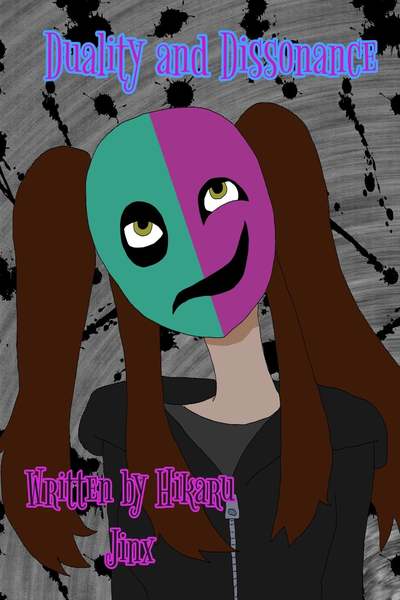 Delia and Delilah Stone are fraternal twins who depend on each other for everything. Delia takes care of the house and Delilah works to support them. except Delilah never talks about what it is she does. And Delia never asks.
Subscribe 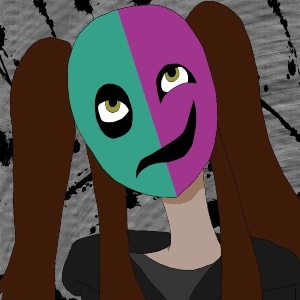