"I'm telling you, Sintra. The government is out to get you!"

"Stop it, Lee." Sintra scolded, evenly applying her red lipstick as she gazed at herself in the bathroom mirror.

"Listen, they do this every year. Hundreds, if not thousands of people, all with genius IQs get yeeted off the earth then placed in some sort of competition to join a secret society. It's a whole organization. The articles are all over the web." Lee continued.

Rolling her eyes, Sintra walked past her friend as she headed into the kitchen for her thermos. It was bad enough that today was going to be stressful at work but now her bestfriend was on her case, rambling on and on about her possible abduction by the US government.

See, Lee had fell down a rabbit hole. A very deep, dark and annoying one. In doing so, her skin had began to absorb the abundance of minerals that were conspiracy theories from the muddy earth of the dark web. Now it was enriched with ideas of all things unearthly.

She claimed that every year about 100 people across the world, each with genius IQs gets abducted by the government and put through gruesome trials in order to gain a place in some complex and sophisticated, extraterrestrial society. Though she did not know for sure, Lee and every other space obsessed weirdo on the net suspected it was the work of aliens.

Their reasoning was that the government aids them in this occasion in exchange for peace among worlds and to keep the general population dumber.

In other words, the less smart people there were, the less people to question their corrupt society, gain wealth or overthrow them. It's a win a win for both.

Since Lee was an astronomy major, she had taken an interest in all things otherworldly, and all things irritating.

"Have you been reading that stupid book again?" Sintra asked her, taking a sip of coffee from her thermos as she leaned against the granite countertop of the kitchen. She sucked the warm liquid in her mouth, clicking her tongue to her palate as she tried to decipher the ingredients of the coffee; a habit she had picked up when she discovered that she had an immaculate palate.

"The Tales of the Sky is not stupid. It's real!" Lee tried to convince Sintra but her friend had long stopped listening.

"Are you seriously analyzing your food right now?" she asked, her voice laced with annoyance.

"How the hell do you that?" Lee asked, this time she was intrigued.

To say Sintra was a master food connoisseur would be an understatement. The talent she possessed was far beyond human comprehension as she could tell the exact ingredients of any dish or drink down to the chemicals used to preserve or color it and all she had to do was taste it.

The Japanese would describe it as "Kami no Shita", this translated to the term "God's tongue". It was described as a superhuman ability that gifted the wielder with an ultra-acute sense of taste which perfectly characterized Sintra's bizarre talent.

She could tell the exact date food would go bad just by sifting out the ingredients inside it, determining the date of produce and calculating the potential perishing date.

Whether it was slightly battered fruit, a week old egg, expired food coloring or untreated water. Nothing could slip past her palate; she tasted it all.

In addition to this, her mind was as complex as the inside of an ant colony. She knew things like glass was actually a liquid and superfluid helium defied gravity. She hated chemistry but she was good at it. It was what made her understand and recognize the compounds in her favorite foods.

"I don't know," she answered coyly, smiling to herself.

"Your sense of taste might be exceptional but your hearing has definitely gone bad. I'm trying to save your life here." Lee said, her voice growing more urgent.

"Just listen to this!"  she then commanded, bolting out of the kitchen. She returned with the Tales of the Sky in hand, flicking it open before harshly flipping through the pages. Sintra could only glimpse the assortment of highlighted words and sentences decorated in neon yellows and pinks as if it were a school textbook but really, Lee had told her that she had nicked it off the science fiction aisle in Barnes and Nobles.

When Lee finally found the page she was searching for, she expelled a short wind of breath before reading.

"The game of wits and genius. Solve all the riddles, clear all the tasks and sacrifice what you need to gain what you want. Win to elevate."

"What is this?" Sintra frowned, scooting closer for a proper look.

"The chosen are drafted annually to determine their suitability. Should they succeed they would reap rewards unknown to—"

"Stop, stop, stop. You sound like a crazy person, Leona." Sintra admonished, walking past her to don the red heels waiting near the front door.

"Doesn't this all sound a bit...I don't know, fictional to you?" Sintra choked up, trying not to laugh. "And of all the persons in the world to abduct they're gonna choose me?"

Sintra didn't think Lee was making any sense. She was the CEO of the well renowned charity organization, Free the Kulture. If the government was indeed about to kidnap her, it would be no easy task to cover up. Her charity had pooled in so much funds for the needy that she had to take the IRS to court because they tried to overcharge on taxes.

Sintra grew up with nothing. No family, no friends, no help. Just another black girl destined to be lost to the system through drugs or prostitution. All she had was her wits and it got her the help she needed in order be the woman she was today. She knew there were thousands of other young, black children growing up just like she had with nothing and no one and she wanted to change that; so she was.

Sintra helped as much 15,000 kids finish high school in the last five years and sent atleast 10,000 of them to college. Free the Kulture had gained worldwide support, so much so that she could extend the organization's reach to the Caribbean.

"So you're telling me that aliens aided by the government are gonna kidnap a bunch of people because they want to play a game? Come on, Lee. I'm all for conspiracy theories but that doesn't even sound right, girl." Sintra finished, just as her alarm went off. This indicated that she needed to leave the house immediately or she would be late.

She had a major business meeting with her rival company today that would decide the fate of her power as CEO and though she could not stand to see the face of that smug bastard, Vante Kim rubbing all his achievements in her face, she would have liked to get it over with.

Last year his company garnered massive support by the public due to several political representatives advocating on their behalf. This lead to multiple millionaires, including celebrities with vast followings on social media to donate as much as two million dollars biweekly to help the needy.

"Listen to me, Sin. You're 26 years old with an IQ of 150. You have superhuman sense of taste and you're as clever as a fox. You're a perfect candidate; literally everything they could ever dream off."

"I like you, Lee. But not like that." Sintra joked, biting her lips to hold back a smile as her heels clicked against tiles while walking out the door.

"Sintra." She said seriously, trailing her half way to the car before grabbing her by the arm.

Lee looked tired and frustrated. Her blue eyes twinkled with worry in the morning light as the bags underneath weighed them down. Her blonde hair was still mangled from a tussle with her pillow and the grey, baggy clothes she wore hung shapelessly off her body. She looked shorter when Sintra was in heels.

Lee had been her bestfriend since college and after being disowned by her parents because of her sexuality, Sintra had made it her point of duty to send her back to school once she made it. Now here they were, arguing infront of Sintra's house about aliens and IQs.

"Look, Lee. I'll listen to everything you have to say after work, I promise. I have a big meeting today with the shareholders so I'm just a little off right now." Sintra told her seriously.

"All I'm asking for is that you be careful. Don't do the things you normally do everyday. Switch it up. The aliens strike when you least expect it so... expect it!" She said, her eyes lighting up as she squeezed Sintra's shoulder.

"No, take these with you," Lee said, stuffing the Tales of the Sky in her bag before removing her pink nike shoes and handing them to her friend.

"Bye." Sintra rolled her eyes, grabbing the shoes from Lee before greeting her driver, Henry and entering the backseat of the car.

"I noticed you're wearing your killer low ponytail and black pantsuit combo. The shareholders just might invest in you too!" she shouted as Sintra's driver began to reverse.

Hanging her middle finger outside the car window, Sintra watched as Lee burst into a fit of giggles through the rear-view mirror.

Her mind, however, lingered on Lee's words and she could not help but notice that the drive to work was normal. There were no UFO sightings nor dark omens. No strange prophecies from any weird old ladies nor black cats. Just the usual, busy, regular degular New York City.

Despite this, she had her driver take a detour from her regular route as she tried to fulfill her friend's promise of switching things up but then her alarm rang again.

Ten minutes away from her work building, she only had 7 minutes until the meeting. Her driver knew exactly what that sound meant, hitting the gas as he sped through the street. 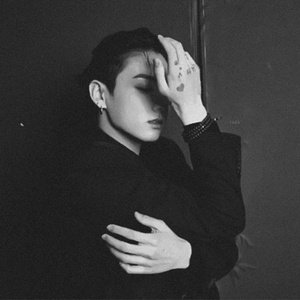 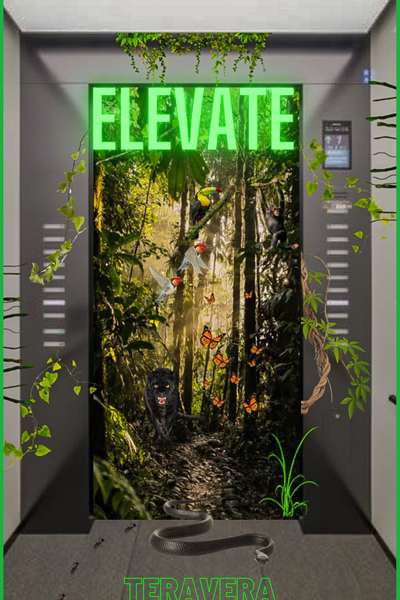 How would you react if the elevator in your workplace took you to a different world at every floor?

Sintra Magnus, CEO of America's most renowned charity organization finds herself as a player in a vicious game of wit and skill when an elevator ride with her rival company's boss takes them to a divergent world at each floor.

Shocked and confused, she reluctantly joins forces with her adversary as they try to stay alive and clear the hurdles of this mysterious and deadly game by combining their sheer intelligence and luck. The goal? To Elevate! Though, the details of this achievement are still quite unknown.
Subscribe 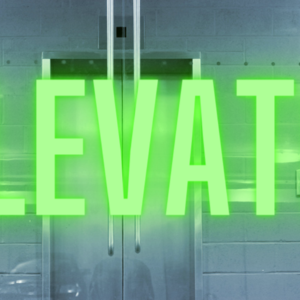