Aliya was about to leave her home when she received a call from her mom.

"Aluu, I wish you the best of luck... May you grab this opportunity on your own ability. Proud of you dear."

"Thanks mom. I will make my parents proud one day. Bye."

She kept her phone inside her handbag.

white plazzo. Her thick, black and long hairs were tied in a high ponytail. She was wearing a pair of black wedge heel. She looked perfect for the interview.

When she was in 11th grade, she had a dream to become an industrial psychologist. She prepared hard for almost 6 years and that's the reason why she was called for an interview in the 'FASHION AND THE CITY MAGAZINE COMPANY'

The Fashion and the city which is known for an excellent business in the 'glamour world' is the highest selling magazine in the country. Once a model gets a chance for a photo shoot in this company, that means she has the guarantee to become a superstar in future because this magazine knew which models had the full potential and which one came only because of their 'godfathers'.

Thinking of it, Aliya faced mixed emotions. She was excited that she got a chance to be a part of the company but she was also nervous that whether if she lived up to the expectations of the interviewer.

She took three deep breaths as instructed by her 'best friend forever' Anushka. She felt easy and left for the office.

Fashion and the city company.

Aliya entered the company. She was startled by the interiors of the building. It was clear that this company was the best in all aspects. In the right wall was hanging a photo of the famous model, Bhavna who recently did a photo shoot with them. Although Aliya had a dream to become a psychologist she suddenly felt that she should have better been a model. The model Bhavna was Aliya's classmate and is one of her close friends { although she has only 3 friends :)}. She knew Bhavna was beautiful but she was mesmerized after seeing her photo on the wall.

Suddenly she remembered why she came to the office and then immediately went to the reception to ask if the interview had started.

"I had an interview here for the post of an industrial psychologist. I wanted to ask how much time is left for the interview to get started."

"You are on time, madam. The interview will start in 5 minutes. Till you may wait there."

The receptionist pointed out the sofa in the waiting hall with a genuine smile.

Aliya returned the smile and sat on the sofa. She looked in her phone's front camera to check if she was looking perfect or not. She prayed to all Gods watching her from above.

The receptionist called out her name and requested her to go in the interview hall.

Aliya suddenly turned into a poised person and entered the room.

The receptionist was surprised to see her immediate transition from a nervous lady to a queen ready to conquer the world.

Aliya had answered almost every question with confidence. She tactfully replied to every twisted question. The interviewers were impressed by her.

Suddenly the manager said her an unexpected statement.

"If you get married after some time then please tell us when will you bore children. We will accordingly replace you with another one because the company cannot send you on leave for almost a year. You know what I'm trying to say. Ladies have their own tantrums after marriage."

Aliya was shocked to hear that. She never expected such things in the interview. Did she worked hard so she could hear such a shit?? Moreover why she should inform them about her family planning?

She asked herself, 'In a world where people support gender equality, are there still some people who think such disgusting things? And what does he mean by "ladies have tantrums" and "replacement"? Am I going to work here only for a few years because I'm a lady? Have I worked hard for such a career that will sustain for 4 years or less."

She was in a dilemma of whether to accept the job or to save her self-respect and reject it.

She then gave the manager a disgusted look and answered...

So guys, myself Anjali. I am a new creator here. This is my first novel and I hope you guys will support me.
Thank you 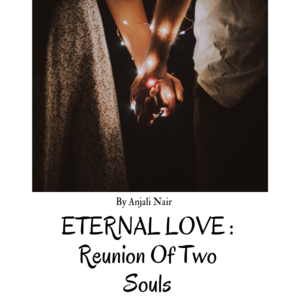 Aliya had vowed to avenge; to take revenge from Rishi for cheating on her, playing with her feelings........
When Rishi met Aliya again after 10 years, both realize that they are not the same now.
Things have changed......
But is she still eager to see him suffer as she did?
He again tries to awaken her feelings of love, make her relive the dream of being together which she had quit long ago.
Even if he is successful, will their love be sufficient enough to conquer every trouble and issues?
Witness this eternal love, conquering all stereotypical people in the novel
Eternal Love: Reunion Of Two Souls
_____________________________________________

Through synopsis, you may feel it is a common story but it is not so. It will not only have romance but also acts of revenge and dark sides. It not only highlights the power of love but also it will highlight gender inequality, women empowerment, empowering LGBT community and many more things. It's just the start and if you support me till the end then I'm sure you will enjoy it thoroughly. 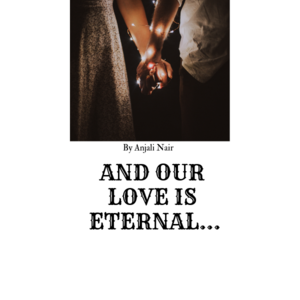