Everything Happens in the Valley

The man named Benedict was nervous.  He shivered as he walked down the alley, partially because of the cold.  Every noise made him jump and every movement in the corner of his eye made him walk faster.  Eventually he reached the end of the alley and stopped, slightly bewildered.

"Prophet of the 90 Eyes!  Can you hear me?  You told me to meet you here!" he yelled, then immediately regretted doing.  Who knows who or what he could have alerted to his presence.

"Jeez.  Yes.  I can hear you.  Sorry for the wait, but the gift of prophecy doesn't cover a car." answered a voice from the shadows.  Benedict instantly recognized it, it was the Prophet.  "You'd think I would know to leave early enough to be on time...  I digress.  What do you want Benedict?"

"I want my fortune taken!  I want you to see the future for me!  I want to know what's in store for me!" replied Benedict to the Prophet, who's 44 visible eyes shined in the dark.

"What about me?  What will you give me?" asked the Prophet as 1/2 of their eyes blinked in unison.

"Um.  What?" Benedict was confused.  He hadn't been informed of any necessary tribute.

"You know- a gift, a bribe, a payment.  Whatever you want to call it.  It's necessary for the seeing.  Don't worry if you don't have one now, you can go get something.  I have a pretty flexible schedule." the Prophet extended on eye-covered arm to Benedict.  "No gift, no prophecy.  The more meaningful the gift, the more I (and by extension, you) learn."

Benedict frantically dug through his pockets for something to give the Prophet.  He was even more nervous.  It didn't help that 22 pairs of eyes were now staring at him.  "Would money work?"

"Unless your dead great-grandfather gave you that 20, the only thing I can see is a whole lot of disappointment." the Prophet laughed at their own joke but suddenly stopped.  Even more eyes opened and started to stare at Benedict's hand.  "The ring.  The ring will do."

Benedict looked at the gold band encircling his ring finger.  There was an inscription on the inside that read, 'For Forever, Angelica.'  He slid the ring off his finger and into the Prophet's hand, slightly unsettled by the large eyeball in their palm.  "Fine.  Take it.  Didn't mean anything in the end anyways."

"Oh but it did!  That's the beauty of it."  The Prophet placed the ring on the ground and opened all of their 90 eyes.  The world seemed to hold its breath for a few seconds as the Prophet gazed into the future.  The the Prophet exhaled and the world began to spin at a breakneck pace.

"The cosmic king, betrayed, with his dying breath

Cursed those who led him to death.

A new family of two arrives in town

An angel falls to hell

And the dead man pretends all is well."  The Prophet exhaled and collapsed, leaning against the wall.  They muttered a quiet obscenity as the world flip-flopped in front of her eyes only.

"What?" The words spilled out of Benedict's mouth.  "What does that mean?  What does it have to do with me?  What was that?"

"A rhymer.  That's-  That's what I call them.  What does it mean?"  The Prophet swallowed the acrid taste in her mouth.  "It means we're screwed." 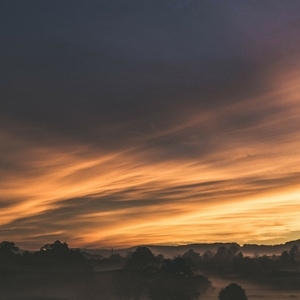 Everything Happens in the Valley

The Valley is an unusual place. Ever since anybody can remember, strange things have been happening there. Poltergeists, wizards, dead gods and dancing corpses just to name a few of the not-so normal occurrences. Yet, for some unknown reason (probably human stubbornness), a town has resided in the Valley for over 200 years, refusing to die and remaining at the stable population of 30,000 people.
Subscribe 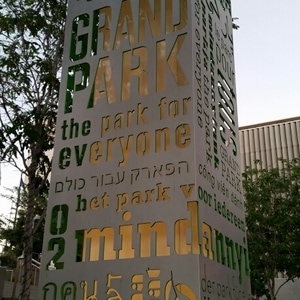