The afternoon light shining through the shattered tinted windows reflected a rainbow onto the blood splattered on Ava’s face. The small church was once the heart of the town. Kept clean and pristine even as the world fell apart; a symbol of hope, of faith in better days and higher powers. Now, it fit in perfectly with the neighborhood where it stood, its decay only emphasizing the ruin of the buildings wasting away around it. Folks had given up on the Gods long ago. Good. The faster people understood no one was coming to save them, the faster they learned to save themselves.

Inside, perched on the balcony, Ava had a clear view of the two people waiting below. They seemed around the same age, but while the man stood laid back and disheveled in ripped clothing, the woman, elegant in the finest suit Ava had ever seen, walked around with perfect grace and poise. Despite the composure of her movements, her eyes held a fierceness in them that commanded respect. His shone just as intensely, but with what, Ava couldn’t tell.

Up there, hidden in the shadows, she could observe them undetected, all but invisible to the unsuspecting eye. She’d only been watching for a moment when a familiar presence raised the hairs on the back of her neck.

“Where have you been?” she whispered to the empty space beside her.

With a swoosh, a gust of air blew her dark hair out of the scarf that held it and onto her face. The blood on her skin had already begun to dry and a few strands glued to its tacky surface. Ava stuffed it back into the soft fabric and scrunched her nose. The wind had raised the stench from the bag slumped by her feet. A thick pool of crimson oozed out of it and onto her shoes. She made no effort to avoid it.

Slowly, a shapeless cloud of black smoke formed to her right.

“You’re getting better at that.” Its voice echoed deep inside her mind.

There were many known ways to spot when The Smoke was around, hiding in plain sight. Even when it chose to disappear, the world responded to it — The temperature dropped, the atmosphere felt thicker, heavier, and the air smelled sickly sweet like flowers wilting in the sun. You had to pay attention, know what to look for, and even then there was always the chance something else hid in the shadows in its stead. Something deadlier. Ava, however, always seemed to sense the second it showed up. The truth was, she’d gotten so used to its presence that its absence left her with an emptiness so deep, it made it hard to breathe. She always knew, because when it came back, it felt like wind returning to her lungs. Like relief.

Not that she would ever admit it.

“I thought you left.” Despite her better efforts, Ava couldn’t hide the edge on her voice.

“Thanks for the warning.”

If anyone else spoke to her like this she would knock the light out of their eyes in seconds. She didn’t allow it by choice, of course,  but as it turned out, it’s pretty impossible to beat up something without a body. She’d tried. “Whatever.”

“Careful, now. If I didn’t know any better, I would think you missed me.”

“Please.” She rolled her eyes. “You can be sort of useful sometimes, that’s all.”

“Should I be flattered?”

It let out a booming laugh that, had anyone else been able to hear, would have compromised Ava’s position in seconds. Thankfully, when The Smoke chose to speak, it did so telepathically and only to those it wished to communicate with. “Very well. How can I sort of be of use?”

“Tell me about them,” she said, nodding her head at the people below.

In her line of work, it was common to never know who you were truly working for. Those with any real influence would always keep their hands clean by hiding their identities behind messengers and mediators, which meant these people, her ‘employers’, were likely nothing more than glorified emissaries. Still, it would be foolish not to learn everything she could about them.

It sighed dramatically. “I see your manners haven’t improved.”

The Smoke rushed below and Ava leaned over the rail to get a better view. It dissipated into thin air, but while she could no longer see it, over the years she’d learned to identify certain clues of where it was. Lamps and flames flickered as it passed by and when crossing shadows, the darkness shifted with it as if alive. In the sunlight, it disappeared to the naked eye but its flow stirred the wind, lifting hairs and shaking the fabric of clothes in its path.

It was back at her side in less than a minute.

“The girl in the suit is Esther,” it said. “Human, but watch yourself. Don’t get too comfortable. She’s more dangerous than she appears.”

Esther stood as far away from any surface as humanly possible,  disgust written all over her face. The church was the kind of filthy that came with decades of neglect. Even after the priests had left, the building held up the faith of those who used to attend it, by providing shelter to the homeless. They were safe there. Though most claimed to be non-believers these days, no one was dumb enough to cross the Gods in their place of worship. Once most of the windows cracked during the uprising, they had to choose between leaving town or freezing to death. Between the cold and the Leader’s army, there was very little chance any of them made it past the winter.

“The boy is Lyle,” it continued. "He's … odd.” Lyle stood on all fours like a wild beast and chased after the rats that scattered across the floor. “I’m not entirely sure what he is. Most of him feels human, but there’s something else there, something volatile.” He jumped on walls and pews with strange animalistic prowess. Even the sounds he made were feral.

“Hey!” yelled Esther. Lyle froze in place with a rat squirming between his teeth. “Drop it.”

With a whimper, he did.

“Stay focused and keep a cool head,” it warned. “It would be unwise to underestimate either of them, but where Lyle is erratic, Esther is deadly.”

She watched as Esther eyed a rat circling her shoes. Once it crept up her leg, Esther shook it hard enough that the rat hit the wall with a wet splat. Never losing her composure, she removed a Handkerchief from her pocket and wiped the blood that had sprayed on her cheek.

Then the atmosphere around The Smoke changed. It felt softer and warmer; more welcoming. “I always come back,” it said. “Even if I leave for a time.”

Ava frowned. In her world, depending on anything was as close as you could get to a death sentence. She hated that anyone, even The Smoke, might think that she was weak enough to believe otherwise. “Careful,” she said, not bothering to keep the bitterness out of her voice. “If I didn’t know better, I would think you missed me.”

“We’re stuck together, remember?” The damned thing didn’t even have a mouth, and yet Reggie could hear the smile in its voice as clear as day. “Whether I like it or not.”

Despite herself, the words settled something in her chest.

Lyle stood up then, now looking and moving like a person again. It was eerie how fast he could shift from feral to human. He sniffed the air and turned around as if he sensed something. Ava froze. There was no way they could see her from where they stood.

“What?” Reggie slumped deeper into the darkness. “And you’re only telling me this now because…?”

“You son of a —” But The Smoke was already gone, dissipating into nothing, leaving behind only the echo of an amused chuckle in her mind.

“What do we have here?” Lyle asked, raising his voice for Ava to hear. “Well, if it isn’t a peeper, creeping in the shadows.” He sniffed the air a few more times. “So young too.” Another sniff. A smile creeped on the corner of his lips and his gaze shot to the exact spot where Ava hid. “There you are.”

Shit. Ava crawled backward until her back hit the wall behind her.

“Come out, come out, little one,” he bellowed. “Unless you rather I come get you myself.”

So much for the element of surprise. 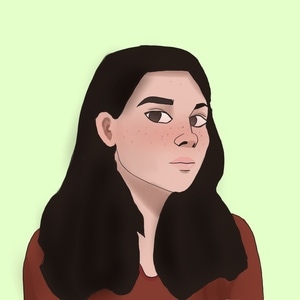 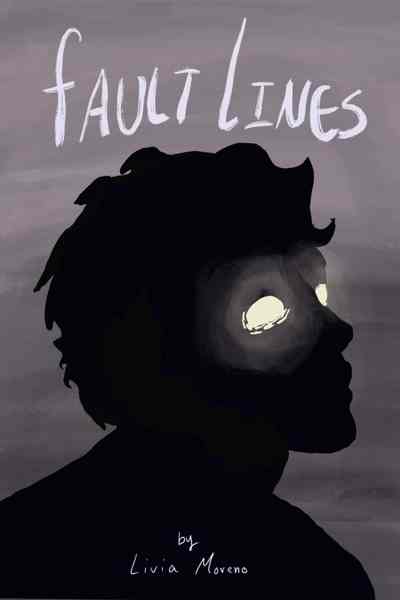 After centuries, the world seems to awaken with a magic that has long been forgotten. But with the rise of the divine also comes the rise of those who wish to stop it. If they wish to survive, the ones who descent from the Practitioners of old must learn to harness a power they thought to be myth in a world long abandoned by the Gods. Could this new generation of Practitioners rise to the task of fighting the ones who tried to end them all those years ago?
Subscribe 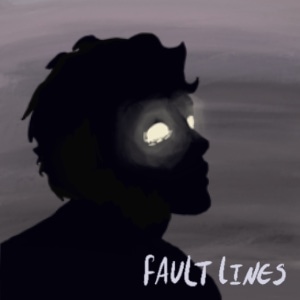