Amory shook, holding his niece Lyanna tight as he looked toward the grave on the shore. Destiny stood beside him, silent tears flowing.

Now they were alone, left to travel the wilderness to Destiny’s mother, left to bring the Morrigan news of her husband's passing.

“We need to go,” Destiny whispered, “I know the way to my mamas. Once we’re there we’ll figure something out.”

Nodding, Amory readjusted his bags, keeping a tight grip on Lyanna, “How long do you think?”

“Not long. Maybe ten minutes.” Amory nodded once more, and followed, counting the minutes in his head.

“Your little sister Ethan,” Destiny growled, “Bring me and Amory to my mother. I have a message from my father.”

“Father?”  the brown-haired man finally stepped forward, taking a good look at his sister, “Where is he? You weren’t sent alone, were you?”

“Father he-” Destiny choked, struggling to tell her brother the truth.

“He passed on the ship,” Amory filled in, his own voice shaking, “He asked to be buried by the shore.”

Ethan closed his eyes and cursed, “By gods. We’ll hold a funeral later. For now, get to mother, and explain to me why you have a man and child with you.”

Destiny scowled, putting an arm around Amory to steady herself, “You better not be mean.”

Ethan rolled his eyes and pushed them along, leading them straight to a central tent, opening the flap, “Just be gentle when you tell her.”

Destiny nodded and led Amory inside, letting go of him to kneel next to her mother, “Mama. How have you been?”

“I’ve been doing well,” Seera chuckled, “Why have you come to visit an old crow such as me? Did your father come with you?”

“Mama, you are a young Raven,” Destiny closed her eyes again, “There was a war in Atlantis. King Adrian sent me, his brother, and niece here. Papa was supposed to be here with us, but-”

Amory stepped in once again as Destiny began to cry, “He passed away on the ship. He’s buried down near the sea as he asked.”

Seera pulled her daughter closer, and looked at Amory and Lyanna, “I’m thankful you three made it. I had a feeling last year was the last time I would see him here.”

Amory looked down, having to set Lyanna down from all her squirming, “Don’t touch anything Lya.”

Lyanna toddled around, pointing at one of the scenes embroidered on the tent, “What?’

“You want to know what that is?” Amory bent to his niece’s height, “It’s a tulip. Can you say tulip?”

Lyanna giggled and turned around and looked at the other tapestries, catching sight of Destiny, “Desta sad.”

“I’m alright darling,” Destiny opened her arms for Lyanna, stroking the three-year-olds hair, “I’m alright I promise. I just need a little time, that’s all. Why don’t we go play outside?”

“Can he join you in a bit?” Seera asked before Amory could respond, “I need to speak with him.”

Destiny shot her mother a look before taking Lyanna outside, distracting her with promises of showing her the flowers. Amory looked at Seera nervously, “Did I do something wrong? My brother just sent us with the captain so-”

“You did nothing wrong,” Seera walked slowly towards him, violet eyes shining with compassion, “But there’s something burdening you. I can see it.”

“What do you mean? I’m worried and upset, but-”

“You feel you are the reason for my husband's death.” Amory looked at the ground, tears that he had been holding back overflowing. Seera looked at him, for once thankful that the power so often deemed a curse turned out to be a gift in this moment, “Darling, it was not your fault. The war that overthrew your brother was not your fault, it is not your fault that you got separated from your Nina.”

“How do you know her name? I never told you about her!”

“Because she is in your heart. My name is a version of the word Seer. Because that is my power.”

Amory collapsed to his knees crying as he realized what Seera told him, “Is she still alive?”

“She is. I can’t tell you when she’ll join you again, the fates do not allow me, but she will join you again. And she’ll bring your nephews.” Seera kneeled to the ground and took the fifteen-year-old into her arms, rocking him back and forth as he cried. “It will be alright. You are safe and welcome here.”

Destiny looked back towards the tent, sighing sadly. Lyanna ran in front of her, plucking the occasional wildflower and laughing at the village members. Behind her, she knew Amory was crying, just barely able to hear it as they moved farther and farther away.

Ethan walked over, looking at her weirdly when she flinched away from him, “What’s the matter with you?”

“I need to stay near Lyanna. And I don’t like being touched, I never have except by my mother, father, and two of my friends.” Lyanna ran and hid behind  Destiny’s skirt, big eyes watering at the hostile tone. Destiny turned and picked her up, back up straight as she pointed at the winter roses, “Should we pick some for Amory?”

Lyanna giggled while nodded, squirming out of Destiny’s arms to run towards the bush. The young girl picked the thornless roses while Destiny watched, unaware of Amory and Seera walking towards them.

“I see you like the roses little one,” Seera knelt by Lyanna, “Did you know that they can keep people from getting sick?”

“Huh?” tilting her head, Lyanna took a single rose that she has gathered and put it in Seera’s hands before turning to her uncle, “Amor.”

Amory took the flowers she pushed into her hands, “Are these for me?” Lyanna nodded, “Thank you Lya.”

Lyanna giggled and skipped over to where one of the tribal women was gardening, watching her tend the garden. Amory watched her, glancing towards Destiny as the tribal woman began to show Lyanna how to use the hoe.

Destiny smiled softly, “That’s Juniper. She’s a mother herself and is one of the kindest women in the tribe. Lyanna is safe with her.”

Amory nodded, eyes still troubled but he kept himself from snatching his niece and hiding her. The roses trembled in his hands as he shook, the only consolation was Destiny holding onto his arm, reminding him that he wasn’t alone. 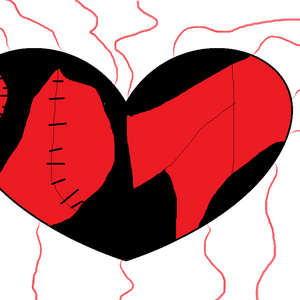 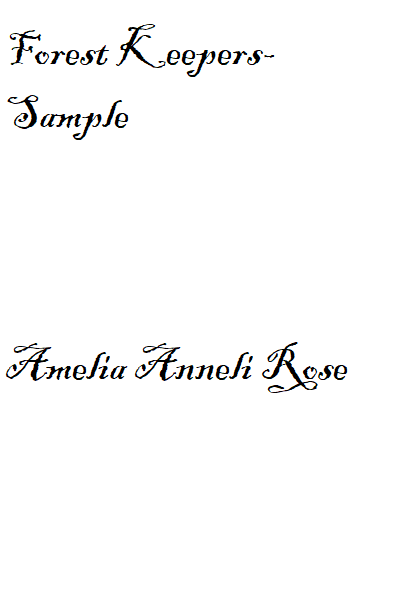 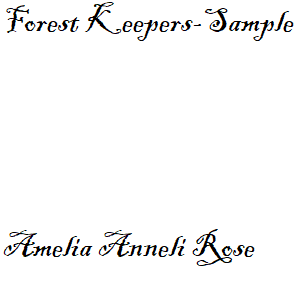