The colour drained from her face as she clawed to the surface but waves crashed in quick successions, pushing her further into the depths of the ocean. She resisted even as her arms grew slack and she gasped for breath, water rushing into her nostrils and mouth. She lost the battle, her breath turning into bubbles as she surrendered to the encompassing water before sinking to the bottom of the ocean.

I woke to the call of the seagulls and the waves crashing against the breakwaters outside the house, and I knew for a fact that mum was dying. In the past week, I had woken to the dreams daily, dreams of her fighting for her life and failing and I knew I had to tell her. Maybe her death could still be prevented, maybe it was not too late to avoid it. I went to her room and placed my hand on the doorknob but lost my nerve and returned to my room.

I summoned courage to return to her room and retraced my steps. Taking deep breaths to steady my nerves, I turned the knob. She was in bed, her back to the door and I climbed in with her. I could not imagine a life without her, she was my only parent and the only family I had besides Jim, my little brother. I hugged her, my fear turning into despair. She started and turned towards me.

I held her tighter.

“Are you okay dear? You haven’t done this in ages.” She said, between chuckles.

When I had the first dream, it occurred to me that she knew she was about to die and was hiding it from me but her brightness told me otherwise and it reinforced my belief that she was dying. If it was only a health scare, she would know. Sobs wracked my body as the reality dawned on me.

“What is it dear?” she asked, turning on the bedside lamp.

She sat up, drawing me up with her and held me away from her, searching my eyes for an answer. I shook my head unable to talk, a mixture of fear and sadness overwhelming me. She hugged me, and rubbed my back until I was able to talk.

“Mum, we need to go to the hospital”

She turned ashen, her hands dropping to her sides.

“Show me” she said, holding my right hand.

We could share our dreams with each other which I often did when I was much younger and unable to decipher the more cryptic dreams. I closed my eyes and thought of the dream, focusing on it until I could not feel her hand and all I heard was my heart beating at a slow, steady rhythm.

In the first dream, her body was lifeless as three women dressed her. In the second dream, she lay in a coffin, a grave dug beside her. The third was of her drowning in the ocean.

The man came into view, every inch of his back covered with the image of the bird and started to turn, revealing all I knew of his face. I let go of mum’s hand.

She was even paler than she had been earlier.

“We should go to the hospital.”

“At the end, that was an avalerion” she answered her question and I looked away.

“When did you start having visions of him?”

“Is that important right now?”

“Yes, more than me...” she stopped, her eyes filling with tears before she shook her head.

“When was the first time you saw him?”

“The dreams became frequent about three years ago but I think I had seen him before then.”

“Excuse me, I need to make a call”

Her fear had turned to anger as she picked up her phone and dialled a number. I walked out of the room, standing on the other side of the door and heard her talk over the phone.

She paused before continuing.

“You need to come and get him tomorrow.”

I waited for a few minutes and when I did not hear her voice, knocked on the door.

“Tomorrow, Lara.” She said without opening the door.

I blamed myself for allowing her to see the avalerion. I did not want her to worry about anything else besides staying alive but now she would. Avalerions, one in particular, were the reason she had lost all her family, the reason I lived like a hermit with my back hidden.

I must have been six when she first told me the story. As scared as it made me, it became my bed time story until I was too old to need them.

“Every sixty years around the same time, two avalerions are born. An avalerion has a bird that spans the whole of their back. The bird’s head is almost as wide as the avalerions’s neck and the wings dark as night, their feathers inlaid with sharp blades.” She would draw her forefinger and thumb together to show how sharp.

“The birds have long talons for claws. Not your chicken-like claws for the avalerion’s bird, no my dear, but blades that could tear a man’s heart out of his chest.

“Time surfers” I would correct her, preferring the term to sibyls. I saw time as multiple blocks to which I had unlimited access and ‘time surfers’ made me sound like a superhero. 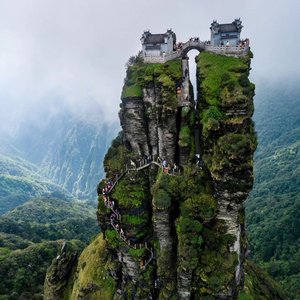 Meet Lola and her mum. This episode introduces our heroine and the background of her dilemma 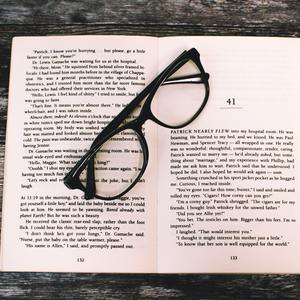 Interesting. I've always been intrigued by stories wherein the main character can see the future, so I'll see how this goes.
On the other hand, I wonder what that mysterious phone call was about... Guess I'll know pretty soon once the story develops. 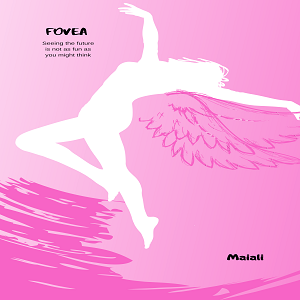 Lola has always seen the future but when she sees her mother dying and discovers her brother's secret, her life begins to unravel.

She must find the only people she knows can help her protect the world from him. But as she is soon to find out, life is not done throwing curveballs at her.
Subscribe 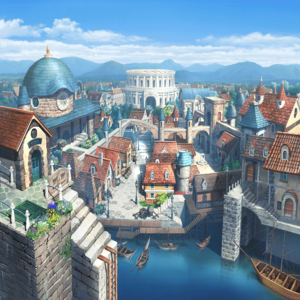