Damn… why did I have to postpone that alarm so many times?

I don't want to be late, I always see that they are punished very hard during the first hour.

I couldn't see very well, but it seems that someone suddenly crossed my path as I turned the corner.

Plop! Inevitably we collided and I sat down.

"Ouch" - but what happened? - I thought while still opening my eyes after the fall.

When I opened them, the first thing I saw was white panties.

I closed my eyes again to finish opening them finally.

I couldn't believe what my eyes were seeing, I thought that this only happened in fiction series. It was Maya, a beautiful brown-haired girl with whom I had fallen in love during my first year of transferring. The blow had caused her to fall too, but wearing the female school uniform; which consisted of one of those black shoes with straps, red stockings, a red plaid skirt, a white short-sleeved shirt and a red tie; her skirt showed clearly her panties, with her legs slightly apart, she still hadn't opened her eyes from the impact.

She began to react, barely realizing it, she blushed completely, and immediately brought her legs together, placing her hands on her thighs. Still embarrassed, she opened her eyes again and looked at me with embarrassment. It looked very cute...

Words wouldn't come out of my mouth, I wanted to apologize, but having the girl I like so suddenly left me paralyzed. She must be thinking I'm a pervert… No… calm down she knows it was an accident. Right?

Without anyone saying anything, she stood up, brushing the dust from her skirt. And before I could say anything to her, she ran on her way.

I had forgotten, I was in a hurry because I was going to be late for school. 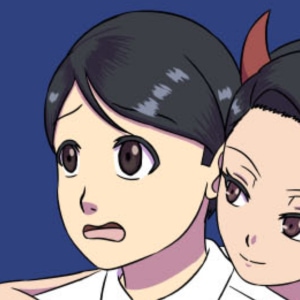 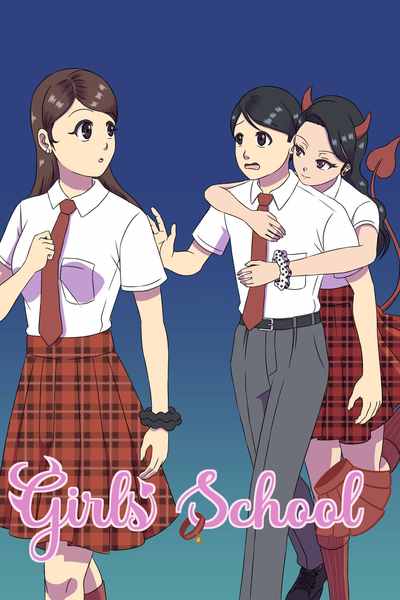 Hiro is a shy but academically savvy boy who was selected to participate as a test subject at an all-girls school to see if it could become a coeducational school in the future. Hiro accepted this opportunity as a way to force himself to overcome his shyness around girls, however after a first bimester he seems to have made no progress and even ended up falling in love with Maya, a girl in a grade below him. His life will take a 180 degree turn when his classmate Shirley discovers his secret and uses it for her own amusement.
Subscribe 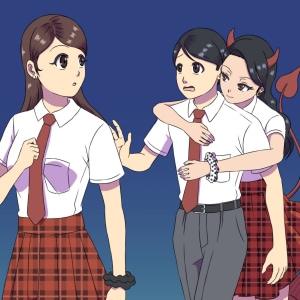