A/N: There is an important change in this story. The students are accepted to Hogwarts when they are 14 years old and graduate when they are 21, so all main characters are at least 18 years(4th year) old when the story commences.

Waking up with a sudden start, Harry glanced around the dark room and let out a sigh of relief when he realized he was in his bedroom at the Dursley'. Placing his right hand on his scar the young wizard immediately withdrew it as he felt a stinging sensation coming from the blasted scar.

Laying back on his pillow soaked with sweat, flashes of the nightmare he experienced with Peter the sniveling, rat-tailed traitor and Voldemort killing that old man passed through his mind. He let out a deep sigh and a silent prayer to the poor old man who died at the hands of his parents' killers, Harry got up from his bed as he really didn't see himself going back to sleep anytime soon.

He looked around his bedroom. It was really an unusual assortment of goods as at the foot of his bed laid an opened trunk with a cauldron brimming with a potion he cooked up, a sparkling new broomstick of the latest model, black robes enchanted with cooling and cleaning charms, and a stack of spell books tied up neatly. On his desk were parchments stained with ink blotches and incomplete assignments given over for the summer vacation.

In another corner near the window was an empty cage which his snowy owl, Hedwig, usually perched. Just as the thought of Hedwig passed through his mind, a slight tapping echoed from his window and into the room.

Striding up to the window, Harry swung it open and came face to face with his good old friend perched on the window sill.

"How was the hunt, girl?" Harry asked as he scratched behind Hedwig's ear just where she liked it. Hedwig hooted in reply as she flew into the room and rested on her perch.

"Yeah, you must have been good," Harry said as he chuckled to himself but then his thoughts turned back to the nightmare he just had.

He needed to tell someone about the nightmare he experienced, but who should he tell it to? Immediately his mind flickered to his two best friends; Hermione and Ron. Though just as quickly as it passed through his mind he waved it off.

He could already imagine their reaction, Hermione, as much as she is intelligent, she isn't all-knowing. The first response she would give him would be to consult a book and he doubted that any book would be covering his scar. The next best thing she would recommend would be to talk to an authority figure and Harry also highly doubted that option. Having any sort of connection to Voldemorts would never be a good thing!

Ron, on the other hand, as much as he enjoys the company of his friend when he isn't being jealous or thick skulled, he knows that he isn't really the brightest tool in the shed. Their talk about quidditch, girls, or wizarding stuff, in general, is fun, but that is all that he offers.

As Harry's options became smaller and smaller his mind came to Professor Dumbledore, though he quickly crossed that one out, faster than the others. As much as the old man is known for his magical prowess, it has been Harry, a young wizard of above-average talent, who has been thwarting Voldemort at every turn and all other deadly threats that the school has faced ever since he arrived at Hogwarts.

Not once had the wizened old man been there when he faced each and every new menace head on.

Finally, after a long while of milling it about, a name passed through his mind - Sirius.

Jumping to his feet, Harry rushed over to his desk and immediately scorned himself for not thinking about contacting his godfather first about his worrying dream.

Though nobody couldn't really blame him since the man was on the run from incompetent Ministry workers, or the fact he didn't even know the man existed until just last year.

From what Harry picked up about Sirius, he seemed to have deeply cared about him and wanted the best for him, and Harry prided himself for being a good judge of character since for the entirety of his life he needed to fend for himself.

Picking up a parchment and quill, Harry quickly started to pen a letter to his godfather and hoped that it would reach him safely.

After he was done, Harry got up and walked over to his snowy owl. "Hey girl," he called out, "Can you deliver this letter to Sirius for me?" He asked as he held out the letter.

'Hoot, Hoot,' Hedwig replied as if she was saying, of course I can, then grabbing the letter with her talons and was off and away.

Sitting back on his desk chair, Harry started twiddling with his thumbs then he started walking circles around his room like a caged animal. Noticing that he was up, Harry decided he would get an early start on his summer assignments, that more than anything would make Hermione proud plus it would take his mind away from the letter which Sirius would not be responding to for a couple of days.

Once again sitting back on his desk chair, Harry cleared his desk then took out his books and parchments, and got a start on his homework.

Coming down from his room after showering and brushing up, Harry made his way to the dining room. He put good use to all the time he had earlier as he finished up a few of his assignments and was now feeling a bit famished so he came down for breakfast.

Vernon was already out and Dudley left to hang out with his punk friends, so that only left him with his 'dear old aunt Petunia.'

"What's for breakfast?" Harry asked his aunt who was washing the dishes.

"There are some waffles in the fridge" Petunia responded curtly as she didn't even look up from the dishes she was toweling.

"Well then, I guess I will help myself to it" Harry uttered as he made his way to the refrigerator and took out the stack of crisp batter cake. Grabbing himself some syrup too and the jug of milk, he took a cup from the washed dishes Petunia set aside and made himself comfortable at the dining table.

Uncomfortable silence greeted the area as Harry wolfed down his food and Petunia finished cleaning up the dishes. Once Harry finished his meal and wiped himself clean, he made his way over to the sink to drop his utensils and plate in.

Watching him like a hawk, Petunia announced, "Make sure you clean your dishes boy, I do not want to deal with your stuff."

"I know perfectly well how to wash dishes Petunia," Harry smoothly replied. "I have of course been washing them since I was four years old."

Sniffing to herself, Petunia turned away from Harry as she headed off to the backyard leaving him alone to finish up his cleaning. Ever since the Dursley' found out that his Godfather is a mass murderer, they've been on edge. His unsaid threats that the man might come by didn't really help matters so the Dursley' did the next best thing they could, treat him like he did not exist.

That worked perfectly fine for Harry as he did not have to deal with their shouting, screaming, insults, and every other annoying shit that they put him through. So this summer was turning out to be the best summer he's ever had in his life with the Dursley'.

Once he finished washing up, Harry decided to stretch his legs out a bit. He headed out the front door, opening the front lawn gate, he waved at Ms. Arabella Figg who was sitting on her porch with her cats lazying about in the morning sun.

Having nowhere in particular to go, Harry headed off in a random direction and simply enjoyed the pleasant morning breeze which was a rare thing in Britain since it was always rainy and gloomy.

Since there is a word limit here, I will have to divide my chapters into 2!

Author’s way of storytelling is so good, I suggest you join NovelStar’s writing competition on April. 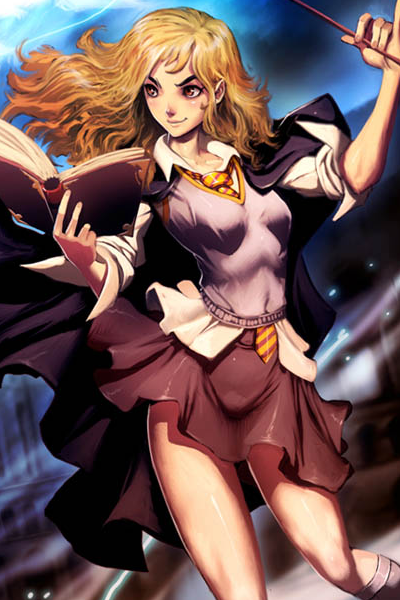 Sirius Black was always said to be a playboy. What if he taught his godson a bit of his trade. A more mature and savvy boy-who-lived heads off to Hogwarts for his fourth year. 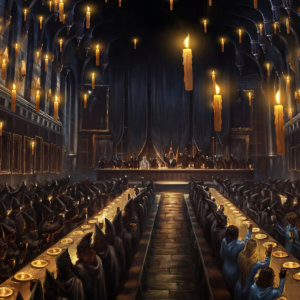