Guardians of the Cosmos

The Roots of the Danger ahead

Justin is driving the car to the outside of the city. He is intense and depressed as always. The car stops outside the “the caliber forest”. Justin has been coming here daily with a heavy heart. He roams in the forest daily like a distracted soul and after roaming here and there for almost an hour, he sits below one of the trees close his eyes and remember what happened on 2nd January 2021.

Justin is out with his family for a picnic. Everyone is cheerful and happy about the picnic. Since its season of blossom London trees, they have chosen the beautiful caliber forest as their picnic spot. After reaching there, they spread their mat for sitting and take out all the necessary things. Now Justin’s mother has realized that she has forgotten to bring a water bottle. She sends Justin to buy water bottles from the shop outside the forest. Ha takes the keys and goes to buy the water bottle. After 20 minutes, when he comes back, he finds no one responds. Everything is kept there only, no scattering. He runs about the forest shouting their names but there is no one to be found.

The police searched hardly over the forest but there is no one to be found. No signs of kidnapping as well. No one knows what has happened. Justin is depressed and anyone would be if had been in the same situation. He lost all his loved ones, brother, sister, mother, and father.

Justin goes back to his home and opens his laptop. He is typing something. It won’t be shocking to know that in these 2-3 months, Justin has been so much depressed that he had tried to commit suicide twice. And both times, his loved dog “Slater” was the one to stop him.

Marvin is asleep but it doesn’t look like that he is enjoying his sleep. He has been suffering from “Insomnia”. Suddenly he wakes up and sits straight. He is sweating a lot. Suddenly Jenifer knocks on the door.

Jenifer- May I come in Marvin?

Jenifer- I knew that you must have gone through it again.

Jenifer sits on Marvin’s bed and takes him in her arms.

Jenifer- You need to forget that day Marvin.

Marvin- It automatically comes to my sleep.

Jenifer- Because you have been thinking of that day again and again.

Marvin- I don’t think that I could ever forget what happened on 15th January 2021.

Marvin along with his mother and a small brother is out for a walk in the ‘South park’. They are enjoying their time very well. Marvin is playing with his little brother and her mother is sitting on the bench. Marvin’s brother throws the ball to a nearby shop by mistake and Marvin goes to get his ball back. After 5 minutes, when Marvin comes back, he finds no one in the park. The park although had no one other than his mother and brother is now vacant. He calls out loudly and then searches here and there, asks people nearby if they had seen a little boy and an old lady but no one did.

A few days later, the police have also left their hope and finally ends the case. Marvin is greatly hit by trauma. He hasn’t spoken for 22 days. Hasn’t cried as well. Jenifer has taken great care of Marvin. Jenifer loves Marvin but Marvin has never thought in that way. He is unsure about his feelings. Finally, after 22 days Marvin broke his silence and cried loudly for 2 hours on Jenifer’s lap. She handles him very well. Jenifer is a very successful independent girl being awarded the ‘Work Woman’ of the year by times magazine after setting up her own multinational company but her love for Marvin has never reduced. Whenever Marvin is in a problem or is depressed, he always finds Jenifer with him.

The next morning, as usual Jenifer has made the breakfast, kept it for Marvin, and then head towards her office. Marvin wakes up a bit late. After completing all his stuff, he finally sits on the sofa, taking his laptop. He is surfing among the millions of blogs on the internet. After surfing for an hour, Marvin finds a very interestingly titled blog, its title was, “Invisible Villain”.

Reading the article, he found that it was written by ‘Justin Williams’ on 28th April 2021. In that, Justin wrote about 2nd January 2021, the day when he suspiciously lost his family. After reading one blog, Marvin was shocked and worried. He wrote a mail to Justin by going to his profile.

In the mail, he wrote, “Hello Mr. Justin. I am Marvin Bragg. I read your blog and after reading that, I desperately want to meet you. I don’t know, whatever our meeting will benefit you or not but will surely shock you in some way. Don’t want to write anymore, I just hope that you shall trust me and reply to this mail. For meeting, you are currently my top priority”. Thank you.

After writing the mail, Marvin eats his breakfast and then after playing with Bruno (Jenifer’s dog) for 2-3 hours, unintentionally sleeps on the sofa with Bruno next to him.

In the evening, Jenifer comes from her office after a tiring day and sees Marvin and Bruno sleeping on the sofa. She smiles and goes to her room to change. When she comes back, she finds Marvin using the laptop, and Bruno is lying on his lap and looking at the laptop. She is shocked because Bruno doesn’t like Marvin because he never plays with him and always remains quiet.

Finally, Marvin receives what he was waiting for an i.e. reply.

The reply from Justin Williams was:-

“Hello, Marvin. Hope you must be doing great. I am glad that you contacted me. I am ready to meet you. I haven’t met anyone for 3 months, so I might have interaction issues when we meet but let’s hope that we would be satisfied after the meeting. If you want to meet me, then please come to the following address at the time.

Here is my photo, so that you can recognize me in the café. Hope to meet you soon”

After reading the mail, Marvin looks quite hopeful. Jenifer goes to the kitchen and finds that Marvin has eaten his breakfast for the first time in 3 months. She is shocked and happy. Usually, he has dinner late at night in his room probably after Jenifer sleeps. But trying and testing Marvin’s mood, she decides to call Marvin on the dining table however she believes that he won’t come. She calls him and luckily Marvin agrees at once saying “coming in a minute”. Jenifer drops the serving spoon in shock. The smile that has brightened Jenifer’s face was missing for so long.

They both started their dinner. Marvin didn’t speak anything but still, Jenifer is happy.

The next day, Marvin wakes up, performs some essential routine work, plays with Bruno, and then haves his breakfast. In the afternoon, he gets ready to go for the meeting and leaves the home at 3:40 pm.

Meet the characters of this novel in the first episode and get to know what tragedy have they met. Why their life has been depressed and sad. What is the danger in the coming time. How the heroes met each other and many more things, so stay tuned for more episodes, this is Kushal Singh signing off. 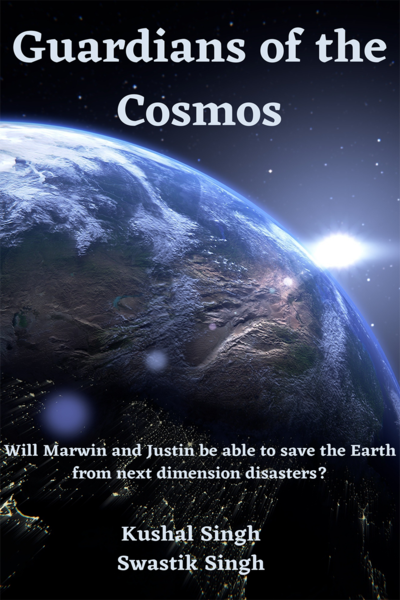 Guardians of the Cosmos

Once upon a time in New York, the city of dreams, an invincible villain was on a roar.
Where are those missing New Yorkers? Another dimension or in the future? Who has the key to all these questions? Read all the upcoming episodes of the “Guardians of the Cosmos” to raise the curtain from these mysterious questions.
Will three superheroes be able to save the Cosmos from the mighty villain? Or it is the “Shadow-X” in the end who will conquer the world. 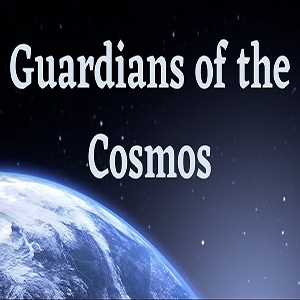