“S.A. Ford,” the voice in his head said, “there’s been an incident at Interstellar Overdrive. Please proceed without haste to investigate. Code Red.”

Technology, eh? Special Agent Damian Ford had come to associate this voice with the ever-present PXR5 drone that glided in the air just above his shoulder. This machine followed him wherever he went. Most likely there was no connection between the two and they were separate entities. He knew they were linked to MSSV, the central AI brain of the luxury cruise spaceship, and he hoped that was where the connection ended, but he had his doubts. PXR5 filmed him constantly, and Damian suspected this data was analyzed, with reports being sent to his employers. They had assured him when they shot the chip into the back of his neck that it was just for communication purposes, security access, etc., etc., and there was absolutely no monitoring of his thoughts, or any other funny business going on. Despite this, Damian was convinced it was possible, so why wouldn’t they do it? He’d also not read the small print on the fifty-page electropaper contract he’d signed when he took the job, so he’d only have himself to blame if it were the case. Fuck it. Let them read his thoughts. If they could discover anything useful from the weird shit floating around his brain, more power to them.

Although the voice in his head seemed like something he could hear, it was really thought waves being sent directly to his brain via the implant. Still, this was all largely irrelevant. That ‘code red’ cliché was new to him and must be important to somebody, or something. He was new to the job and it was the first time he’d been called to investigate anything since the spaceship had departed from Earth a month ago, so he’d better get going.

“Proceed without haste, S.A. Ford,” repeated the voice. Damian thought he should really give it a name but had yet to think of an appropriate one. He decided there and then on ‘Shirley’. Or had Shirley named herself? You could never tell with AI these days. As he moved out of the R&R crew lounge and headed towards the elevator to go up to the passenger decks, he wondered where his partner was. After settling into the good life on board, Angelina would be pissed off at having to do her job for a change. No matter. He assumed the voice in his partner’s head was telling her to do the same at that very moment. The two of them and their drones would meet up soon enough. At the entrance to the elevator pod, Damian stood still, trying not to blink, waiting for the retina scan that would give him access to the other decks. The reinforced glass door slid open and he stepped inside. As the door closed, he felt a pinch just inside the back of his neck as the chip embedded in his neck was scanned and the data compared with what MSSV had on file. A doubt crossed his mind. Was he going to refer to the chip itself as Shirley? Or just the voice in his head? He decided to call them both Shirley. A bank of numbered red lights illuminated on the right side of the pod and Damian spoke the number of the deck he wanted the elevator to take him to.

“Deck seventeen. Entertainment area, clubs, restaurants, bars and cafes,” the elevator panel said in a neutral, sexless accent. He wondered why it had to speak this aloud and why he needed to raise his voice to speak to it too. Surely that information could be sent via Shirley directly to and from his thoughts? He knew the technology was able to do this. There must be a reason, he thought, although he hadn’t a clue why.

Shaking off the thought, Damian stepped out of the lift and turned left, walking along the red carpeted corridor that led towards the Ballroom, past the John Travolta diner, and beyond that, the Interstellar Overdrive rock club. As he walked, he ignored the dozen animated 3D wall posters advertising the latest luxury products and services he could spend his CR on if he so chose. PXR5, which looked a little like a streamlined chrome bluebird, hovered by the back of his head, buzzing and making small clicking noises as it followed him. The machine was designed to be silent, and Damian had started receiving messages asking him to go and get the thing serviced, but he preferred the noise. It reminded him the drone existed and, he thought perversely, it meant it wasn’t infallible. He sniggered. He knew he shouldn’t, but it gave him certain satisfaction to know PXR5 was damaged. Very rock n’ roll.

Once past the Ballroom, the red carpet gave way to irregular faux paving stones, and then after the diner, the light grew darker. There were no holographic billboards in this part of the ship, probably the only section not to have them. As he drew closer to the entrance to the rock club, the sound of thunder came from the wall speakers, punctuated by a low rumble of a bass guitar. This was overlaid by an electric guitar solo and the odd drum roll. Above it all, a rasping death metal voice cried out ‘Rock n’ roll will never die!’ and ‘Baby! Baby! Baby! Baby!’ The loop lasted about thirty seconds before it repeated. Was it his imagination or was there a smell of Patchouli oil in the air?

Agent Ford and the other special agents are called to investigate a murder on board the interstellar space cruiser Harmony to the Stars. 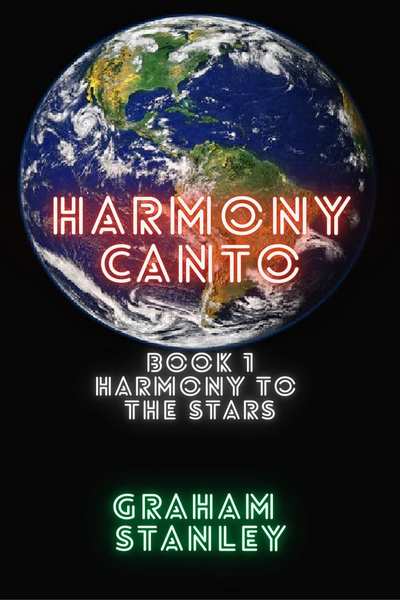 The year 2039. Damian Ford is on a private space cruise ship, Harmony of the Stars heading for the new world, GJ1132b, approximately 39 light years from, and 1.4 times the size of Earth. The lead singer of the onboard rock group, Harmony Who? is found dead, Damian and his fellow agents investigate the crime to discover who killed her.
Subscribe 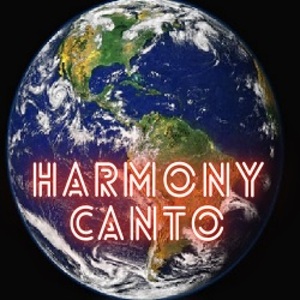