It had been raining for two days straight. Vanessa was lit by a slit in her window curtains at the pale gray sky outside, illuminating her room in a murky haze. The rain drummed quietly on the rooftop above her head, a backdrop to the soft sounds of breathing in her room. Vanessa didn’t feel much like moving. Doing so would disturb the three warm bodies curled up around her, her cats helping provide some warmth to her otherwise cold room. Vanessa wasn’t sure how long she’d been sitting there, staring at the muted pictures that were hung up on her wall.

Though she graduated five years ago by the skin of her teeth, Vanessa felt like she never left. Where her friends had moved on, she’d been left behind. Miorette was featured in the majority of the pictures, with her long blonde curls and shy blue smile. Mio and Vanessa had done everything together, even school dances. Vanessa had been to every one of Miorette’s concerts. Now, the two hardly talked. Once Mio had gotten her life in order and Vanessa hadn’t, it was harder for Mio to make time for her best friend at all.

Turning her eyes away from the sore feelings of inadequacy, Vanessa looked to her other friends. She smiled a little at the over dramatic picture of the four of them leaning against a wall. One figure, tucked close against Vanessa’s side, peered out at her with hauntingly dead eyes. Lily was someone she was still close to, but being close with Lily is like knowing a stranger. Still, the short redhead was a lot nicer than they had been in high school. Lily and Vanessa met up sometimes to talk about how their individual therapies were going. Lily felt just as stuck and lost as Vanessa did. Vanessa felt bad; Lily had never been given a childhood of their own, and now had no idea how to grow up.

On Vanessa’s other side was a similarly short figure, Kaide. This was one of the few pictures Kaide had let Vanessa keep of him, and she cherished it dearly. He grinned at the camera like his braces were a threat, even though he hid uncomfortably in his sweatshirt. Vanessa didn’t hear from Kaide anymore. She knew he was out of prison, but he hadn’t bothered dropping by. She figured she’d leave him be. Wasn’t like she was going anywhere. If he wanted to find her, she wasn’t hiding.

On the other side of Lily was Trace. He was taller than Kaide, but not by much. He glowered at the camera under shadow-heavy eyes, piercings glinting like bared teeth. Trace had managed to do something no one in their friend group had done before: get out. He moved away a year ago, hightailing it to Boston to chase his dreams. Vanessa missed him every day.

Vanessa’s eyes strayed back to pictures of Mio. Pictures of her laughing, smiling, with her other friends. There was Yanlie, arms crossed and sour-faced with the barest hint of a smile. Vanessa hadn’t heard much from them after their brother died, only periodic affirmations that they hadn’t followed him. Wren was beside them, hiding behind a curtain of dreads, stars sparkling on his skin in silver marker. He had always been an odd one, so Vanessa hadn’t exactly been surprised when he announced his intentions to open his own bakery a few years back. It was still doing well, surprisingly, but she’d never been all that close to him in the first place, so they didn’t talk much. Vanessa’s heart twisted in guilt when she looked to Ruby’s face in the picture. They were miserable all through high school, and like Kaide, had to hide who they were. Newer pictures of Ruby were sprinkled around Vanessa’s room.

Ruby was one the few in their group actually doing well for themself. After coming out to their mom, their world was turned upside down in the best way; their abusive father was divorced and sent packing, and Ruby was allowed to flourish into who they always wanted to be. While Vanessa and Ruby hadn’t been exactly close in high school, Ruby had sought Vanessa out first when they needed advice and guidance on their transitioning. It was something Vanessa had gone through already, and she was happy to provide Ruby with all the support they needed. Even now, Vanessa considered Ruby her closest friend.

So much had changed in the past five years, but Vanessa had stayed the same. She sat up a bit straighter, withdrawing from her wall, drawing a shuddering breath into her lungs. Did her friends even remember her? Vanessa couldn’t decide if she wanted them to or not. What would they think of her now, stuck in her bedroom, barely able to handle going out to the grocery store to grab something to eat? She was a failure. It was better that her friends moved on without her. 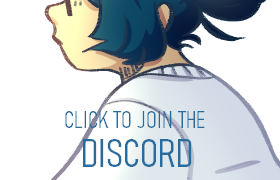 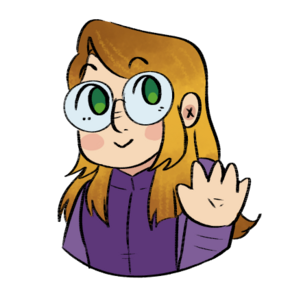 first part of chapter one! i'm really excited about this and i hope people like it :> 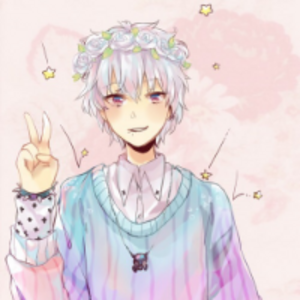 So much detail! I will be reading this when ever you release an episode :3 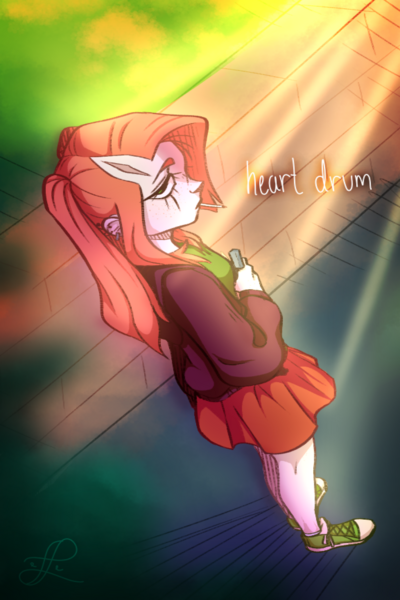 Five years after a horrible accident that divided an unshakable friend group, their strings of fate are slowly drawing them back together. Follow eight friends through their stumbling blocks of growing up, learning responsibility, and falling in love.

Heart Drum features a diverse cast of LGBT+ characters. It updates every Tuesday and Thursday at 12 PM EST.

---
as i am only one person, i cannot trust that my perspective is going to be accurate at all times. if you have personal experience with any of the identities put forth in heart drum, and you dislike any part of how i've portrayed them, *please* let me know. i would like to educate myself further. it is never my aim to offend anyone, but i am not a perfect human being. thank you! 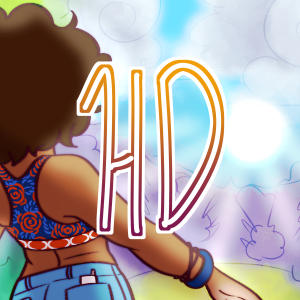