It was a bright sunny day in the woods, the birds were singing the bees were buzzing, on days like these, I wish I were still in bed.

"Ughhh." I groaned as my training officer dragged me out of my chambers. It was too bright, I wanted to stay in bed; but nooo I had to get out and swing a stick. This happens around every gosh dang day.

You see I'm in a human training camp, which is more like a prison, and when I say 'like', I mean an actual prison! They keep children here and train them up like soldiers and from a very young age too, I'm talking when they leave the womb, they get straight into this hell hole and trained up as a guard dog. It's horrible. Some children don't even get to see the outside and some are just straight-up born here from two other fully grown-up children to maximize the baby's strength with powerful genes from the parents.

It's good I got the lucky straw; I was a normal child walking on the streets just getting some groceries for my dear old mother like a good boy until I was taken by these absolute pile of horse dung. I still remember it to this day, imagine, me, a boy, age 12 being swept away from my mother and taken away from my home. It was terrifying!

But oh, they're the fools. Since day one of coming here all I've done is study the area and the place where they took me; I don't know exactly how to get back home as I got stuffed in a dark car filled to the brim with children but I have memorized the layout of the camp.

There's the actual building with two large floors, its old exterior built out of broken grey bricks. But don't be deceived, on the inside the walls are made of solid thick steel. I'm saying 'thiccc' with three c's, it's built up like an absolute tank! And if you went down the elevator there would be, I don't know, maybe hundreds of rooms and bedrooms. The basement of this place was like a maze.

So, when I plan my escape, it needs to be through the forest. Now, this forest extends on forever. Into the distance in every direction and I bet you're asking why don't I just run through that; well bit of a problem there, see if you go far enough there are these huge metal walls with turrets on and a bit before that is an electrical wire fence. So yeah, not that easy.

"Oliver!" What, who said that, where did that come from, "OLIVER," Why is someone shouting my name! "Come on Oliver stop daydreaming." Ah yes, I remember.

"Oliver you have got to stop that daydreaming of yours, we don't need thinkers we need muscles!" Said the man who I train with who's been the pain in my backside ever since I got here. He's a very blocky man who is wayyy taller than me, probably two of me stacked on top of each other. He has red hair which he hides with a cap, bloody redheads, they're all evil I tell you, pure evil! His evil green eyes look directly into my mind, trying to pierce my soul, but that's not gonna happen, I don't go down without a fight.

"Oh no sir, I wasn't daydreaming, I was actually dreaming, I've learnt to sleep with my eyes open," I say like it's an achievement. Which it is! It took me so long to sleep like that, people say it's creepy but in this case, it's gosh dang usefully.

"For goodness sake Oliver you got to stop learning these useless skills and train your muscles! You're never gonna get anywhere in this world if your just a weak stick that people can just snap!" He shouts at me which causes some people around me, who he's training at the same time, to giggle.

"Don't call me Bob" He interrupts

"Sorry, sir, but I don't think being all brawns would help in a fight, or even a war, you need some brains in there too, and maybe even these useless skills would prove great in battle." I announce, super intelligently of course.

"See this is why you're never gonna leave this place, Oliver. You talk too much, no one likes a chatterbox. Now stop procrastinating and pick a god damn stick." As he says that the crowd giggles again. Damn you people! Stop laughing at me and laugh with me god damn it.

I slowly slump over to the crates full of wooden sticks, damn it no long ones again. See there are 3 types of sticks filled with different strengths of magical essence, the small ones which are very weak and are normally are given to youngest ones, the medium ones are for a bit older people like me and are filled with a bit more magical essence than the small; the longest and largest ones are the strongest and are filled with the most magical essence. The thing about the long sticks is that they've got such powerful magical essence that they can gain an elemental ability, like fire or earth. Just picture wielding a stick on fire and it doesn't hurt you, badass right!

But the thing is, they all get taken by other people before I get to them. That's probably one of the downsides of waking up so late. And yes, I know it's all my fault for not getting up early but I just like taking that sweet, succulent, extra sleep before the guards come in and pull me out.

I've always wanted to try a long stick out, but alas, I seem to never get my grubby mitts on those suckers. So I guess I'm stuck with these pathetic ones.

And now, ten long tireless hours of waving a wooden pole around, while getting shouted at that I'm doing it wrong; now this repeats every day, every month, of every year. It's stupid, just doing this, every day, won't bulk up my body, I mean it hasn't yet. I'm still as thin as ever; maybe it's because I've got a high metabolism, except I don't think that's how that works. I'm probably just lazy.

I've always been a pale skinny boy, all the time, sticking out like a sore thumb. I guess Bob was right, I am kind of a weakling, but only a smidge.

The people around me are very fit and tanned, they seem to put on muscle so why can't I? I say that as I swing and stab the stick like a sloth and stand under the nice covered shade of a tree. Ah, I see now why no one ever wants me to join their training group, not that I wanted to. When I normally train, after the first hour I just stop putting effort in and wave the stick around like it's a dance move.

As I do my normal lazy training, I watch the people around me surrounded with an intense fiery aura; this is what they are like every time, I wish I had their determination but I just don't feel the same about this place as they do, if I didn't get taken here against my will I would actually try to put effort into getting stronger.

When I first got taken, they put us through some kind of brainwashing mechanism; this big clunky metal rectangle had a huge old nineties looking television screen with lots of flashing lights on it; they also made us put on headphones that some random words came out of. The thing is... it was very boring, so boring in fact that I fell asleep halfway through and when I woke up I was in my room with a strange burning sensation in the back of my head, I'm so glad that I passed out otherwise I wouldn't have been me! All my personality gone! In that instance!

I was so scared that day, that I would be found out and made to watch and listen to the boring box. BUT! Here I am! Four whole years later and they still haven't found me out! Hehehe what absolute baboons! These silly idiot monkeys don't even know what they have done when they brought me here, It ruined their whole, stupid operation! When I get out of here, and when is the question, they will be all screwed! MUHAHAHA! I promise I'm not the evil one in this story. 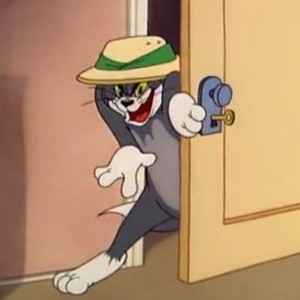 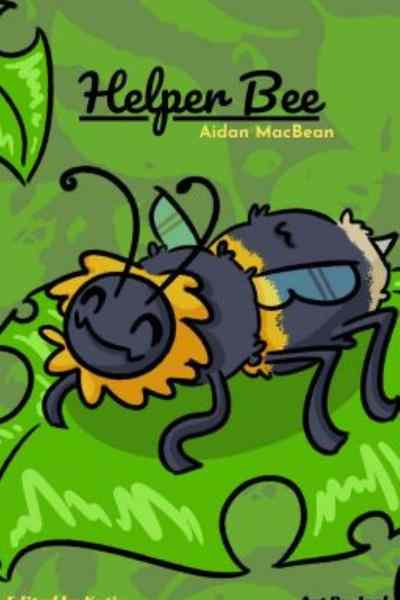 What would you do if you were trapped in a prison and you got given a great power?
Break out, right?
So what if this "great power" was a bee which was overpowered as heck, and you, and only you, have the power to command this little guy, what would you do?
Because with great power, comes great responsibility.

Editing was done by my amazing girlfriend Katie because I'm so bad at spelling
Art was made by the great Jack, go follow them on Instagram @wormtacular and @t0xic_socks
Subscribe 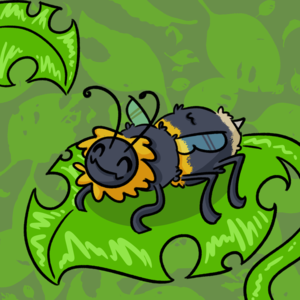