Tanya stopped in her tracks with a huff, looking up at the slightly old apartment building a few feet away from her. She couldn't stop herself from frowning, gripping tightly the small box clutched in her right hand.

The thought of living by herself still scares her. Even after her parent's disappearance all those years ago, she hadn't felt truly alone. Her uncle Victor always made sure of that when he took it upon himself to take care of her despite having his own family.

Now, staring up in the three-story apartment made her feel so small… Alone...

Fuckin stop it! Tanya violently shook her head as if it could force away all the bad thoughts.

Still, she doesn't know if it's a good thing to start living by herself. She knows she has to do it eventually, but it just seems so soon.

I don't really have a choice. Stop beating yourself about it already!

She'll be damned if she had to spend another minute with her aunt and cousins who clearly finds her presence unwanted.

It's fine. Tanya reassured herself not for the first today. She's sure it ain't going to be the last.

She wiped the sweat on her forehead with a huff and started to the apartment building.

The building itself isn't that bad. In fact, it looks decently maintained. But the lack of people in it the few times she visited in the past weeks makes its atmosphere a bit unnerving. Now looking around, the whole street lacks people. Maybe it's the fact that summer break just started, a lot of students from nearby universities went home.

Good for them to have a home to go to, Tanya bitterly thought. It still pisses her off that she got kicked out of her uncle's house right after his funeral. With the money her uncle left her, she doubts she could survive in the fourth month.

She had yet found another job that could truly support her and pay for her tuition fees. Maybe it's a good thing that summer break just started. She would have the chance to take on multiple jobs to save up when classes finally started.

Maybe I should worry about my money problem after I could finally settle in.

What happened next was a blur. She got her apartment key from the landlady and asked her to install extra locks. Tanya didn't even care to explain anything to the landlady and just left, leaving the older woman confused. Next thing she knew, she reached the third floor taking in the view of the rows of apartments. She could see five in total on her floor.

Tanya would've continued walking if it weren't for that one odd thing she couldn't ignore. There was a carefully placed basket of fruits in front of one of the doors. She had a suspicion that it was her new apartment's door.

She gulped and carefully looked around. The hallway looks deserted, but she couldn't be sure.

It's fine. She thought once again, now for a completely different reason.

She stomped toward the basket, proving her suspicion right as she stared at the number at her door. Apartment 303.

Tsk. Tanya glared at the basket, kicking it out of the way. She's pretty sure this thing isn't from kind neighbors welcoming her to the building. The familiar blue rose and blue card is a strong proof of that.

"How did they find me?" she whispered harshly in her shaky breath.

They followed her! Her damn stalker followed her to her new apartment before she could even settle in.

She looked around the hallway once more, not seeing a single soul. They probably left already. Closing her eyes, she took a deep breath trying to calm herself.

God damn it. That guy is fast. She huffed in annoyance after the initial shock left her body.

Tanya fished the key from her pocket and quickly unlocked the door.

She took another glance at the basket of fruit. Is it alright to leave this thing in the hallway? But it might piss her neighbors off if she won't throw this thing herself.

With one huff of annoyance, she grabbed the basket and finally got into her apartment.

Tanya woke up with a gasp, beads of sweat running down her forehead. Her heart skipped a beat when she took in the unfamiliar surroundings in the darkness. It took her a few moments to remember where she is.

Right. She just moved earlier this afternoon. After putting down her backpack and the one box of belongings she has on the front door, she went straight to the bedroom. She can't even remember where she put that damn basket she got from her least favorite person in the world.

Tanya just immediately flopped to her new bed. She didn't even care about the thin bedsheets and that one crappy pillow. She just succumbed to the exhaustion and fell asleep.

It's already dark out. What time is it?

She was about to grab her phone on the bedside table when she heard it...

"What the…" Tanya sat up, now fully awake and painfully aware of her surroundings.

What was that? Is she hearing things? Or is that a deep voice of a man singing.

She sat still, scanning around her small room for any movement. Oh god. I hope it's not that fuckin' stalker. Tanya silently prayed, her breath noticeably quickened.

There it is again! And it's not stopping.

Are the walls so thin? Is it just her neighbor singing?

The voice is so close. She's pretty sure that the voice is coming from the same room as her.

The strange melody continues to resound around the room. The deep male voice is singing in a language unknown to Tanya. Its hypnotic voice singing to an unfamiliar tune. The song almost sounds beautiful to her.

Tanya slowly stood up, still listening to the song closely. She starts to take small steps following the voice, walking slowly, not making a sound.

She keeps walking and walking…

Then she found herself face-to-face to the closet door just near the foot of her bed. The voice is much louder than ever. She could even feel the presence behind the door.

Someone's there! Oh, god. Is it them?

Tanya gulped, extending her trembling hand to the doorknob. But the voice seemed to sigh, stopping her from grabbing it. Then the song continues after that strange few second pause

There are so many things that could go wrong if she opens the door. She could get jumped and her uncle is not here to protect her.

But, it's her chance to finally confront the person who constantly gives her unsolicited gifts.

Fuck it, let's just get this over with!

In the back of her mind, she knows she's being stupid. But she refuses to back down. That creep of a stalker of hers has been tormenting her these past few months. Now is her chance to finally confront whoever that person is.

Tanya took a deep breath, gripping the knob so tightly, before forcefully yanking the door open.

But the singing abruptly stops. Now replaced with a deafening silence. Even the presence she felt before was completely gone.

The slight bravery she felt just mere seconds earlier is now completely out of her system. She was instead left a trembling mess, staring dumbfounded at the empty closet she just opened. 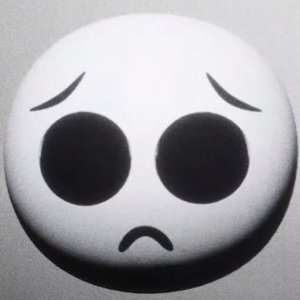 I instantly connected to her writing style, her storytelling, her characters. If you have some great stories like this one, you can publish it on Novel Star, just submit your story to hardy@novelstar.top or joye@novelstar.top 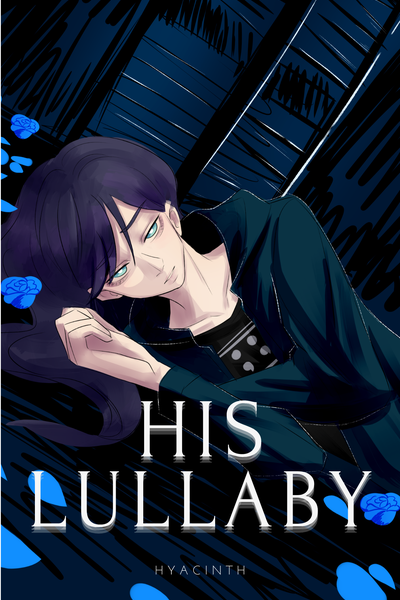 Tanya just moved into her new apartment, and she immediately hears this strange song that seemingly came from an invisible source. Who is singing? What does it mean?

But with the trouble that followed her from her previous home, does she really have the time to worry about the mysterious singing voice? 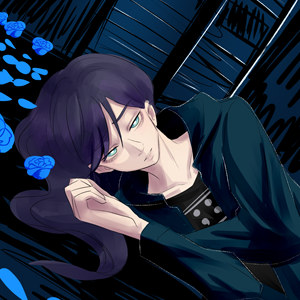