Hymn of the Beasts

Born and raised in the comforts of the city, Helena Lester lived nothing short of a full life. Unlike many adults in their early 20s, she never felt a need for escape. Her heart was in the city that never slept, and her head was in the clouds with the high rises and the bright lights. Her mother wished her well every morning, her father did her laundry during the weeks she’d be working overtime-- despite the nature of the world, she was comfortable. She wished her sister could see how successful she’d become, but Helena knew she’d be proud that she decided to follow in her footsteps and protect the city.

Almost every province, be it large or small, sets aside resources for beast protection. These officers, moreso known as Sentries, protect their home from any of the wild creatures that might slip into the city to wreak havoc on its citizens. They perch in the forests, settle in the plains, burrow in the deserts-- where life can thrive, beasts can, too. Some speculate they’re a recent product of mankind, while some say they’ve always existed and man merely “activated” them. Regardless of their source, Helena’s job is to keep these dozen-eyed monsters and hell-screeching anthropomorphs as far from the city as possible. But, in some cases, the line between man and monster gets blurred. Helena often used to ask herself if they were one in the same-- were they both bad? Or did they both have the capacity for good?

Is it normal to want to help the things we’ve sworn to destroy?

Helena climbs into the driver’s seat of her car and turns on the ignition. The necklace hanging around the rear view mirror sways with the motion of the vehicle; she runs her thumb over the treble clef pendant at the bottom. Her and her older sister butted heads often, as siblings do, but music was something that always brought them together. Helena swerves onto the highway, heading for the outskirts of the city.

As the last hints of sunlight finally leave the sky, more and more lights flicker on across the horizon. Elk City is nothing without its nightlife; a metropolis that sleeps is no metropolis at all. Bikers rev their engines and swerve between cars, racing one another down the highway. Helena’s thankful she’s not in law enforcement, as the citizens of Elk City tend to stir up plenty of innocuous trouble to keep their hands full. Life was tumultuous and clumsy. Ironically enough, the imperfection almost made it feel perfect. She wondered if that was why the beasts tried to get into the city-- they wanted to be part of it. To be human is to be fallible.

Helena’s car slows to a stop in the dirt lot. She carefully slips her utility belt around her waist after rolling the windows down and cranking up the radio. Whenever she was on duty, her colleagues would know from miles away.

“Helena!” one of the other Sentries yells. He jogs over, nearly stumbling on the curb. Helena’s used to his chronic clumsiness, but it never gets any less entertaining to see him putting maybe a little too much pep in his step. Helena shuts the car door and climbs onto the roof, dangling her feet off the side.

“Julius!” she responds, matching his excitement. “You’re a sight for sore eyes. Never expected you to take up a night shift.”

“It was pretty last minute. You know me, always trying to play the hero. Plus, I could use the extra cash. Somehow, I managed to completely snap one of my dining chairs in two, and I have family coming to town next week. My luck is just impeccable.”

“Well, don’t do anything stupid on duty. Might want to be careful tonight, considering the moon.”

Julius chuckles. “Are you telling me or telling the beasts?” Helena wasn’t fond of keeping secrets, but Julius was her shoulder to cry on when news first broke of her sister. She owes him a great deal. He climbs up onto the car and joins her. “Plus, I knew you’d be working and I wanted to see you.”

She shoves his shoulder. “You’re a sap.”

It was true— back when the two were still cadets, mischief was their main objective. Neither of them believed in all work and no play, even with a job as vital as beast protection. Helena would climb cranes and tumble down corridors while the two were on watch on the easier days-- on the harder ones, when the beasts were in motion, Julius was always watching her six. They’ve experienced more near-death experiences than any person should, but thanks to each other, that’s all they were-- merely a brush of the hand with their own demise. Helena isn’t keen on losing another person she once thought the world of, and Julius refuses to bury the one individual he trusted with his secrets.

Julius turns his hand over mid-air, watching it cast shadows in the moonlight. Even though it was the bane of his existence once or twice a month, he deeply admired the way the moon pulled the tides, looked after crops, and illuminated towns long after they turned out their own lights. He begins to ramble on about something-- his relatives, his broken chair, something like that-- but Helena’s attention is drawn towards the broken chatter interfering on the radio. It fades in and out between notes and melodies, mostly incoherent, but some of it feels clear as day. “15 miles north from Elk City,” the voice says. “Two in the forest-- the creatures-- hostile-- be careful, please.”

She climbs down from the car and beckons Julius to do the same. “Do you hear that?” she asks.

“No, they were discussing something outside Elk City. Beasts, maybe.” Her gaze meets Julius’s. “I’m gonna chase it.”

“Helena, you’ll get put on probation for leaving your post--”

“If this is something important, hopefully the Sentry Officers will understand. But I have a strong feeling I should go after this.” Helena wraps Julius in a tight embrace. “Be safe, alright? And don’t throw me under the bus.”

Julius rolls his eyes. He knows there’s no talking her out of something she’s made up her mind about. “I won’t.”

Helena shifts back into gear and speeds off through the lot. Julius watches her disappear down the road, heading away from Elk City’s flashing lights and into the unknown. 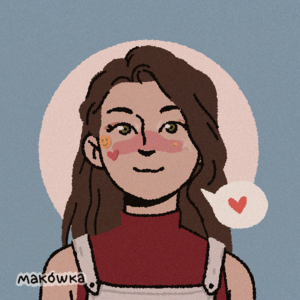 Wow, for such a short piece the amount of the world you show is incredible 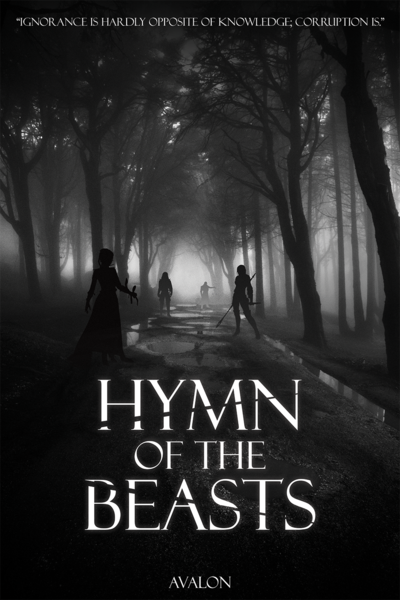 Hymn of the Beasts

In a world where hostile beasts lurk in the wild, towns and cities must protect themselves from the havoc they might wreak. But when a young Sentry tasked with protecting Elk City against these beasts hears chatter over the radio, she can't help but chase it to the source. She runs into some unlikely friends, foes, and creatures that she feels obligated to help-- and in return, they might be able to help her solve a mystery of her own. 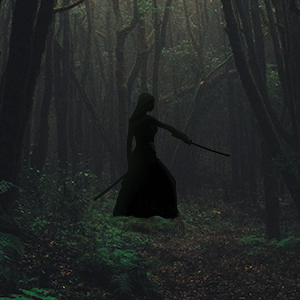