I was Reincarnated as a Gay Princess

My name is Chul Ha. I am a senior in high school; I've earn scholarships for many schools and earn nearly all the achievements this school has to offer. Classmates all call me stuck up, or I am that one rich kid but in reality. I'm dirt poor-

Ever since elementary school I've been training my skills in negotiation. Lunch prices, supplies from other classmates, and even clothing off of a bum's back; negotiation and little of gambling has always been my best friend. Until I met him,

Remember me mentioning I only ever earned 'nearly all' of the achievements well this fool of a human being has earned all the ones I never had time to earn. We always are neck and neck in education. He was once my main target for mooching off of but he was different. He never fell for it, but he'd always buys me whatever I asked for, but only if I did one thing.

This guy crazy!! Even if reincarnation was possible, that would require us to die, I'M TO YOUNG TO DIE!

"You making that face again Chu~," Hak-Kun snapped his fingers.

The two of us sat outside while once again he tries to get me to 'reincarnate' with him. He always follows the same steps, he buys me lunch, we talk about our last class's assignment, and then he suddenly goes on his rant about the after-life.

"The least 'I' can do!?" This man is asking me to give my life to repay something as small as giving some food to the poor!

Hak-Kun titled his head as if he was considering his options then shook his head.

"Everyone else called my idea stupid."

That's because it is.

"You always listen to me!"

That's because you feed me.

"-Not only that you're smart."

He really is a lunatic, and I was this guy's 'friend'! What have I done to get up to this point in my life?

"Chul Ha walk home with me, just for today."

"Why are you asking suddenly? You better not be planning something!" I said, scooting away.

"No. We're friends right? We can play games at my house!"

I don't trust your games. For all I know your favorite game could be real life hangman. But he is my friend...

Hak-Kun smiled as he leaped off the bench, despite his strange dream of being reincarnated he's very carefree and nothing seems to bother him. I wish I could be like him. Adapting to new environments and ideas has never been my strong suit. As the day continued the dreaded thought of being alone with a psychopath had finally sunken in, this is it, this is the day I die.

And it will be to the hands of the one I once called friend (free food) I could always text him and tell him I left early but he's too fast so it's not like I can run. Maybe it was because it was a sudden request that I agreed, plus I never had friends before so maybe a part of me wanted to stay with him no matter what psychopathic things he's into.

Nah, I just can't lose free food, if it goes south I'll just back out, he wants to reincarnate with me so he wouldn't die without me! " ..." Don't worry Hak-Kun I won't let you down!

"Chul are you ready?" Hak-Kun hovered over me as I slowly packed up.

"I realize I never been to your house before what's it like?"

He shifted for his phone and pulled it out from his back pocket. Hak-Kun then held it out so I can see his lock screen, there was him, his parents, and what I guess to be his younger sister standing outside of a giant hotel.

"My father owns this huge hotel we live there on the top floor."

"Oh," I said sarcastically at first, "OH WAIT, is your dad-"

Hak-Kun covered my mouth before anyone else could hear me. He held his finger over his lips and had an oddly fitting worried expression on his face.

"I never really told anyone before so let's keep it a secret for now." He winked and held his hand out. "Let's go partner!"

With a sigh, I take his hand and I am dragged outside of the school.

"Let's grab something to eat!" 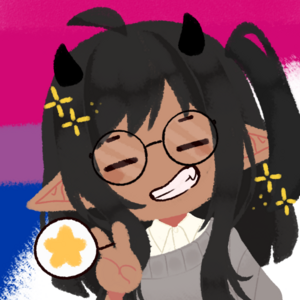 Chul Ha is known as another rich, know-it-all, little does everyone knows he is dirt poor and gets past life hiding behind his close "friend" Hak-Kun Hyun. Hanging out with him comes with a different price of its own though. 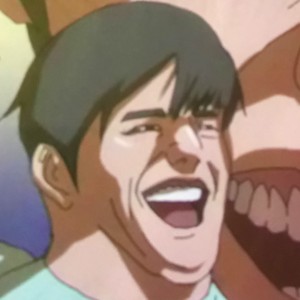 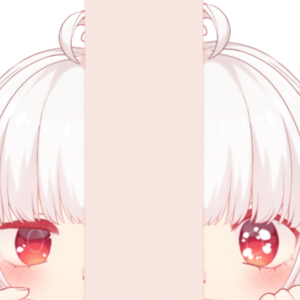 I was Reincarnated as a Gay Princess

Rumor has it that those who die at the same time are reborn as twins. Is this the case for them?

Chul Ha and Hak-Kun Hyun are in their last year of high school. Both have amazing grades, good looks, and a close bond. The thing is Hak-Kun has a very odd request for Chul,
"Reincarnate with me!"
and little does Chul knows this guy is dead serious! (No pun attended)

Updates 3 chapters at a time! (Every month)

Based on the classic "I died and was reborn as a princess" trope!
Cover:
Fire Alpaca
Picrew ( https://picrew.me/image_maker/40450 )
Written by: Forrest N. Davis (GodKarmi)
Subscribe