After years of planning, diabolical twins finally completed their creation: a complex robot AI whose only goal was to perfect the race of Homo sapiens.

To do so, it must purge humanity of its wastes.

The whirring of the machines filled the factory with noise.

The shadow of a man only seemed to make the blinking buttons brighter. He had succeeded in buying the facilities for one day. It had cost him more than just his lifesavings, for he had also borrowed one billion dollars from myriads of different loaner companies. However, no matter the cost, the result would be completely worth it.

His creation will completely change the world. There will be people against his ideas, but they will eventually come to accept his new doctrines. If they resisted further, well… he couldn’t guarantee they would survive unscathed.

After all, he only wished the best for humanity.

He smiled one last time before pulling out his antique pistol, aiming it at his head, and pulling the trigger. The blood’s dark red hue stained the pristine carpet, seeping into the hardwood flooring beneath it. There was no need to worry about the factory workers stumbling upon the mess. His creation was programmed to dispose of his body and cover up his death.

The next day, the original factory workers entered the building to find a robot waiting for them.

“Hello, I am model 01.” It produced two envelopes from its torso compartment. “Please read the tan letter. Send the red one to:

A burly, tattooed worker sauntered up, swiped the two envelopes, and tossed the red letter to his partner – a mousy looking guy. The partner attempted to open it, disregarding what the strange robot had warned against. In an instant, the AI shot a high-energy beam at the man.

There was no body left to fall on the concrete floor. The remaining worker stared in horror as a person was turned into mere ashes. Model 01 turned to face him, ominously repeating its initial message.

Hello dear readers! Thank you for partaking in my novel, Insolence. I want to say that although this chapter is short, the following ones will be much longer. 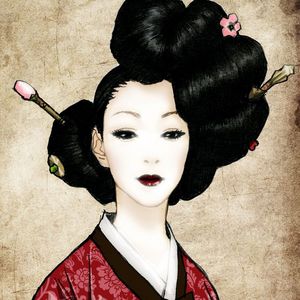 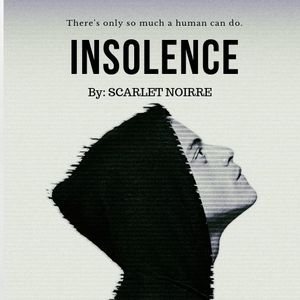 Humanity was doomed.
After years of planning, diabolical twins finally completed their creation: a complex robot AI whose only goal was to perfect the race of Homo sapiens.
To do so, it must purge humanity of its wastes.

[Inspired from Netflix Original "I am Mother"]
Note: this novel contains DARK AND MATURE themes. Please read at your own caution.
Subscribe 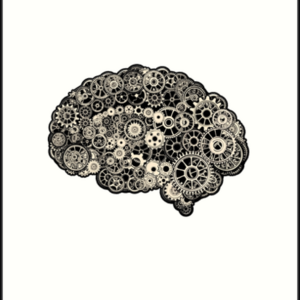